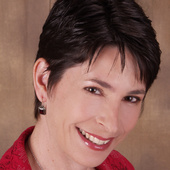 Get to know Tamima Friedman*

Tamima Friedman helped open Keller Williams NJ Metro Group in 2010, after 7 years at RE/MAX, where she was a five-time 100% Club member, recognized for her high sales volume. Prior to her move to NJ, Tamima spent ten years in Asia, with extensive stints as a journalist in Hong Kong and Tokyo. Before that, she worked in the department of Artistic Affairs for the American Symphony Orchestra League in Washington, DC.

Settling in Montclair in 1996, she has owned two lovely homes, including a 120-year-old Victorian, which she renovated from top to bottom. A professional writer and music critic who studied piano at Oberlin and the mother of two teenage girls, Tamima has sung with the Oratorio Society of New Jersey and is past president on the board of Essex Youth Theater. She holds the Green and ABR Designations from NAR and is a member of the The Green REsource Council and of Temple Ner Tamid in Bloomfield. She has also served as a coordinator for the Purple Dragon Organic Food Coop. Having lived around the world, she understands the importance of providing her clients with a high level of service -- an infinite patience -- in their search for the perfect house.

Tamima has received the NJAR Circle of Excellence Sales Award, 2011-Bronze and Silver for 2012. In both 2012 and 2013, she was named a Five Star Real Estate Agent by NJ Monthly Magazine. She has extensive experience in helping her clients sell or buy homes in the highly rated towns west of New York City, including Glen Ridge, Montclair, West Orange, Clifton, Bloomfield, Maplewood, South, Orange, and the Caldwells. She currently resides with her husband, Dan, daughter, Beryl (older daughter Hannah is a junior at Bard), and their two dachshunds, Winston and Honey.