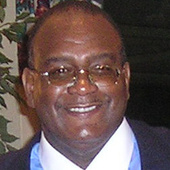 Get to know Dwight Walker

This page is located on the U.S. Department of Housing and Urban Development's Homes and Communities Web site at http://hpaduwp054.hud.gov/local/nj/homeownership/2002-09-18.cfm. Community Through Partnership: Corinthian Grace Estates  Information by State Print version   Corinthian Grace estates provide housing opportunities for low and moderate income families Corinthian Grace estates provide housing opportunities for low and moderate income families. Essex County Sheriff's Office patrols the Corinthian Housing development in an effort to improve overall security of the area. On September 18th, New Jersey Governor James McGreevey and various local officials dedicated Corinthian Grace Estates, a 23-townhouse development on Holland Street in Newark. The $3.8 million development, sponsored by the Corinthian Housing Development Corporation is an example of how HUD funds can be partnered with a variety of other local government programs and private financing for the purpose of achieving redevelopment in urban areas. In this instance, this development is part of a larger and much needed revitalization plan for a portion of Newark's West Side. The townhouse development consists of three- and four-bedroom homeownership units, eleven of which are for moderate-income families with twelve being subsidized for lower income homeowners. The homes range in price from $99,000 to $120,000. The funding for the development included nearly $360,000 for construction from HUD's Home Investment Partnerships Program (HOME), $1.7 million from the New Jersey Housing and Mortgage Finance Agency's Urban Homeownership Recovery Program and private funding from a number of local banks. This project is just a portion of a larger revitalization plan being pursued by Corinthian Housing Development Corp. (CHDC), an organization created by the First Corinthian Missionary Baptist Church of Newark. Having already constructed 96 units of rental housing, CHDC has overall plans to develop a 15-block area in the surrounding community with housing, retail and daycare services. As indicated by Dwight Walker, CHDC's Executive Director, CHDC sees its plan as more than just housing, but one that improves the quality of life in the area and creates community. As part of this more comprehensive plan, CHDC was awarded a HUD Safe Neighborhood Grant for $250,000. This grant was used for improving the overall security of the area and for the purchase of a Mobile Command Center Vehicle that is being used by the Essex County Sheriff's Office to patrol the CHDC community area. Additionally, CHDC was also awarded HUD New Approach Anti-Drug grants in the amount of $494,000. These funds will be used to fund the operation of an overall community security partnership. Portions of those funds will be used to hire local Essex County Sheriff's Department and Newark City Police officers to patrol the CHDC community area, as well as to augment those efforts through the hiring of private security agents. In addition, the physical security of the area will be improved (lighting, etc.), and a Neighborhood Network computer center will be established to improve the quality of life of residents in the area.     Content current as of 1 January 2010   U.S. Department of Housing and Urban Development451 7th Street, S.W., Washington, DC 20410Telephone: (202) 708-1112  Find the address of a HUD office near you

"We Will Sell Your House, Or ERA Will Buy It!"®

My name is Dwight Walker I have been in the real estate business for 20 years, 15 of them as a housing development specialist and 5 years as an Chief Executive Officer of a housing development corporation building affordable and market rate housing. Now as a realtor I bring a wealth of experience to meet all of your housing needs. As a housing developer I understand the little details that make a house a home. I have built communities so I know the details that you and your love ones need in a neighborhood it is by job as your realtor to pay attention to those things that make your experience an enjoyable one. Competitive CityBusiness, Community Developer of the Year Award