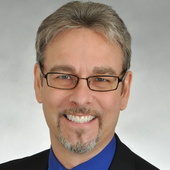 I have served the Sarasota area real estate market since 1992 and LOVE my profession, my location, and our community!

Get to know Dave Swenson

Dave Swenson - Dave Swenson has been licensed since 1992. In 1995 he became Sales Manager for Creative Realty of Sarasota, achieved his Broker's license in 1996, and in March of 1997 he purchased the firm.  He grew the business to 25 agents in 2004, and affiliated with EXIT Realty in January 2005.  He served on the MLS Committee for the 2 years leading up to the MLXchange conversion.  He also served for 2 years on the Grievance Committee before chairing the Committee in 2007.  He is also serving on the Professional Development Committee this year. He is an Accredited Buyer's Representative (ABR), and is well on the way to earning his Certified International Property Specialist (CIPS) designation.

After achieving his AA degree with an emphasis in Psychology, he transferred to Sarasota and attended New College.  Growing up in Minneapolis, Minnesota, Dave was an accomplished classical pianist who won the State contest 5 times. Dave has also been active in theater and has had several roles in church productions since moving to Sarasota in 1989.

Dave enjoys international travel with his wife Marsha (she is the Office Manager at EXIT Creative Realty).  Together they have enjoyed trips to Italy, France, England, Ireland, China, Australia/New Zealand, Alaska, Cancun/Cozumel, Spain/Portugal, the Caribbean (3 cruises), and three provinces of Canada.

Dave and Marsha enjoy riding their 2005 Honda Goldwing around town and around Florida and the Southeast U.S.

February and the Bottom of the Sarasota Market

Sarasota Florida is on SALE!

Buy a Home for the Holidays!

I have served in general real estate since 1992.  While residential real estate has been my main focus, I have had a few commercial transactions.  I have also been working with an investor the last 4 years purchasing and rehabbing foreclosure properties.  I was a wallcovering/painting contractor for three years prior to entering real estate.  My wife has worked with interior designers for numerous years and we almost purchased a Decorating Den franchise.  Having a background and current experience "staging" homes has been a strength that I pass on to my Seller Clients.  I have the ABR designation (Accredited Buyers Representative) and I'm working toward my CIPS (Certified International Property Specialist) designation to serve clients in our expanding global market.