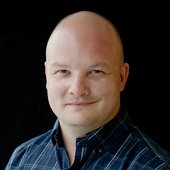 Your Kelowna Realtor®, taking the stress out of buying or selling real estate in Kelowna, Westbank, Peachland, West Kelowna, Lake Country,Vernon or Westside communities in the Sunny Central Okanagan.

Get to know Jason Neumann

Having lived in British Columbia my entire life I really feel somewhat spoiled. The abundance of things to do and see in our beautiful province is truly amazing! I grew up for the most part in the Lower Mainland with the bulk of that time in Abbotsford. I was one of the very fortunate kids out there that didn't move a whole lot so I had a great core of friends right through high school. Growing up in an agricultural city was one I am thankful for. I have terrific memories of picking ripe strawberries and raspberries as a young boy. I even sold John Deere tractors for a time and truly loved the experience.

As a family we traveled to the Okanagan yearly and hit every water-slide park that was out there at the time. I distinctly remember looking at the gorgeous landscape in Kelowna as a child and thinking "this would be a cool place to live!" Well, I guess wishes do come true as my family moved here a few years ago and we have loved every minute of it. During the various seasons we like to explore the Okanagan and spend time at the beach, the ski hills, the local shops, pick fresh fruit in the orchards or whatever else seems like fun for that day! Kelowna really is a special place!

As a Realtor ® , my philosophy is to make the buying and selling process of real estate an enjoyable experience for everyone!  When my clients are faced with tough decisions and need some guidance or advice I am there every step of the way.  The most important thing that I do for my clients is put their needs and wants at the forefront of everything that I do.  My core values are: Honesty, Integrity and to be considered Trustworthy.  The highest compliment I could ever receive is the referral of a friend or family member.  It is about being so much more than talk, it is about being true to your word through action!

I may not be the biggest name in Kelowna Real Estate...

I am simply the best name!

K.L.O. - means "Kelowna Land and Orchard Company", the company owned most of the land in that area for many years.

Kelowna's Fall Wine Festival is ranked amongst the "Top 100 Events in North America" year after year.

Mount Boucherie is one of five extinct volcanoes found in the Okanagan.

The "Sunny Okanagan" earned its namesake due to the over 2,000 hours of sunshine that recreational enthusiasts enjoy each year.