Can Realtors be Trespassers

1 Comments
YES THEY CAN, and they can be shot too! We sell vacation homes, waterfronts, weekend get-aways and timberland in beautiful East Texas,  Some of it is on paved county roads, some places are miles down dirt roads, some have gates and some don't.  Some gates are closed, locked or not, some have catt...

4 Comments
Anyone else losing deals this month?  I'm 0 for 3, seems like more than half my contracts are failing this year (compared with about 10% last year), for all kinds of reasons; inspections, appraisals, credit, sometimes the buyer just gets cold feet.   Help!!

0 Comments
This week was a setback! A client I have been working with called to say that they were closing on a property that they had sold, and were ready to purchasa a lot they had been talking to me about.  The lot was the cheapest in our inventory ( $1,750.00), but we were getting a full 10% commision (...

2 Comments
Much has been written and studied concerning the allocation of resources in marketing, especially in managing a sales force. It's common to want to support the weaker members of the team, especially as resources become scarce, it's compassionate, and generous, but it almost always the wrong busin...

1 Comments
Thanks to Barbara Collins, the Grand Dame of the Huntsville, Texas real estate community, for introducing me to Activerain  Lets go sell something, Barb!

5 Comments
Hey!   Great to be a REALTOR in East Texas these days! I'm new to blogging,  this post is my first effort,   just to kinda 'break the ice'.
Back to Top Archives
Rainer
35,659 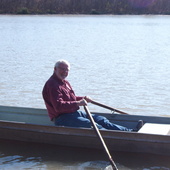