Like
Home > Blogs > Virginia Hepp - Mesquite NV REALTOR > Blog-Home
I have been a TOP Mesquite NV Realtor since 2005 - and still loving it. If you are looking for a real estate agent with experience with Active Adult Communities and 55+ as well as new home subdivisions, I might just be the one to help you! I have listed and sold homes in gated communities, golf course homes, town homes and condos. The best place to start is to find out about neighborhoods, HOAs and amenities. I have listed and sold many homes in Sun City Mesquite and would love to show you around. Call or email me and let's get started!
RECENT BLOG POSTS

11 Comments
Just in time for Mesquite NV Income Tax Season |Real Estate Buyer Taxable Deductions - Info is not just for First Time Buyers.Thank you, Anita Clark for writing an easy to understand reminder of some of the tax benefits of owning a home.  There are quite a few costs of buying as well as with sell...

8 Comments
Community OPEN HOUSES - Falcon Glenn is a North Mesquite NV Golf Course Community surrounded by the Falcon Ridge Golf Course.  Built by Ence Homes of Utah - All homes are built to Ence's homes high standards and are 5 Star Energy Rated for energy efficiency.There are currently 5 homes for sale in...

11 Comments
Mesquite Nevada is a small town in Nevada - Here is a video of our little Oasis in the Desert.You might be surprised at how many things there are do to here.Plenty of golf and casinos, but outdoor fun, too!  Mesquite NV Videos

1 Comments
Saturday July 5th 2014 1pm - 3 pm - Great Day for an OPEN HOUSE in Mesquite NVTake a look at one of the nicest townhomes with a garage on the north side of Mesquite - Scenic View is kind of a secret neighborhood - bet you didn't even know the neighborhood is nestled right on the Arizona-Mesquite ...

17 Comments
Some of the best views in Sun City Mesquite NV are from edges of the subdivisions.  Pictured below is the view of a home for sale high on a ridge in Frontier Pass.  From the back windows of the home, you can see over Mesquite, all the way to the mountains in Arizona.  Imagine the sunrise!

4 Comments
Putting is half of the game of golf, is that right?  At Sun City Mesquite 55 + community for active adults in Mesquite Nv, residents have their own 18 Hole Putting Green.  Not part of the Conestoga Golf Course, this is a feature for residents only.  The first time I tried it, I thought "Cool, lik...

3 Comments
Moving to Mesquite Nevada - these guys do a wonderful job moving your furniture. You might need a truck unloaded or loaded, or maybe just move some stuff in from storage.  Whether you need a big job or just want to move your furniture around the house ... Sometimes I will have buyers who build a ... 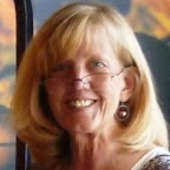