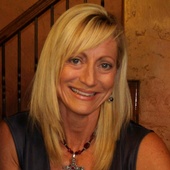 By Sherri Berry, Murfreesboro TN Homes & Real Estate
(Reliant Realty, Murfreesboro)
Few buyers are aware of how important it is to make sure the roof on the home they are purchasing is free from defects and storm damage.  After all, from the ground a roof is just...well a roof!  Does anyone really pay attention to their roof unless they begin having leaks or issues?  If a roof has visible damage, a home inspector will usually note these items in their report.  If the damage is minor, it may be possible to repair the roof by simply replacing the damaged shingles.  If the roof is fairly new and the same like kind and quality shingles are available, the repair may be completed and be barely noticeable.   But a roof can be much more complex than many home buyers are aware of.  The Atlas Chalet shingle was a very popular shingle that was used extensively in both new constru... 01/27/2015
Comments 4

Be Careful - That's not a lost Easter Egg

By Larry Brewer - Benchmark Realty llc
(Benchmark Realty LLc)
I thought I had seen it all. I listed a home in Murfreesboro for a friend last month, and since everything in the area has been selling quickly, I thought it would be a low drama, fast close situation. Part of that is true, but the low drama was not.My client has a dog, and he somehow managed to get out of the fence surrounding the back yard, so my client goes looking for him in the woods behind the house. He finds the dog, and something else caught his eye.What appears to be a live grenade was in the woods. Since my client has been in the military, he did the smart thing and called the police, who in turn called the bomb squad, and the carried it off in a protective case to do whatever they do with something like this. How long had it been in the woods, nobody knows. But it's a good th... 12/16/2014
Comments 7 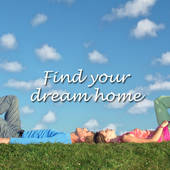 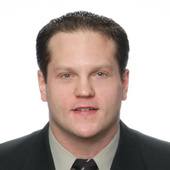 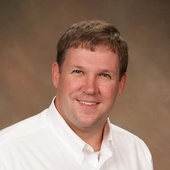 By Todd Taylor
(Keller Williams Realty - Murfreesboro TN)
14th Annual Easter Eggstravaganza in Murfreesboro Tennessee If you are looking for something fun this weekend in Murfreesboro Tennessee, then you will be happy to know that this Saturday at the Historic Sam Davis Home and plantation the 14th Annual Easter Eggstravaganza will be held. Easter activities will be from 10 am until 12 pm, and three egg hunts are scheduled to take place in the morning: Kids ages 0-3 hunt at 10:30 a.m., ages 4-6 hunt at 11 a.m., and ages 7-10 hunt at 11:30 a.m. Guided tours of the estate will be given every hour as well. Location:  1399 Sam Davis Road Smyrna, TN 37167  Historic Sam Davis Home and Plantation Admission:$2 per person (over six months of age) For more information, please call (615) 459-2341. http://www.samdavishome.org   I hope you found this post ... 04/18/2014
Comments 0

Murfreesboro Real Estate Tips- How To Build A Flagstone Walkway

By Todd Taylor
(Keller Williams Realty - Murfreesboro TN)
Murfreesboro Real Estate Tips- How To Build A Flagstone Walkway If you are looking to improve the look of your walkway without having to pour a concrete slab, then you might consider building a flagstone walkway. It requires fairly basic materials and looks very natural when you are finished. In this article you will learn step by step how to build a flagstone walkway.  1. Lay out 2 garden hoses to mark the sides of the walkway 2. Take a shovel and make cuts into the ground where the garden hose is 3. Remove garden hoses and dig out pathways 3-4 inches deep 4. Install metal edging to hold everything inside the path when complete 5. Lay down garden felt to mimimize roots growing through 6. Pour in pea gravel to fill the entire trench 7. Lay out flagstones where you want them and tap a fe... 04/16/2014
Comments 1

By Todd Taylor
(Keller Williams Realty - Murfreesboro TN)
Murfreesboro Real Estate Tips- 5 Mortgage Tips For 1st Time Homebuyers   If you are looking to buy your first home, and you plan on financing it as most people do, you will find this article very useful because you are about to learn 5 mortgage tips for 1st time homebuyers that can help you to be more prepared for what is ahead. Murfreesboro Real Estate Tips- 5 Mortgage Tips For 1st Time Homebuyers   1. Be ready to document your finances such as bank statements, income, assets, etc.   2. Lock in your rate as soon as possible before the rates rise again/   3. Shop around, and find the best rate you can find.   4. Pay attention to your credit score. Often better rates go to people with higher credit scores.   5. Watch your spending habits so mortgage lenders will look at you as a more sta... 04/14/2014
Comments 0

By Todd Taylor
(Keller Williams Realty - Murfreesboro TN)
Murfreesboro Real Estate Tips- Limestone Tile Vs Porcelain Tile If you are looking to install new tiles floors in your home, then you should find this article very useful because we are going to discuss how limestone tile compares to porcelain tile and see which one is better in different ways. Limestone- A natural stone Porcelain- A manufactured stone Limestone- Natuarally soft & porous Porcelain- Hard & more resistant to wear Limestone- Requires regular cleaning and maintenence Porcelain- Requires less cleaning and maintenence Limestone- Natually has more blunt edges reducing likelyhood of chips. Porcelain- Has a sharper edges allowing for tighter grout line Limestone- $1.39-$7.49/ square foot Porcelain- $1.55- $21.69/ square foot   In conclusion, both limestone and porcelain both hav... 04/11/2014
Comments 0

By Todd Taylor
(Keller Williams Realty - Murfreesboro TN)
Murfreesboro Real Estate Tips- 12 Tips For Saving Money This Spring If you are looking to do some work to your home this spring, why not spend money on things that will actually save you money? In this article you will be learning 12 tips for saving money this spring. At the end of this article you should feel confident in spending the money knowing that it will save you money in the long run. 1. Stain your fence to block UV rays preventing damage to the wood. 2. Build a rain barrel to catch excess rain water that can be use for outdoor cleaning 3. Add window awnings to block the sun from your windows, lowering your bill. 4. Repair pathways to avoid future injuries 5. Clean your ac unit to make it work more efficiently 6. Seal your vents to avoid birds and other animals from entering 7.... 04/09/2014
Comments 1
<< Previous 1 2 3 4 5 6 7 8 9 … 22 23 Next >>
Explore Murfreesboro, TN
Murfreesboro, TN Real Estate Professionals