Real Estate Agent
Glenn A Smith
My office is in Sebring, however, I live in Clewiston. I have over 11 years in the business, with a GRI designation, and a broker/associate license. Interested in listing from Hendry to Highlands Co.
Cell: (863) 677-1441
Office: (863) 385-0077
More Info

By The Legacy Group, The LegacyGroup of CrossCountry Mortgage
(CrossCountry Mortgage)
Veteran’s Home Loans for Clewiston FloridaIf you are reading this, you or a family member have likely served in our military.  First off, we would like to say a sincere “Thank You” for your service!  We recognize that not only do our Veterans sacrifice by serving, but their families do as well-, and we owe you all a debt of gratitude!One of the best benefits Veterans and their families receive due to their service to our great country is the VA home loan benefits.  We are going to outline just a few of these significant benefits in this article for you. Here are some of the major benefits you may receive by using your VA home loan benefits:*100% financing available- one of the very few loans available with no down payment!*Lower rates available than most loan programs- which saves you m... 05/11/2021
Comments 0

By Phil Stevenson, CRMP, "Mortgage Nerd" in Miami, Florida and Texas
(PS Mortgage Lending 305-791-4874 or 888-845-6630)
Generation Mortgage to Exit Reverse Mortgage Business Generation Mortgage, according to an article published on Reverse Mortgage Daily, will cease reverse mortgage originations in both its wholesale and retail departments effective October 9. The company's decision to cease operations has been attributed to highly regulated environment which has affected the industry in the past year. Colin Cushman, CEO of Generation Mortgage stated: “The decision to exit the origination business was not an easy one, but was made inevitable by the wave of recent regulatory changes. As a result of those changes, the industry has seen a reduction in the number of units, as well as a reduction in loan balances, significantly reducing origination revenues while increasing expenses.” In short, the changes th... 10/08/2014
Comments 0

By Jeff W, USDA /FHA Mortgage Source
(USDA / FHA Mortgage Source)
Why are so many Florida home buyers looking to the 100% USDA loan program?  USDA allows 100% financing!  Difference between sales price and appraised value can be used to pay buyers closing cost… or paid by home seller.  No Down Payment Required. No Cash Reserve Requirement or cash contribution requirement by lender.  Unlimited seller concessions allowed for closing costs and pre paid escrow items.  First time home buyers allowed, but not limited to first time home buyers.  Annual Fee – 0.40% of year’s average principle balance (Paid Monthly, 3 times cheaper when compaired to FHA loans)  One time guarantee fee of 2.0% for purchases and Refinance loans. Please visit us at www.USDAMORTGAGESOURCE.com for more info. All the latest program updates can be found at our blog by clicking here He... 10/02/2012
Comments 0 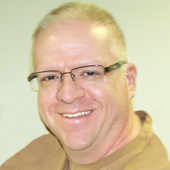 By Jay Lloyd, Allpro Home Inspection
(Cape Coral Florida)
I had the pleasure of visiting the town of Clewiston Florida. This is an old Florida town located in the middle of the state between Fort Myers on the west coast and Palm Beach on the east coast. I've passed through many times over the years and when I do I just have to stop at this little drive-through Hawaiian Shaved Ice. It's hard to believe all the Shaved Ice flavors and food that comes out of this tiny pink house. If you're ever passing through the state on route 80, stop by Hawaiian Shaved Ice. 04/17/2010
Comments 3 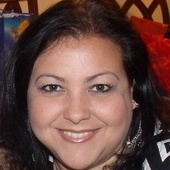 By Nancy M. Piloto, Leading you HOME
(Florida Capital Realty)
Visit us at Montura Ranch Estates.  We'll be in one of our beautiful models the BONAIRE located on Pine Cone Ave and Coral Street.  We'll be there on Sunday, September 30th, 2007 from 12p - 4p.  Have your deposit ready because you will absolutely fall in love with this place!Montura Ranch Estates is about 1.5 hrs from S. Florida and centrally located about 1 hr from Ft. Myers and Palm Beach with easy access to anywhere you want to go.  This community of over 6000 lots features perfectly sized lots between 1 and 2.5 acres with the majority of them being 1.25 acres.  You are allowed to raise your livestock in your own backyard.  Or build a stall for your prized horses.  Whatever you desire for your mini-ranch, you can do here.  The community boasts a Club House that offers you a picnic ar... 09/27/2007
Comments 0
Explore Clewiston, FL
Clewiston, FL Real Estate Professionals