"Hello, Mom. We Were Robbed"

1 Comments
The phone rang early this morning.  It was my son, a senior in college.  "Hello, mom. We were robbed". A man came into the house, that he and three other students are renting, demanding money.  Thankfully the boys did not fight with the robber rather they gave him what he wanted and he left.  You...

Some Myths and the Facts About Home Inspections

2 Comments
You have found the house of your dream, placed an offer, negotiated, came to a meeting of the minds with the Sellers....now what? It is time to do inspections. Believe it or not there are Buyers who will question the importance of inspections. Yes, there is an expense associated with having inspe...

An interesting article from NAR

2 Comments
Recently the National Association of Realtors reported that "The percentage of first-time homebuyers under age 25 has been increasing in response to historically low interest rates and continued confidence in the long-term housing market, from 11 percent in 2001 to 14 percent in 2005, according t...

4 Comments
Today I decided to get off the treadmill and go outside to enjoy a beautiful Kansas City morning.  While walking through one of Johnson County's beautiful parks I found a set of keys.  A house key, a mailbox key, an electronic office key, a Chevy key, a Honda key, and two local stores keychain sh...

KISS...we all know what that means

4 Comments
"Make everything as simple as possible, but not simpler. " - Albert Einstein  So true.  Often we, the agents, complicate what should otherwise go uncomplicated.  Is it for good cause or for ego???

Which Would You Choose?

3 Comments
In front of you are two $1 bills. One is fresh from the bank....smooth, crisp, the one you check to make sure that a second one is not stuck to the back it was, so new. The second bill is wrinkled, bent corners, looks as if it has been laundered several times and  nearly disintegrated. They are b...

Selling Your Home In This Market

5 Comments
The one truth in any market, the home that is clean, well maintained, attractively staged (both inside and out), and priced right is the one that will sell quickly. It makes sense...we all like things that are visually appealing plus fairly priced.
Previous 1 2 3 Next
Back to Top Archives
Rainer
15,006 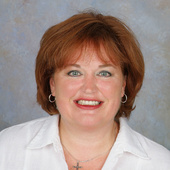