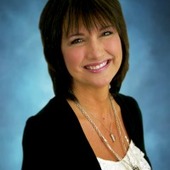 Pullman WA - A Bit of Paradise on the Palouse

By Lori Churchill Cofer, Realtor - 509-330-0086 - Pullman, WA
(Beasley Realty)
A BIT OF PARADISE - PULLMAN WA:  By Lori Cofer, REALTOR Photo Courtesy of Robert & Eric Tetzlaff   Pullman is a special piece of paradise located in the heart of the Palouse which is known for its rolling hills of wheat. The citizenry of our town is composed of local people who live and work in Pullman all year around, and the student population of Washington State University which doubles our size during the school year.  Pullman was originally named Three Forks after the three small rivers that come together in Pullman which are Missouri Flat Creek, Dry Fork, and the South Palouse. Later its name was changed to Pullman. Pullman is divided into four separate hills, College Hill, Military Hill, Pioneer Hill and Sunnyside Hill. Each hill has unique characteristics, and therefore each is ... 11/17/2008
Comments 2

Thinking of Moving to Pullman WA?

By Lori Churchill Cofer, Realtor - 509-330-0086 - Pullman, WA
(Beasley Realty)
Located in the rolling wheat fields of the Palouse, Pullman has a great deal to offer as a small town community with all the benefits of a world class university. Hi!  My name is Lori Cofer and I am REALTOR serving both Whitman County and Latah County and am a proud member of both  the Whitman County Association of Realtors and the Latah Association of Realtors.  I have lived in the Pullman Community for over 18 years and enjoy our great community comprised of both students and locals.  I am also a  member of the Pullman Chamber of Commerce and love to blog about all the great things our community has to offer as well as the real estate market.                                           I am a full service orientated Realtor.  I absolutely love working with my clients, helping them to ac... 10/17/2008
Comments 0
<< Previous 1 2 … 13 14 15 16 17 18 19 20 21 Next >>
Explore Pullman, WA
Pullman, WA Real Estate Professionals