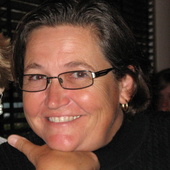 Price Reduced! .4 Acres with Panoramic Vistas of Hamm's Bluff & Beyond on the North Shore of tropical St. Croix, USVI

Panoramic Vistas of Both the North & South Shores on 1.11 Acre Plot on the East End of Tropical St. Croix

Magical Views of Green Cay & the North Shore from 1.4 Acre Plot on the East End of Tropical St. Croix

Majestic As Views as Far as the Eyes can See! .62 Acres in Prestigious Neighborhood 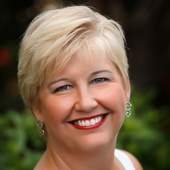 a Phoenix Rises in St. Croix

By Kim Lucas
(St Croix Island Life Real Estate)
Back in the '50's, there was a bar / restaurant in downtown Chrisitansted that was "THE" place to be, especially on New Year's Eve. I'm told that people from all over came to Club Comanche to see the old year end and start the new one. Lucille Ball, John Wayne and Maureen O'Hara are but a few of the well known folks who hung out at this establishment. Over the last decade, Club Comanche had gone seriously downhill. It was open, but you wouldn't know it. No one ever went there - it was like a ghost town. And the rooms, the few that were actually inhabitable, were dirty, dingy and sad. Recently, some enterprising folks gained control of it and have been working hard to restore and revitalize the business. Wednesday they had a grand opening to show off what they've done and give us a tast... 11/13/2008
Comments 0

A Stroll Through Christiansted, St Croix, at Sunset

By Kim Lucas
(St Croix Island Life Real Estate)
As I walked the streets of Christiansted last evening after attending the much anticipated grand opening of Club Comanche, a former St Croix "hot spot," I was just overwhelmed with love for this quaint town. I am so fortunate to live here among all these wonderful people and this gorgeous architecture. I can't imagine being more blessed. The light was so nice, and the full moon was already up by 5:30 last evening. I couldn't help but snap some photos of the places I love in this little town.  Note the first photo - the Namaste Cafe - a new coffee shop in town and delicious! St Croix is such a lovely place to visit - and it is the best place on the planet to live! Visit my website for details on relocation to St. Croix, and contact me with your real estate questions. 11/12/2008
Comments 2
<< Previous 1 2 3 Next >>
Explore Christiansted, VI
Christiansted, VI Real Estate Professionals