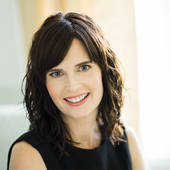 By Shannon Milligan, Richmond VA Real Estate Agent/Associate Broker, RVA Home Team - Winning with Integrity.
(RVA Home Team)
Church Hill Homes for Sale - 2419 E. Grace Street Richmond If you are looking for the charm of an Historic Richmond home and the convenience of the ultimate in city living, then you must consider this Church Hill Home for Sale in Richmond located at 2419 E. Grace Street. I had the privilege of touring this elegant home last night, listed courtesy of my colleague, Paul Collins of Keller Williams Realty, and I must admit I was mesmerized from the moment I arrived and took in the breathtaking Eastlake style front porch. The inside didn’t disappoint either! Fabulous features are abundant in this Richmond home for sale, such as: a grand formal parlor, opulent crown moulding, extensive exposed beautiful brick, an enormous owner’s suite with fantastic closet space & an en suite bath, a gourmet... 07/11/2012
Comments 8 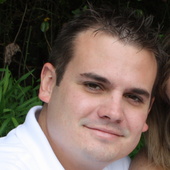 Bellevue Elementary School in Richmond, Virginia is named as one of the US Department of Education's Blue Ribbon Schools.

By Lane Midgett
(1776 Real Estate Group Richmond, VA Local Expert )
Bellevue Elementary School in Richmond, Virginia is named as one of the US Department of Education's Blue Ribbon Schools. This prestigious award is only given to 9 schools in the entire state of Virginia and 304 schools across the country. The winners were announced Thursday September 9th, 2010. Out of the 304 schools recognized 50 were private and 254 were public. Representatives of each of the schools will be presented the award at a ceremony on November 15th and 16th in Washington D.C. In the past 28 years since the award's inception, 6,000 schools have been awarded the Blue Ribbon Title.  "The Blue Ribbon Schools Program honors public and private schools based on one of two criteria: Schools whose students, regardless of backgrounds, are high performing. These are schools ranked amo... 09/10/2010
Comments 3

Church Hill - It's Scary Dangerous BUT a Great Place to Buy a House! - Irony Abounds

By Melissa Loughridge Savenko
(RE/MAX Commonwealth)
The magazine "This Old House" has named Church Hill one of the best nine "old house" neighborhoods in the South.  [NOTE:  I am a little perturbed that Baltimore, Maryland and Wheeling, West Virginia  were included in "the South."  Hello, basic geography and Mason-Dixon line?]  I also have been to several of the other neighborhoods - Meridian, Mississippi, Newnan, Georgia, Durham, North Carolina, and the Lower Garden District, New Orleans (where I actually lived after college - LOVE the Big Easy!) - so I know what an honor it was to be in the company of these neighborhoods. http://www.thisoldhouse.com/toh/photos/0,,20283025_20634574,00.html However, within days of this release, another organization named Church Hill one of the Top 10 Most Dangerous Neighborhoods IN THE NATION.  Here's th... 07/10/2009
Comments 0 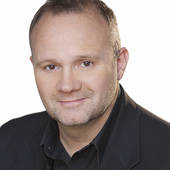 By Mike Hogan, MBA
(The Hogan Group at Keller Williams Realty)
Church Hill is the Richmond's center of casual hipness and historic relevance. And now your pups have a place to go to enjoy it also. The Church Hill Dog Park just opened in the lower section of Chimbarazo Park. The great thing about this project is that it was the labor of love of several Church Hill neighbors. Most "Church Hiller's" really dont have alot of yard for dogs to run and play. It's almost sad to see dogs confined to 12x24 backyards. And dogs never have really been welcome in the area's historic parks. So now your canine friends have a place to chill and hang out with their friends...they even have fake fire hydrants. Though not a resident, I do love the 'hill. Adding the Dog Park just added to the amazing sense of community pride already prevalent. Even if you don't have p... 09/26/2008
Comments 0
Explore Churchill, VA
Churchill, VA Real Estate Professionals