By Dorie Dillard Austin TX, NW Austin ~ Canyon Creek and Spicewood/Balcones
(Coldwell Banker Realty ~ 512.750.6899)
Simply Sensational...... Coming Soon!! Some listings you love to market! They have all extra bells and whistles. Buyers will fall in love with this stunning, single story nestled on a quiet interior street, on a 1.04 acre lot, in the prestigious Reagan’s Overlook community, in Lender TX.   The timeless materials and interior and exterior palette are classic and in harmony with nature, producing a custom modern feel. The premium corner lot offers a mind-full balance: a calm, private and quiet setting. This property drops soon in the MLS – check back for details on this amazing property!  06/27/2022
Comments 7

By Jeannette Morrison, Central Texas Real Estate, NW Austin, Round Rock
(Cedar Park,Leander,Georgetown & Lake Travis Areas.)
Active Listings 22Pending Contracts4LAkeling Ranch home sales are still going strong!  Last month Homes Sales continued to see appreciation in Lakeline Ranch.  Comparing the price per square foot of homes sold in September 2007 to homes sold in September of 2006 shows ~4.4% increase although days on the market increased in comparison.   Residential homes in Leander are a great investment....whether you are wanting to move up or if you are a first time buyer its clear there are advantages to owning your own home!  With 22 active listings in Lakeline Ranch there are a lot of homes for buyers to choose from -making it a great time to buy! -Just ask me!  I am the local expert for this area!!  Any questions -don't hesitate to ask!Price per sq/ft is rounded to the nearest hundredths.  Slight... 10/06/2007
Comments 0

By Jeannette Morrison, Central Texas Real Estate, NW Austin, Round Rock
(Cedar Park,Leander,Georgetown & Lake Travis Areas.)
Leander homes are definitely seeing some appreciation!  The expansion of 183, big business moving in are just some of the reasons why!  Great schools and quality of living are some other reasons!  Here is what the stats say this month.  There was a crazy appreciation of ~48% in price per square foot when comparing this years September sales to last years September sales.  It will be interesting to see just how much appreciation of Leander homes occurred between the years 2006 and 2007 once this year comes to an end.  -I have no doubts we will have seen an increase in home sale appreciation-just how much will remain to be seen.                            Price per sq/ft is rounded to the nearest hundredths.  Slight rounding error occurs from the loss of significant digits when price per ... 10/06/2007
Comments 0

By Jeannette Morrison, Central Texas Real Estate, NW Austin, Round Rock
(Cedar Park,Leander,Georgetown & Lake Travis Areas.)
Market Statistics for Lakeline Ranch July 1st through September 1st 2007.Price per sq ft for homes in Lakeline Ranch increased slightly from last year by ~1.96%.  However, homes in Lakeline did take a while longer to sell as apparent in the days on market statistic. -Remember these statistics are informational and if you are thinking of selling your home it is imperative to compare your home to other homes like yours.  This will help ensure that you don't leave any money on the table!  Visit www.CentralTexasAgent.com for information on how you can obtain Free market information or if you would like to know more about market statistics in your neighborhood. 09/20/2007
Comments 0 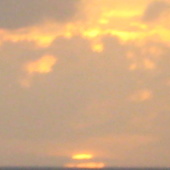 Growth May Accelerate 183 A Expansion

By Jeannette Morrison, Central Texas Real Estate, NW Austin, Round Rock
(Cedar Park,Leander,Georgetown & Lake Travis Areas.)
The Central Texas Mobility Authority's -CTRMA, is considering accelerating the extension of 183A Toll, originally planned to begin in eight to 10 years. "Now we're thinking that we could do it in three to five years,.....When we opened, we had 80,000 - 90,000 transactions a day.... and is now down to the 50,000 - 60,000 range" said Steve Pustelnyk, CTRMA director of communications.    "We'll know more in the fall, once we've had the opportunity to analyze the potential cost, and with a little bit more long-term revenue under our belts." Although the amount of extension is not yet known, 183A Toll is intended eventually to reach just south of the San Gabriel River - or perhaps beyond.  Much depends upon how Leander's transit-oriented development changes the landscape. "Between our road ... 09/10/2007
Comments 0

By Jeannette Morrison, Central Texas Real Estate, NW Austin, Round Rock
(Cedar Park,Leander,Georgetown & Lake Travis Areas.)
Driving by US. Hwy 183 (Bell Road) and Crystal Falls parkway I couldn't help but notice the enormous cleared tract of land - 35 football fields in size to be exact!  The landscape is forever changed, as developers for the Gateway at Leander broke ground and cleared trees, houses and even Lacy Drive!  Construction on the retail shopping center will begin in October.  The site will include stores like Lowe's, Kohl's, Taco Bell, IBC and Regions Bank, Starbucks, and McDonalds.Lowe's is expected to open in March 2008.The recent explosion of Leander and the surrounding area has made large chain retailers take notice!  The rooftop count is growing and they have plenty of dollars that can be spent right in their own city instead of other cities getting those sales tax dollars!  Nationally reco... 09/02/2007
Comments 5

By Jeannette Morrison, Central Texas Real Estate, NW Austin, Round Rock
(Cedar Park,Leander,Georgetown & Lake Travis Areas.)
Leander residents who make the daily drive to Austin have a new, eco-friendly commuting option.Capital Metro's commuter rail has officially opened its first Central Texas station in Leander.  While the train is not yet running, the park-and-ride area can be used by bus riders. The commuter rail system will open in 2008 and run along a 32-mile route and with a commute time of approximately 50 minutes (one way) to get down town."Capital Metro's commuter trains will be vital to the development of a transportation-rich Leander over the next decade," said Mayor John Cowman. Currently, there are plans to develop homes, shops and offices on the site near US 183 and the US 183A toll road by Dallas-based WY... 06/12/2007
Comments 2

By Robert Rees - Austin Real Estate
(Robert Rees Realty, Inc)
Texas X Park could be seen as Leander, TX attempt to steal the X Games site away from Cali. Central Texas already has a very fun & growing X games type park in the Texas Ski Ranch, originally just a ski lake & a cable lake with a fun little bar/restaurant. It now has a motorcross track, a rock climbing wall & a skatepark. This is located between Austin & San Antonio. The plan for the Leander Skate Park is something similar but  on a larger scale. It is planned to be 203 Acres including the two lakes, skateboarding, Bmx, Motorcross, with Retail & other Commercial businesses. There is already a lot of residential developing building towards that area, and there are many more planned that will surround the Park. Some other interesting notables is that it is to be a Non-Profit & will hold m... 05/02/2007
Comments 0

By Jeannette Morrison, Central Texas Real Estate, NW Austin, Round Rock
(Cedar Park,Leander,Georgetown & Lake Travis Areas.)
Crystal Falls is a community nestled on the edge of Texas Hill Country that has fantastic views, wonderful sense of community, and a municipal golf course that is 6,654 yards long!  Better practice!!Grand Mesa is a high end community within Crystal Falls and is a 5,000 acre development.  Grand Mesa and Crystal falls price points are $250,000 to over $1,000,000.  Grand Mesa offers beautiful custom home sites from over 1 acre to 5 + acres.  These sites offer some amazing Texas Hill country views along with convenience to shopping, dining, and now terrific highway access to downtown via 183A.  More phases to open soon 04/29/2007
Comments 1

By Jeannette Morrison, Central Texas Real Estate, NW Austin, Round Rock
(Cedar Park,Leander,Georgetown & Lake Travis Areas.)
Overlook Estates is planned for just North of FM 2243 off of CR 273.  The community will be the second of three high-end residential communities in Leander with homes priced between $250,000 to $450,000.  Convenient to the new HEB plus, and the Transit Oriented Development planned around Cap Metro's commuter rail station. The TOD site, in the next 20 years will densify this area with 9,000 residences consisting of 30,000 people living in 3.5 square miles. 04/29/2007
Comments 0

Leander approves concept plan for Crystal Falls pkwy and 183A

By Jeannette Morrison, Central Texas Real Estate, NW Austin, Round Rock
(Cedar Park,Leander,Georgetown & Lake Travis Areas.)
The city of Leander has approved the concept plans of approximately 430 multifamily units on 27 acres and 230,000 plus square feet of retail on a total of 53.7 acres.  The plans were approved August 17, 2006.There is no doubt the city of Leander is preparing itself for the grea migration of people.  Taking a page from the "if you build it, they will come" philosophy!  Once the new mass transit system is in full swing making the commute to down town ~50 minutes and it is expected once the Mopac realignment is moved East to SH130 and the Texas Trans corridor, this trip will be a mere 25 minutes!!!   04/29/2007
Comments 0

By Robert Rees - Austin Real Estate
(Robert Rees Realty, Inc)
Crystal Falls is a large development in the Austin suburb of Leander. There are a few differetn sections that have different types of homes. The Woods @Crystal Falls is the oldest section with homes 10 yrs old built with a Traditional Style. The Boulders is a newer section developed by Production Builders in a traditional PUD style. Smaller Lots to make housing affordable. As you drive deeper into the subdivision you come upon the Fairways of Crystal Falls, which has homes on larger lots that are more hilly and even have some golf course & hill country views. Deeper still is the Grand Mesa at Crystal Falls. The majority of the homes here are custom built and have at least 1 acre. There are fence and size restrictions that present an open atmosphere with larger estate style homes priced ... 04/27/2007
Comments 0

By Danny Smith
(DISCOVER TEXAS HOMES)
From Community Impact;  http://www.impactnewspaper.com/wwwFM 1431: US 183 to CR 185 This aerial view along FM 1431 provides a glimpse of the concentrated growth and diversity of land use occurring between US 183 and CR 185.  "What we're experiencing right now is the synergy of everything [years of planning] coming together," Brenda Eivens, Cedar Park city manager said. "There are a lot of good things happening." Commercial Property C1 The Depot restaurant and retail center plans to open in the spring. Threadgill's Plaza includes a traditional Threadgill's restaurant along with Mojo Rojo Mexican Cantina. Both restaurants are owned and operated by the Threadgill's corporation. The pavilion sandwiched between the two restaurants is a 7,000 sq. ft. area for banquets, meetings and concerts. ... 01/30/2007
Comments 0
<< Previous 1 2 … 7 8 9 10 11 12 13 14 15 Next >>
Explore Leander, TX
Leander, TX Real Estate Professionals