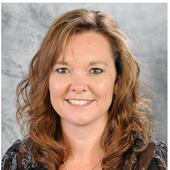 8 Things that your Realtor should never tell you (and if they do, you need to run QUICK!):

By Kim Davenport
(Leo Parker Real Estate & Auction)
8. It is ok if your cat/dog/500 pictures/snake is there, if they want it they will look over it and around it. TRUTH: You got to be kidding! The other day I showed a home that had a cat that tried to escape when we walked in and had something like the mange all over it. It freaked the buyers out and do you think they made an offer, much less concentrated on the home's good features? "Poor kitty, what happened, do you think it is contageous, we have kids... Yuck."7. Real estate fees are set at 6% and that's what we charge too. TRUTH: Real estate fees are negotiated by each real estate firm. It depends on how much advertising is done as to what is charged. (By the way, it doesn't cost any money to list the property.)6. We don't believe in a lot of Internet advertising and advertise in th... 06/22/2008
Comments 2

By Melissa Wagner
(Leo Parker Real Estate & Auction)
These are pictures of memorials in our town of local men who have lost their lives in battle. Included here is my uncle Harold. He was the youngest of 4 boys and was newly married when he was drafted to Vietnam. He didn't make it very long there before he was killed. He was among many on the front lines. It is such a heartache to loose someone to war. Also, more recently we lost a young man in Iraq. Frank B Walkup IV was killed in action this past year. He was a 1st Lt. in United States Army Infantry where he was trained as Airborne, Air Assault, and Ranger qualified. He was commissioned as 2nd Lt. on May 5, 2005, the day he graduated from UT Knoxville. He died serving our country in Iraq on June 16th, 2007 and in a fitting way was put to rest on July 4th, the day we celebrated our fre... 10/18/2007
Comments 4

By Melissa Wagner
(Leo Parker Real Estate & Auction)
I love the charm of the old buildings in my town so I thought I would share them on the localism section of AR! The original courthouse burned in 1934 and this one was erected in 1935. The present Cannon County Courthouse features a striking Colonial Revival design by the Nashville architect George Waller and is listed in the National Register of Historic Places. Inside you will find the walls lined with local veterans that have served in our nation's military branches. The monument out front is a tribute to a few local heroes that have died in war and includes my uncle Harold Lawton Basham on it.   10/18/2007
Comments 3

By Melissa Wagner
(Leo Parker Real Estate & Auction)
This is my homeplace where I grew up. My grandparents owned this home for many years and after they passed away, the property changed hands to my uncle. He has done a great job keeping the nostalgic air of the house. Capt. John C. New, of Cannon County who served in the Confederate Army once lived in this house. It is one of many historical homes in Woodbury.   09/28/2007
Comments 2

By Melissa Wagner
(Leo Parker Real Estate & Auction)
Coming Attractions at the Cannon County Arts Center  2007 Youth TheatreAugust 3-18From the author of Always Patsy Cline, this hilarious trio of ladies will take you to your own piece of country music heaven.  "Stand by Your Man", "Coal Miner's Daughter", "9 to 5", and "Harper Valley PTA" are just a few of the hits that you will experience on the wings of Honky Tonk Angels. Call the Cannon County Art Center for ticket information. Concert by William Howse and Jack PearsonAugust 24 at 7:30PMThis blues powerhouse duo have been playing together for more than 20 years.  The combination of their exceptional talent as individual musicians and their songwriting skills makes for a duo that presents a captivating show every time. Come on down to Woodbury and enjoy a concert!More local events...Th... 07/03/2007
Comments 0

By Melissa Wagner
(Leo Parker Real Estate & Auction)
Cannon County is nestled in the beautiful rolling hills of Middle Tennessee. It is located almost exactly in the center of the state half way between Chattanooga and Nashville. The county seat is Woodbury where you will find quaint antique, craft and gift stores. Woodbury boasts a multi-functional arts center bolstering the local crafts industry and has a growing community theatre. The county's tradition of white oak basket and chair-making has gained the attention of collectors and museums worldwide including the Tennessee State Museum, the Smithsonian Institute and the Museum of Folk Culture in the Hunan Province of China. Cannon County is not only a great place to live and work, it is also a fun place to hang out for the day. Woodbury has a local drive in theatre open on the weekends... 07/03/2007
Comments 0
Explore Woodbury, TN
Woodbury, TN Real Estate Professionals