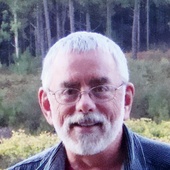 By Vance Booher
(Re/Max Select, SRES)
Pepperwood Grill's Grand ReOpening in Greensburg,PA takes place tonight! Decisions, decisions.  There are so many wonderful options for us here in central Westmoreland County to enjoy fine foods, great wines, and fun entertainment.  And of course on every Friday night during the summer we are treated to Summersounds Concerts In The Park at St. Clair Park in Greensburg.  Tonight the Concert features Hayes Carll as he brings his colorful brand of character-driven Texas country to Western PA.  A good place to be - in the shade on the hillside, drinking in the scenes and sounds.  Bring you friends, your family and your dogs.  Chill out with a picnic supper!  A welcome spot for all. But tonight is also a very special night for Greensburg's Pepperwood Grille to shine as it shows off its brand... 07/29/2011
Comments 3

By Vance Booher
(Re/Max Select, SRES)
SOME WONDERFUL RESTAURANT OPTIONS IN GREENSBURG, PA A couple nights ago I visited my son Erik (my real estate partner and sometime bartender) at One Eleven and "forced myself" to enjoy a glass of an extraordinary Ridge Vineyards Paso Robles Zinfandel while I waited for their new featured appetizer Pizzette!  Crusty crust of flour and cornmeal drenched in olive oil and fresh garlic and delicately grilled then slathered with fresh cut sauteed sweet onions, layered with fresh spinach and then topped with shaved parmesean and provolone and fired in a super hot oven to crisp.  Bring your appetite - this is an appetizer built for kings to savor.  And like most selections at One Eleven the portion is very large - this is definately for two!  And that Zin is a perfect pairing!  My current vote ... 01/27/2011
Comments 2

By Vance Booher
(Re/Max Select, SRES)
We are blessed in our region to have access to the world-renowned UPMC Children's Hospital to care for our children in medical crisis.  But the families of many children, both here and afar, often do not have the medical insurance or resources to take advantage of this incredible institution.  The Hospital's Free Care Fund is a primary source of assistance for these families. Each year our company, Howard Hanna Real Estate Services, and Howard Hanna Agents and Offices throughout Western PA devote incredible energy, talent, time and personal resources in developing and holding fund raising events in each of our local communities. Howard Hanna calls these Events the Chow Chow Express and each fall our "train" rolls into a community near you.  To date we have raised over $5 million to help... 11/08/2010
Comments 0

By Vance Booher
(Re/Max Select, SRES)
Hallowe'en, a Scottish contraction of the term All Hallows Evening is a rather ancient tradition with both pagan and Christian roots.  In the Celtic tradition it represents a fall festival called Samhain, denoting the end of "longer days" and the commencement of "darker days".  It was thought that at this breakpoint in seasonal cycles the barriers between the living and spirits worlds became "thin".  Lighting of bonfires and donning of masks were thought to protect one by warding off less kindly spirits. In the Christian tradition the feasts, festivals and religious celebrations of All Saints Day, and the following All Souls Day, celebrate not only the memory of the Saints and their deeds and spiritual impact, but also a spritual communion between those who have died and are in a "state... 10/20/2010
Comments 0

By Kate Pokroshinskaya
(Royal)
Move right in to this multi-Level open floor plan home in Greensburg, PA.   This home has many updates including all new windows including the bay window, hardwood floors in the kitchen/dining area, remodeled bathroom, front door, garage door, newer carpet and paint in many rooms, newer landscaping and a new furnace.  The large deck off the kitchen provides a great summer entertainment spot and the large yard provides ample room for almost any outdoor activity.  This is a great quiet neighborhood! To directly access this property, use this shortcut: http://www.fizber.com/pennsylvania-buy-single-family-home-11648188.html 08/26/2009
Comments 0

By Felix Krynicky
(Keller Williams Realty)
I really love Inner Harbor Maryland.  It's got so many great attractions like the The Aquarim and The Science Center.  Many more attractions and plenty of places to eat and relax.  The Bus trip is sponsored by Hempfield Township Parks and Recreation.  And at just $50 resident or $60 non resident it's an inexpensive and relaxing way to enjoy the day.   Plan to join us for our annual visit to one of America‛s oldest seaports and most popular tourist destinations. Spend the afternoon enjoying fresh seafood right out of the Chesapeake Bay. Explore the gallerias of unique shops, museums, national landmarks or take a boat ride on the harbor. A BRIEF REST STOP IS PLANNED EN ROUTE. Date: Saturday, May 2, 2009 Time: Bus departs at 7:30 am from parking lot behind PetSmart in Hempfield Square Plaz... 04/14/2009
Comments 0

By Felix Krynicky
(Keller Williams Realty)
The City of Greensburg Recreation Department will be taking pavilion reservations for Mt. Odin Park and Lynch Field at the Recreation Department located inside the Kirk S. Nevin Arena on Tuesday, February 5, 2008 starting at 8:00 a.m.  This is done on a first come first served basis and the doors to the lobby of the Kirk S. Nevin Arena will open at 6:30 a.m.  The fee must be paid in full upon reservation.  The Greensburg Resident fee is $100.00 and the Non-Resident fee is $125.00 for Mt. Odin Pavilions and for Lynch Field - $75.00 for Residents and $100.00 for Non-Residents. Checks, cash and credit cards are accepted.  Checks are payable to the City of Greensburg.  Please call the Recreation Office (724-834-4880) for more details. 01/30/2008
Comments 1

By Felix Krynicky
(Keller Williams Realty)
Bring your family to Mt. Odin Park near the Lund Pavilion on Saturday, March 22, 2008 at 1:00 p.m. for our Annual Easter Egg Hunt!  The Egg Hunt is for ages 4 to 8 only and is divided into two groups; 4, 5 and 6:  7 and 8. Greensburg Head Start will have a special activity for children under age 4 in the pavilion.  The Easter Bunny will pass out bagged treats to all present under eight. This event is sponsored by the City of Greensburg Recreation Department and Greensburg Head Start.  724-834-4880 01/30/2008
Comments 1

By Felix Krynicky
(Keller Williams Realty)
I was fortunate enough to be at the Robokyo Japanese Restaurant Grand Opening Party in Greensburg, PA this weekend. It was an absolutely fantastic experience and the best Japanese food that I have eaten anywhere.  If you love food and you love to have a great time you should definitely check Robokyo out. My whole family and myself had a wonderful time.  The staff is excellent. We were all treated great and the service was wonderful.  So I say fire up the Hibachi and dive into some Sushi at Roboky today.  It is Greensburg's can't miss experience. 01/23/2008
Comments 0 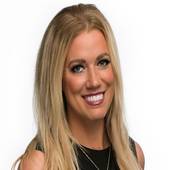 By Melissa Merriman, Realtor Irwin PA
(Keller Williams Realty)
Following the Revolutionary War, an inn was built along a wagon trail (today's East Pittsburgh Street) that stretched from Philadelphia west over the Appalachian Mountains to Fort Pitt, now Pittsburgh. A tiny settlement known as Newtown grew around the inn, today the intersection of Pittsburgh and Main Streets.A raid by Guyasuta-led Seneca Indians accompanied by Canadian rangers burned Hannastown, the original Westmoreland County Seat north of Greensburg, in 1782. Newtown became the new county seat in 1785. In 1786 the county built a log courthouse on land purchased from two residents, Christopher Truby and William Jack. Every Westmoreland County Courthouse since has stood on this site. The area surrounding the courthouse became the original borough of Greensburg, named for Revolutionar... 03/31/2007
Comments 0
Explore Greensburg, PA
Greensburg, PA Real Estate Professionals