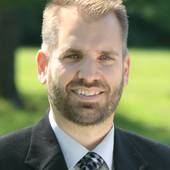 By Jeff Wright, Property Manager in Hanover, PA
(Foundation First Property Group)
This 4-bedroom, 1-bath home located at 249 High St in Abbottstown, PA sits on 0.28 acres and is just 2 blocks off Route 30. Convenient to Hanover, York, Gettysburg, and Harrisburg. 2158 SF of living space!! Large kitchen and two large family rooms in the front and rear of the home. Quiet location adjacent to the municipal ball fields and playground. 100% financing available through USDA and low taxes make this house a homerun! Pre-listing insection has been done and repairs have been made, so buy with confidence!Offered at $149,900.  07/21/2017
Comments 3 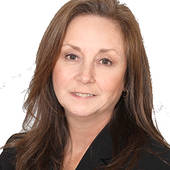 By Diane M. Phillips Realtor 443-286-4365, Specializing in Carroll Co., MD
(Frankly Real Estate Inc.)
How to post video …... it’s easy! This is an overview, not complete step by step directions. 1. Purchase a video camera & memory card2. Charge the camera3. Create a YouTube account free4.  Shoot a video less than 15 minutes long5. Upload it to YouTube6. Copy & Paste the embed version into your blog!As I learn, I promise, I’ll share with you. For now, check out this short video of Thundercars at Lincoln Speedway! 06/18/2011
Comments 6

By Diane M. Phillips Realtor 443-286-4365, Specializing in Carroll Co., MD
(Frankly Real Estate Inc.)
Official Sponsor,  who me? Lincoln Speedway ~ Abbottstown, PALast night Chris, my hubby, led me out to the pits where we usually begin our evenings at the track. It’s really interesting to see the cars, in all the divisions, up close and occasionally get to talk with the drivers, teams, car owners, families and Lincoln officials.   I was a little later than usual getting there last night, the pits were a buzz with teams working hard  accomplishing their last minute adjustments. Time trials had already begun. When Lincoln says racing starts at 7 pm they mean racing starts at 7pm.     This was a big night, the forth stop in the Keystone Cup series. There were approximately 55 cars in the 410 division which made for one crazy feature with 25 cars fighting for the win. Fortunately, there we... 05/29/2011
Comments 1

By Diane M. Phillips Realtor 443-286-4365, Specializing in Carroll Co., MD
(Frankly Real Estate Inc.)
Wordless Wednesday ~Victory Lane at Lincoln Speedway Abbottstown, Pa   Victory Lane at Lincoln Speedway Two weeks in a row!   Join us for another victory lane celebration!   Saturday May 21st, 2011 Gates open at 5 pm Races start at 7 pm Left to right: Me (Diane), Duane our winning driver and Chris, my hubby! (***Notice my awesome ActiveRain T-shirt)   Adults $14 Pit Passes $20 Students $8 - ages 12 to 17 Kids $2 - ages 6 to 11   410 Sprints, 358 Sprints and Thundercars!   I am so proud to be sponsoring the Thundercar Trophy and Hard Charger Award!     I can’t wait to see if Duane makes it three in a row, or, if I’ll get to meet another driver in Victory Lane!   Good Luck to all three divisions! 05/18/2011
Comments 10
Explore Abbottstown, PA
Abbottstown, PA Real Estate Professionals