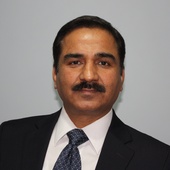 By Sham Pathania
(SAVE MAX FIRST CHOICE REAL ESTATE INC.)
TORONTO, November 6, 2013 – Greater Toronto Area REALTORS® reported 8,000 home sales through the TorontoMLS system in October 2013 – up from 6,713 transactions reported in October 2012. Over the same period, new listings on the TorontoMLS system were down. “The GTA home ownership market has been broadly characterized by a rebound in sales since the summer. Market conditions have been tighter in some market segments more so than others. Ground-oriented homes listed for below one million dollars in some areas of the GTA have been especially popular with buyers, while listings for these home types have been constrained,” said Toronto Real Estate Board President Dianne Usher. “The supply of listings for many home types and price points has either been down year-over-year or at least not up ... 11/07/2013
Comments 0 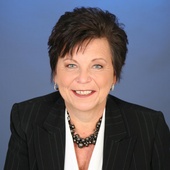 By Ruth Ballantyne, Rely on Ruth.
(Re/Max Realty Services Inc. Brokerage)
TORONTO, October 5, 2010 --Greater Toronto REALTORS® reported 6,310 sales through the Multiple Listing Service® (MLS®) in September 2010. This represented a 23 per cent decrease compared to the 8,196 sales recorded during the same period in 2009. Through the first nine months of the year, sales amounted to 69,069 – up four per cent compared to the first three quarters of 2009. “The level of sales in the second half of 2010 has been lower, representing a balancing out period following record levels of sales in the latter half of 2009 and first few months of 2010. We remain on track for one of the best years in history for existing home transactions in the GTA,” said Toronto Real Estate Board President Bill Johnston. The average price for September transactions was $427,329– up five per c... 10/05/2010
Comments 0

By Sham Pathania
(SAVE MAX FIRST CHOICE REAL ESTATE INC.)
Toilet Replacement Program The program provides $60 and $100 rebates to residents or property owners who replace inefficient toilets of 13L or more with new Peel-Approved water efficient 6L toilets (per toilet). To be eligible for the program, you must live in the Region of Peel and own or rent a single or multi-family dwelling. Rebates of $60 are available for Peel-Approved 6L toilets and rebates of $100 for those that flush with 4.8L of water or less. All toilets must have been purchased on or after Sept. 01, 2005 and installed in residential dwellings within the Region of Peel. Full upto date details about the program are available at http://www.watersmartpeel.ca , http://www.watersmartpeel.ca or by calling the Region of Peel at 905-791-7800, Ext. 4409 09/14/2010
Comments 1

Earth Hour ! Save the planet

By Sham Pathania
(SAVE MAX FIRST CHOICE REAL ESTATE INC.)
It was good to be part of observing one our without light. I just spent my time with my family at home It was observed all over the world. Earth Hour is an international event organized by the WWF (World Wildlife Fund), and held on the last Saturday of March each year, which asks households and businesses to turn off their non-essential lights and electrical appliances for one hour to raise awareness towards the need to take action on climate change. Earth hour was conceived by WWF Greenwich CT and the Sydney Morning Herald in 2007, when 2.2 million residents of Sydney participated by turning off all non-essential lights.[1] Following Sydney's lead, many other cities around the world. 03/28/2009
Comments 0
Explore Peel, ON
Peel, ON Real Estate Professionals