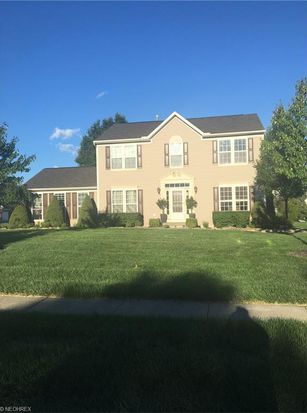 By Carla Harbert, RE/MAX Omega: Lorain-Medina County Area
(www.LorainCountyHomeSales.com)
Comments 4
33959 Harding Avenue in North Ridgeville is UNDER CONTRACT! List Price: $150,000.This "like new" Cape Cod home featured 3 nice sized bedrooms with one on the main floor, one and a half baths, open kitchen/dining area, spacious living room with a loft style flair, fireplace, full basement partially finished. Fenced backyard with wood tiered deck off the back, plus a storage building.  Freshly painted in light neutral decor.This is one special home inside growing North Ridgeville where crime rates are low and schools are great.Live in North Ridgeville and thinking of selling? I've got buyers... give me a call!    Selling Lorain County Homes including lake front property!  10/30/2015

By Stanley Stepak, Realtor - Avon Lake, Avon, Bay Village, Westlake,
(Howard Hanna - Avon Lake, OH)
Comments 0
Public Meeting to Solicit Input About Multi-Purpose TrailsThe city will be presenting an overall plan for non-vehicular multi-purpose trails (biking, walking, skating...) throughout the city with a focus on an off-road trail along Lear Road from the railroad north to Walker Road and the length of Lake Road. See map for details. One of the goals of this meeting is to solicit input from the public.  The meeting is on September 3rd at 6:30pm in Council Chambers - 2nd Floor of City Hall, 150 Avon Beldon Road. 08/30/2015

By Stanley Stepak, Realtor - Avon Lake, Avon, Bay Village, Westlake,
(Howard Hanna - Avon Lake, OH)
Comments 0
If you have been considering selling your Avon Lake home or even investing in a new home in the surrounding area and you have been on the fence...time to hop off.  Home sales are up in the area. Home sales are up 21.7% this quarter.  And homes currently in pending are up 15. 4%.  Sales increase 26.4 % over last month and continue to climb.  Looking at the other end is that inventory is low (a whopping 29.4% from last month) so placing your home on the market now could end in a faster sale as compared to this time last year or even waiting to winter months when sales tend to slow.  Right now the competition is low and the market is moving fast.. A 3-4 bedroom home with 2-4 full baths range average at $121.00 a square foot for a home built from 1999 and newer.  Note this is a average base... 08/14/2015

By Christopher Winkler, Real Estate Investments Without Getting Dirty
(Silverwood Capital, LLC)
Comments 0
We are looking for a Joint Venture partner to help us acquire the note/mortgage on this good looking property in Elyria, OH. The house is in good shape, and we can pick it up for $25,750 or 44% of the 58,000.00 BPO (Broker Price Opinion). Nice middle class neighborhood with flags a flying! Our ideal situation as they have a higher chance to work out repayment of the note than a stripped out crack house.Its west of Cleveland and foreclosure has already started. We like that as it save us time and money, and is typically what wakes the homeowner up that they have to pull their head out of the sand or they loose their home. Rents in the area average $695.00 & the payment is only $464.20, so they are better off working it out than renting somewhere.Current BPO and deal sheet with 4 exits av... 08/12/2015

By Stanley Stepak, Realtor - Avon Lake, Avon, Bay Village, Westlake,
(Howard Hanna - Avon Lake, OH)
Comments 4
Sunday August 9th from 12-2 I will be showing 31966 Pondside in Avon Lake.    This wonderful 4 bedroom / 4 bath custom built August builders home is located in Bridgeside's final phase area near Krebs road.  Built in 2008 with one family who painstakedly put updates throughout the home.    You will be amazed at the beauty of this home designed with a large family in mind. Enter through the two story dramatic foyer with ceramic flooring and beautiful open staircase. The formal sitting room can also be used as a den or music room. The dining room is embellished with tray ceiling and is perfect size for entertaining (currently being used as for the children's learning zone!). The beauty of this floor plan is the large family room open to the gorgeous kitchen. These rooms were "bumped out" ... 08/08/2015

The North Ridgeville Cornfest is This Weekend

Do you have good bedside manner with your clients?

By Stanley Stepak, Realtor - Avon Lake, Avon, Bay Village, Westlake,
(Howard Hanna - Avon Lake, OH)
Comments 5
As my wife was meeting with her chemo doctor (oncologist) I was thinking about his strong communication skills he has  that made me think about this blog I am writing here today.  1.     When my oncologist meets with Kim he always greets her immediately with a huge and I mean HUGE smile and a warm handshake.  I don’t know his nationality as he has a strong accent but the physical and visual approach he has right from his first 20 seconds makes you happy too, no matter how much pain you may be in at the moment...  I was just thinking how they tell us that first 30 seconds of that job interview makes or breaks you getting that job, well I see it and feel it here. 2.     He starts off on "how are you doing today" and tells you what he sees.  I.e. "You look wonderful", or "you look worried... 07/31/2015