Real Estate Broker/Owner
Cyndi Hartsock
Whether buying or selling in the Lima or surrounding areas, my goal is to provide you with the resources & strategies you need to make a sound decision. Check out more at www.HartsockRealty.com.
Cell: (419) 303-8182
Office: (419) 303-8182
More Info 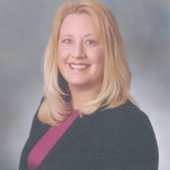 By Cyndi Hartsock
(Hartsock Realty)
According to RealtyTrac 2008 U.S. Foreclosure Market Report, foreclosure filings were up 81 percent in 2008.  Sad to say for homeowners who bought in the last few years who need to sell, but these properties are the driving force in the market now. Eviction notices, sheriff sales and bank repossessions seem to be everywhere. There were 3,157,806 foreclosure filings, reported during 2008, an 81 percent increase in total properties from 2007 and a 225 percent increase in total properties from 2006, according to the report. 1 in 54 homes filed for foreclosure.  November 2008 to December 2008's foreclosure filings were up 17 percent, and more than 40 percent from December 2007.  The top ten states for foreclosure rates in 2008 were Nevada, Florida, Arizona, California, Colorado, Michigan, O... 02/03/2009
Comments 1

BUYERS: What is a HUD home and how can you buy one?

By Cyndi Hartsock
(Hartsock Realty)
What is a HUD Home?A HUD home is a 1 to 4 unit residential property acquired by HUD as a result of a foreclosure action on an FHA-insured mortgage. HUD becomes the property owner and offers it for sale to recover the loss on the foreclosure claim. Who can buy a HUD Home?Almost anyone! If you have the cash or can qualify for a loan (subject to certain restrictions) you may buy a HUD Home. HUD Homes are initially offered to owner-occupant purchasers (people who are buying the home as their primary residence). Following the priority period for owner occupants, unsold properties are available to all buyers, including investors. How are HUD Homes sold?All properties available for purchase by the public are offered for sale at Internet listing sites maintained by management companies under co... 02/03/2009
Comments 1

Homeowners: Is your home in jeopardy? Consider a short sale

By Cyndi Hartsock
(Hartsock Realty)
Is your home in jeopardy? Are you behind on your bills? Are your mortgage payments behind? Did your interest rate just jump way up...or is about to? Did you or your spouse just lose their job? Facing a separation or divorce? Death or serious illness in the family? Home no longer worth what you paid for it? These and other life altering events can have a major impact on your ability to stay current with your mortgage.  If you fall behind on your mortgage payments your are at risk of losing the real estate you own. In this market there are a huge number of homeowners facing foreclosure, many more then most parts of the country.  Don't be another real estate statistic.    What is a Short Sale? While completing a short sale can be an involved process the actual definition of a short sale i... 01/21/2009
Comments 1

By Cyndi Hartsock
(Hartsock Realty)
I am considering using a SMS marketing technique in my 2009 marketing plan.  Has anyone had success with this medium?  Also, I am having a difficult time narrowing the choices of what SMS marketing systems work best and are the most cost effective long-term.  Please advise if anyone has good or bad experiences with any of the providers out there (cellahouse, goomzee, cellsigns, etc).  It is a bit overwhelming to try to weed thru all of the choices that are cropping up.  I am located in Ohio, so would appreciate knowing if someone has anything that has worked particularly well in this area.  Thanks for your help!  12/15/2008
Comments 3
Explore Lima, OH
Lima, OH Real Estate Professionals