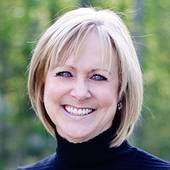 By Karen Rittenhouse, Real Estate Investor
(www.JKKPropertyInvestors.com)
Plastic Bottles are Banned in North Carolina. Really? That actually might be a good thing but, no, not quite. Plastic bottles are however, banned from landfills in the state. What’s being banned? All rigid plastic containers. This includes any bottles with a neck smaller than the container itself. The goal of the ban is to keep our 288 million pounds per year of soda containers, milk jugs and detergent bottles out of the landfills and into recycle centers. Another goal? The creation of jobs. We already have companies that recycle plastics such as Envision Plastics & Plastic Revolutions here in Reidsville. Clear Path Recycling is building another facility in Fayetteville to recycle more than 280 million pounds annually, or about 5 billion bottles. When completed, the operation will have... 04/15/2010
Comments 0 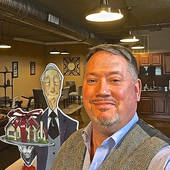 Horse Park of the South

By Larry Story ALC, Beneath it all is the Land, Covering all of NC
(Total Care Realty)
Okay all of the equestrian businesses, farms, ranches, and everyone even interested in horses listen up. In 2004 Rockingham County retained a long time equestrian center manager and a show promoter and sponsor to take a look and do a feasibility study on building an equestrian center in the Piedmont Triad of North Carolina.  The study showed great interest and even some other facts like within a 60 mile radius of the Piedmont Triad there is in excess of 30,000 horses.  On top of that fact with the central location in the state and the easy access and closeness to Virginia a site in Rockingham County near Reidsville, North Carolina is perfect. The economic impact could be excellent for the area.  The land for the park over 150 acres is already purchased.  The Board has been raising money... 08/15/2008
Comments 4
Explore Reidsville, NC
Reidsville, NC Real Estate Professionals