By Mona Gersky, GRI,IMSD-Taking the mystery out of real estate.
(MoonDancer Realty, Dillsboro,NC)
The performance by the Chinese Opera Orchestra of Shanghai tonight was exhilarating.  This event is just an example of the incredible acts that The Bardo Fine and Performing Arts Center at Western Carolina University in Cullowhee brings to our area.  Everything was so vivid, vibrant and rich in the music and presentation tonight that driving home I just reflected that our community is enriched by the presence of this university.   09/27/2011
Comments 6

By Mona Gersky, GRI,IMSD-Taking the mystery out of real estate.
(MoonDancer Realty, Dillsboro,NC)
It was a pleasant surprise to see that WCU Marketing and Public Relations students were on hand at the 37th Annual Mountain Heritage Day Festival on September 24th in Cullowhee, NC with a booth marketing the Town of Dillsboro.  From a distance I could easily see the familiar banners proclaiming Dillsboro to be the place to Eat, Shop, Stay and Play!   A little over two years ago the Town of Dillsboro, the Dillsboro Merchants Association and Western Carolina University formed an alliance with WCU's College of Business to formulate short and long term marketing goals for the primarily retail and tourist based Dillsboro.  Once those were established, the marketing and public relations students took ownership of the project under the capable oversight of Dr. Betty Farmer, professor of Commun... 09/25/2011
Comments 5

By Mona Gersky, GRI,IMSD-Taking the mystery out of real estate.
(MoonDancer Realty, Dillsboro,NC)
Guess the title hooked you, huh?  Cullowhee, North Carolina isn't usually the town that comes to mind when people think of leather, studs and chains.   The campus of Western Carolina University was swamped with activity.  This was the 37th Annual Mountain Heritage Festival and was a huge success for attendees and vendors alike.  There was a record number of people and vendors.     The weather started out chilly and foggy, staying that way until around 11:00am.  Once the sun started coming out the weather settled in the mid 70's.  There was a tractor drawn wagon and the one pulled by muscular beauties.     Thanks for satisfying my curiosity about who would comment on leather, studs and chains!     09/24/2011
Comments 5

Get to Bed Early! - Enjoy Perfect Autumn Mountain Weather and Stuff to Do

By Mona Gersky, GRI,IMSD-Taking the mystery out of real estate.
(MoonDancer Realty, Dillsboro,NC)
Today we have liquid sunshine all day but thank goodness the weather forecast for Saturday looks like perfect mountain autumn weather and there's stuff to do. The next few days is certainly one of the best times to be in the mountains of Western North Carolina and enjoy the array of outdoor activities in our neck of the woods. There’s something for everyone. Get to bed early, you’ll need your energy for these activities in the mountains ! ! !    September 24 at 9:30am meet with the volunteers of the Friends of Panthertown Valley group for trail maintenance at the Cold Mountain Gap Trailhead on the eastern side of Panthertown Valley. Although the group maintains the trails year round, the participation on the 24th will be a part of NATIONAL PUBLIC LANDS DAY, a nationwide effort to gathe... 09/23/2011
Comments 15

By Mona Gersky, GRI,IMSD-Taking the mystery out of real estate.
(MoonDancer Realty, Dillsboro,NC)
OMG - were we ever rocking in Cullowhee, North Carolina! Leslie and I could barely believe we had Motown in Cullowhee. MOTOWN IN CULLOWHEE!!! UNBELIEVABLE!  Home of country, gospel and bluegrass? For two hours yesterday, I was a teenager in Detroit again. The fabulous "Masters of Motown" opened the season for the John Bardo Fine and Performing Arts Center at Western Carolina University.   From the moment the very first notes were uttered, I was transported back in time to walking to school with girlfriends carrying our transistor radios, listening and singing to Martha Vandella, the Supremes, the Four Tops, Smokey Robinson, Marvin Gaye, Gladys Knight & the Pips and dozens of other soloists and groups. Apparently, while there may not have been many former teenagers from Detroit in the c... 09/12/2011
Comments 11

By Mona Gersky, GRI,IMSD-Taking the mystery out of real estate.
(MoonDancer Realty, Dillsboro,NC)
Some cats are just too cool for words.  Therefore this post will be light on words!  While showing a farmhouse out in the Moses Creek community just outside of Cullowhee, NC I spotted this very handsome cat reclining on the roof of his human's vehicle.  Both he and my buyers were very tolerant to let me take advantage of the photo op.           Moses Creek is a farming community located within the Caney Fork community.  Hard to believe that a short 10 minute drive takes you to the main entrance of Western Carolina University in Cullowhee!  By the way, WCU is the home of the Catamounts.  I wonder if this cool cat is one of their descendants? 08/14/2011
Comments 9

By Mona Gersky, GRI,IMSD-Taking the mystery out of real estate.
(MoonDancer Realty, Dillsboro,NC)
Sure, it looks like a big rock. Nothing special? Completely special! This huge rock sits not far from Western Carolina University.  The special thing is that it is covered with hieroglyphics from the Cherokee people thousands of years ago.  It sits outside of a beautiful pasture and is protected by a simple link chain. How great to live and work in an area and be able to visit these pieces of history while showing properties!  This rock sits unmolested by graffiti - a marvel in and of itself.  No one has been able to decipher the paintings yet, but wouldn't it be fascinating to know what this rock has to tell us? Not far from this rock, construction was recently halted when workers discovered another Cherokee treasure trove.  Archaeologists are examining the artifacts now and the public... 03/19/2011
Comments 4 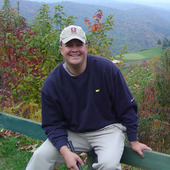 By Matt Lahtela
(NClakefront.com Realty)
The Cove at Flat Gap - Cullowhee, NC - Jackson County The Cove at Flat Gap Info- The Cove is an intimate private mountain community set on 154 acres among North Carolina's Great Smokey Mountains and bordered by a protected Forest Service area known as Flat Gap.  With elevations of 2,400 to 2,800 feet, this gated, mountain community features large homesites, many with expansive views of neighboring ridges and valleys. The Cove will be heaven on earth for a select number of fortunate owners. Designed to be a refuge from the outside world, The Cove will feature large secluded mountain view homesites and a remarkably simple, yet elegant lifestyle. With the ideal mountain community setting for hiking, exploring and fishing, this neighborhood is an outdoor enthusiast's dream. Real Estate: Pri... 04/28/2010
Comments 0

By Todd Baucom
(Western Carolina Properties)
First year Western Carolina University Baseball Coach, Bobby Moranda's  "Celebration of Catamount Baseball" was a huge success Saturday night at the Crest Center in Asheville, NC.  This was an opportunity for former coaches, players, fans and supporters of WCU baseball to gather, reunite and prepare for the coming season.  This was also a chance for the baseball staff and players to be introduced to supporters of the program and the unveiling of the proposed renovations and improvements to Childress Field/Hennon Stadium.  Former coaches, Bill Haywood and Jack Leggett (currently Clemson head coach), were honored and spoke about the rich baseball traditions in the Cullowhee Valley and WCU.  While Bobby Moranda , and his staff of Dave Haverstick, Nick Mingione, Grant Achilles and Bruc... 02/10/2008
Comments 1

By Todd Baucom
(Western Carolina Properties)
I was helping my two son's summer/fall tournament and wood bat baseball team in a fund raising effort this evening.  We were working for Aramark running one of the concession stands at the Davidson/Western Carolina University Men's Basketball game.  During our halftime rush we heard a roar from the crowd in the Ramsey Center.  It was not until the start of the 2nd half that we learned there was a winner in the Sonic Drive In halftime contest.  A student is selected from the stands to go onto the court and he/she has 25 seconds to hit 4 shots.  Sounds easy right.  The shots have to be in this progression, first a layup, second a free throw, thirdly a three pointer and lastly from half court.   You get one ball and must retrieve your own rebounds.  Sounds a little tougher now, huh?  At ap... 01/21/2008
Comments 1

By Todd Baucom
(Western Carolina Properties)
If you schedule a trip to Western North Carolina, it is worthwhile to spend some time in Cullowhee.  Cullowhee is a Census designated area of Jackson County that is unincorporated.  It is the home of the Catamounts of Western Carolina University.  They compete in the Southern Conference at the NCAA Div. I level in Men's and Women's athletics and the Football Championship Series (formerly NCAA Div. IAA) in football.  WCU is a state supported public institution and is in the processes of major expansions, with the acquisition of 360 acres to place the Millennial Campus (see www.millennial.wcu.edu ). Cullowhee has a population of 3579 and 716 households, per the 2000 Census.  There are approximately 2500 undergraduates residing in dormotories.  The most common industry is Educational Servi... 01/19/2008
Comments 2
<< Previous 1 2 3 Next >>
Explore Cullowhee, NC
Cullowhee, NC Real Estate Professionals