Managing Real Estate Broker
Douglas L. Martin- Montana Preferred
Whether you are looking to buy or sell, residential, ranch, or business opportunity. He truly believes that it’s all about your needs, wants and desires; and he’ll listen.
Cell: (406) 824-3737
Office: (406) 745-7653
More Info 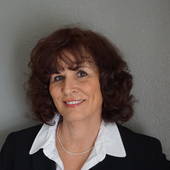 By Barb England, Real Estate Professional
(Arizona Seller Financing)
Welcome to 72523 Arlee Pines.  YOU NAME IT- IT HAS IT!!  Price Reduced under market value ONY $399,000 This is an amazing Montana Dream Property. Would make a great year round home or a weekly retreat! A very unique property nestled in the mature pine trees at the end of the road. This is a very serene setting. The exterior is landscaped and the driveway is lined with fruit trees. On the property there are cherry, apple, pear & apricot trees. The log home features a very open floor plan with a lot of natural light. The kitchen has stainless steel appliances,marble counters & opens up to the dining and living room. A sun room was added onto the home and makes a great sitting room. The huge deck can be accessed from both the sun room and the dining room, great for entertaining. The master... 11/03/2014
Comments 0

A Day at The National Bison Range in Moiese Montana

By Monica Bourgeau, Business Coaching
A Day at The National Bison Range in Moiese Montana One of the best day trips in Western Montana is a visit to the National Bison Range in Moiese, Montana on the Flathead Indian Reservation. The Bison Range has a nice visitor's center and a self-guided driving tour you can take for some of the best scenery in Montana and lots of wildlife. The National Bison Range is administered by the U.S. Fish and Wildlife Service as part of the National Wildlife Refuge System. It was established in 1908 and is one of the oldest Wildlife Refuges in the nation. As its name implies, the Refuge was established to support a population of American bison. It is home to about 350-500 of these animals. Kevin and Kelsey recently spent an afternoon at the Bison Range taking wildlife photos and were able to phot... 07/12/2009
Comments 0

National Bison Range Wildlife Refuge - A Must See When You're in Western Montana!

By Kevin Ray
(Access Realty)
Whether you live in Montana or are just visiting, you need to visit the National Bison Range. Established in 1908, the National Bison Range is one of the oldest wildlife refuges in the nation. It was established with the first Congressional appropriations ever made for the purchase of lands for a wildlife refuge. The original herd of bison, released in 1909, was purchased with private money raised by the American Bison Society and then donated to the Refuge. The Bison Range helped bring the bison back from the edge of extinction. Today, 350-500 bison call this Refuge home. To keep the herd in balance with their habitat, surplus bison are donated and/or sold live.

By Monica Bourgeau, Business Coaching
A great place to visit while you're in Montana is the National Bison Range. Located in Moiese, Montana, it's just a short drive from Missoula or Kalispell and is on the way to Flathead Lake. The wildlife and spectacular views of the Mission Mountains are worth the drive. The National Bison Range is administered by the U.S. Fish and Wildlife Service as part of the National Wildlife Refuge System.  It was established in 1908 and is one of the oldest Wildlife Refuges in the nation. A large portion of the 18, 500 acre Range consists of native Palouse prairie; forests, wetlands, and streams are also found here providing a wide range of habitats for wildlife.  Elk, deer, pronghorn, black bear, coyote and ground squirrels are just some of the mammals that share the area with 350 to 500 bison. ... 03/30/2007
Comments 0
Explore Lake County, MT
View all cities
Lake County, MT Real Estate Professionals