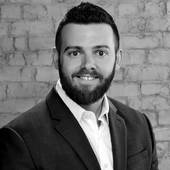 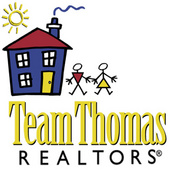 By Yvonne Burdette-Van Camp, "Home"work, I have the Answers!
(To Buy and Sell Real Estate, see me at Southwest Missouri Realty)
inShare November  1, 2011, there were 4675 Active properties in the Greater Springfield Missouri Board of Realtors the GSBOR MLS.  There were 1564 Active properties in Springfield, MO and  210 Actives in Willard High School. Buyers often buy in their CHOICE school district.    Willard High School in Willard, Mo market report has been trending downward in # of sales with LYTD numbers, however the average prices has stayed consistant, many if you are priced right, you are likely not to have to take the downward market hit. 2011 Average Sales dropped in average due to the large drops in transactions between $100,000 to $150,000. When comparing September 2010 to September 2011, Buying and Selling a House in Willard School District in Springfield, MO number of sales was up from 5 to 8.  T... 11/07/2011
Comments 0

By Yvonne Burdette-Van Camp, "Home"work, I have the Answers!
(To Buy and Sell Real Estate, see me at Southwest Missouri Realty)
There are currently 58 Active Listings in Willard, Mo and 1618 Active properties in Springfield, Mo in the GSBOR MLS.         Buyers often buy in their CHOICE school district.    Willard High School hosts both Willard and some of West Springfield, Mo addresses.   5 % increase in sales price from last year.  # of transactions sold for year dropped 33% from last year. # of closed transactions when comparing September 2010 to September 2011 remain the same. Currently there are 58 houses on the market. Having your house priced right with the guidance of a professional REALTOR is essential.  Your REALTOR has to be someone who is in tune with the market, aggressively marketing your property, and is always looking for every opportunity to sell your house.  Need a Realtor in Willard, Mo, or the... 10/05/2011
Comments 2

By Lina Robertson, REALTOR® Serving Springfield, Nixa and Ozark, MO
(RE/MAX Solutions and RE/MAX House of Brokers)
Below is the Willard MO Real Estate Market Report for August 2011.  Homes sales experienced a general decline last month in terms of number of homes sold, as well as average sales price.  There is a small increase in the number of homes going under contract in the $100-150K range; however, there is a lingering inventory in that price range making it difficult for a home seller to compete.             Homes for Sale in Willard, MO: Total Active Listings: 61 homes Under Contract:  10 pending sales Total Sold Listings for August: 12 sales   Ozark MO Sales Price Information Average Sales Price: $139,375 Sale Price to List Price Ratio: 95.46%   Days on Market (for Sold homes) Average Days on Market: 51 days     Search Willard MO Homes For Sale       09/09/2011
Comments 1 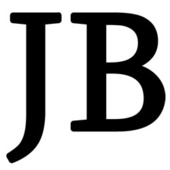 Are You Stuck With a Contractor's Mistakes Because it Passes a Code Inspection?

By Jim Bushart, Missouri Licensed Public Adjuster
(Licensed Public Insurance Adjuster)
The contractor and his lawyer might want you to think so...but the answer is "no" when the International building Code/International Residential Code has been adopted. I spoke to a woman today who was seeking assistance in her efforts to sue a contractor who had failed to meet the minimum standards in dozens of very critical areas.  She had actually built this home to replace one that a contractor had incorrectly wired causing it to burn to the ground. The opposing attorney was arguing to her and her lawyer that an approved code inspection, reflecting that the jurisdiction had accepted the building as being code compliant, relieved him of any duty.  Her lawyer, who is not familiar with issues such as these, relayed the attorney's message and invited her to investigate and she called me.... 01/10/2011
Comments 0 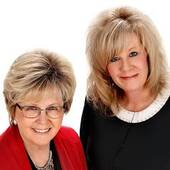 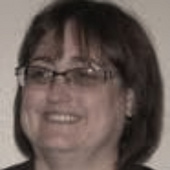 Cedar Ridge in Willard, MO has one less home on the market- read all about it!

By Cheryl Willis, MO Broker - Mt Vernon, Monett, Aurora, Barry & Law
(RE/MAX Solutions- OZARK MISSOURI)
Shouts out to buyers in Willard, MO.  - another home is going under contract! I got the nicest call yesterday from a couple looking to purchase their first home (we love first time buyers!)  If I could clone the perfect clients, these kids would be it.  First they had driven the area with a  family friend and taken notes on homes that were for sale. Second they researched on the Internet in general and my website in particular, and had a pretty good idea of what they were looking for.  (www.ozarkcastle.com) Third they touched base with the lender of their choice and got a pre-approval (not to be confused with a pre-qual, but that's topic for another post) Forth, they called me to schedule to see their favorites. (This part was important and could have been the first step -IMHO!)  I pull... 07/23/2009
Comments 4
Explore Willard, MO
Willard, MO Real Estate Professionals