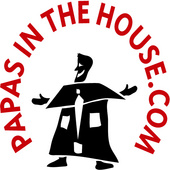 Kansas City and Olathe Economy Are NOT Facing Recession

By The Brad Papa Team, Olathe Real Estate Agents
(Realty Executives of Kansas City)
New Page 1 According to an article by USA Today, the economy in Kansas City is actually considered in expansion! That is a far cry from what we have been hearing from a lot of the media. The information was gathered by Moody's Economy.com and is based on four factors: employment, industrial production, retail sales and income. In fact, only six states are facing a "recession" and most see it as linked to the housing market: "That's mainly because a marked contraction in housing is leading the overall economy down this time. Housing had been instrumental in boosting many regions, particularly the Southwest, in recent years. During the housing expansion, job growth in related industries flourished, and consumers tapped their growing home equity to buy everything from cars to couches. But... 03/10/2008
Comments 0

By Scott Finley
(Re/Max of KC)
We here at Fine Finley Homes continuously monitor local real estate statistics to keep our clients informed and ahead of the real estate trends.  Below you will find real estate statistics for Platte County for FebuaryNew homes on the market: 143Total homes Active on the market: 960Average Listing Price: $302,441Number of homes sold: 101Average Sales Price: $199,614Number of homes expiring:14Number of homes cancelled, withdrawn, or temporarily off the market: 34To find the value of your home with a free, over-the-net home eval, please visit: www.ScottSellsKC.comIf you would like a free list of homes for sale in this area/neighborhood, would like more information about Kansas City, or would like to be the first to know about hot new listings before other buyers do, then give me a call:Sc... 03/08/2008
Comments 1

6 Tips to Selling your Home

By Scott Finley
(Re/Max of KC)
Selling Your HomeSometimes, life just hands us the inevitable: just when everything seems right with your home, something happens and you have to sell your dwelling.  No matter what your reasons are for selling, remember that now is no time to dawdle, the process of preparing a home for sale can take a month or more. So, here's how to start:1. Take a Fresh Look at Your HomeYour home looks great to you, but a buyer wants to see it since he and his family will be living in it -- so take a fresh look at your dwelling. Hop in your car, drive around the block, and then scrutinize your home as a prospective buyer will see it for the first time. First, consider what's called "street appeal;" does it need washing or painting? Does the driveway need repair work? Is the landscaping in good shape?... 03/06/2008
Comments 0

By Scott Finley
(Re/Max of KC)
Top 10 Tips to Successful Home BuyingTip #1: Research Is The Key To DiscoveryHome sellers won't call you with an offer to buy a maintenance-free home with a wonderful mortgage. You have to find the gems yourself! Only by reading available materials, talking to friends and experts, and spending time looking at different homes, schools, and neighborhoods will you end up with your American dream. Avoid the nightmares by learning how best to buy and maintain a home.Tip #2: Make A Plan And Get Pre-QualifiedEvery important decision needs to be clearly thought out. Developing a home buying plan can help you focus on the important factors and organize the entire process. You may even want to use a binder with sections on house hunting, home financing, service providers, etc. Loan pre-qualifying... 03/06/2008
Comments 0 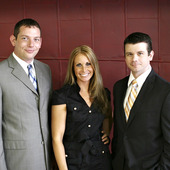 By Ty Simmons Kansas City Investment Property
(Kansas City Investment Property)
As someone with personal ongoing experience in the Kansas City marketplace as both a Kansas City Realtor and Lender, this recent article distributed to the news media by McClatchy-Tribune  Information Services suggests that buyers and sellers look to Realtors who have forged strong relationships with ethical lenders. "Realtors take their responsibilities quite seriously and can provide valuable insight to the home buyer for just about every aspect of the transaction.  Each home purchase has things that make it distinctive from any other home purchase.  There are physical differences in each home as well as variations in the way the home has been kept.  But the most dramatic difference brought to each home sale is the buyer's qualification for financing." The article outlines the Three "... 02/28/2008
Comments 2

By The Brad Papa Team, Olathe Real Estate Agents
(Realty Executives of Kansas City)
New Page 1 New Page 1 Free Boulevard Brewery Tours The Boulevard Brewery located at 2501 Southwest Boulevard, Kansas City, MO known for making great beer, but many people might not now that they offer free tours of the facility, which begins with a movie about the history of the brewery and ends in the tasting room for free beer samples! This is a great activity for a leisurely Saturday or for entertaining out-of-town guests! Free public tours are available at these times: Thursdays at 3 p.m. Fridays at 1 p.m and 3 p.m. Saturdays at 10 a.m., 12 p.m., 2 p.m. and 4 p.m. The catch is, reservations are REQUIRED and they book up very fast. You used to have to call for reservations, but not there is a handy online form here that you can make your reservations. You need to book early as tours... 02/26/2008
Comments 0 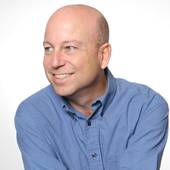 By Chris Lengquist, Kansas City Real Estate Investing
(Ad Astra Realty)
Real Estate Investing Class at UMKCOnce again I will be teaching at UMKC on March 1 and the topic will be The Basics of Real Estate Investing.  If you are a neophyte trying to decide to whom you should listen to I would encourage you to come on out. You'll need to put in your reservation with UMKC's Communiversity.  Just follow the link or give them a call at 816.235.1448. As always I try to make it at least a little bit of fun.  We'll see you there! 02/20/2008
Comments 3

The Housing Market Summary - Should I buy?

By Scott Finley
(Re/Max of KC)
In his Feb. 14th, 2008 commentary, Dr. Lawrence Yun commented on the reality of the current state of the nationwide housing market. He states, that although the national media churns out article after article about how bad the housing market is, there are many markets which are not only seeing appreciation, but are red hot! He notes that while the big laterday boom markets such as Las Vegas, some coastal states where subprime loans predominated, Florida, Detroit and Sacramento are suffering serious value declines, other markets such as upstate New York, most of Texas, and Utah are increasing in value. His ultimate analysis draws a picture of economic prosperity where housing markets can't be contained in a bubble of fear forever.         "Many markets have solid fundamentals of very aff... 02/20/2008
Comments 0 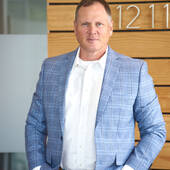 By Mike Russell, Overland Park Kansas Real Estate
(Mike Russell Real Estate Group)
Yesterdays KC Star described the 2007 real estate market as ugly. They spewed off a bunch of sales that showed some sellers taking a real beating on the sale of their home. The question I want to ask is this truly what is happening in our market? or is it more isolated? Perhaps there is a side of this story that you are not seeing or haven't thought about.By reading yesterdays article you would think that 50% of the homes in the area are in foreclosure and the other 50% have lost over 10% of their value. Let the truth be known that homes are selling and selling everyday and not everyone is losing money. The sellers who are losing money have generally bought in the last 2 years. If you don't believe that look at the 4 year percentage change listed in the Stars article 80 of the 96 zip co... 02/19/2008
Comments 0

By The Brad Papa Team, Olathe Real Estate Agents
(Realty Executives of Kansas City)
New Page 1   I run as part of my regular workout, and I've been known to participate in a few 5K's around town, but my wife has set a goal for 2008 is to run in 6 races! She has chosen the annual St. Patrick's Day Run in Westport to be one of them. This is a very festive run with many individuals and groups dressed in green attire such as hats, wigs, scarf's and those wacky green shamrock sunglasses. And don't worry, it not on St. Patrick's Day, it's the Saturday before!   I have participated in this race before and it's actually a 4 mile run, not the regular 5K, so participants might need some extra training. Around 3,000 people participate and the course winds through Westport and in spots it can be a little hilly. You actually finish by running up the main street in Westport, so sav... 02/19/2008
Comments 0 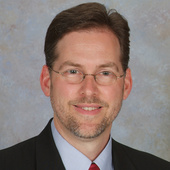 By John Currey, Residential Market Specialist
(Coldwell Banker Distinctive Properties of Kansas City)
There’s no hiding Kansas City’s historic Hyde Park Neighborhood, nor should there be, though occupants of the original namesake subdivision might think someone did just that! Having moved to the east of the earliest version, the present day Hyde Park community is bordered to the west by both Hyde and Gilliam Parks, stretching from 31st St. to 47th St., and from Troost Avenue to Gilliam Road. Built in an area that was once a stop for wagon trains along the Santa Fe Trail, the first homes were built there over a century ago in the 1890s. The community grew in desirability and prestige through World War II as the number and variety of the homes increased. Hyde Park features a diversity of architectural styles including Bungalows, Kansas City Shirtwaists, Victorians, Colonial Revivals, and ... 02/18/2008
Comments 0

By Chris Lengquist, Kansas City Real Estate Investing
(Ad Astra Realty)
New Zip Code Appreciation (Depreciation) Map for Kansas City Real Estate Last year I linked to the the Kansas City's Star's report on housing appreciation in the Kansas City metro area.  By in large there was modest appreciation and some depreciation...but not enough to worry about in most places. This year's interactive map shows a different story.  Read the entire story here.  (NOTE:If the Kansas City Star holds true they will not have this map up indefinitely.  So it's possible the link will lead you to nowhere after a couple weeks.  If they do you can purchase a zip code map for Kansas City by clicking Zip Code Map.)  Now let's put the numbers under the microscope and see what we see.  Especially for those out-of-staters that read this Kansas City real estate investing blog.  You ne... 02/17/2008
Comments 0

By Doug Voss
(KC Improved Homebuyers, LLC)
Many First-Time-Homebuyers don't really understand what they can afford and also don't understand how their credit situation truly affects their ability to buy.  I deal with quite a few lower income clients and they ALL want MORE than they can afford.  They usually don't have much money saved up if any at all and they think they can buy with no money down.  Some can, using special 1st Time Homebuyer incentive programs provided by the government and certain lenders.I like to offer the idea of Lease with Option to Purchase as a method for them to own a home.  If they are on the border of qualification for conventional bank financing, but not quite there, we can try to negotiate a small down payment and affordable monthly rent payments with some portion of the rent being applied to future ... 02/17/2008
Comments 6

By The Brad Papa Team, Olathe Real Estate Agents
(Realty Executives of Kansas City)
Kansas City offers various types of sports leagues and pick-up games, and the latest additions are some entertaining games from our youth such as dodgeball and kickball. Kickball has become quite popular in the last couple years and there are multiple leagues for those who would like to participate. Here are a few links for those interested in playing kickball in the Kansas City area: Midwestern Unconventional Sports Association: http://www.musakickball.com/ World Adult Kickball Association: http://www.kickball.com/waka_divisions.php American Sports and Social Club: http://www.kansascitysportandsocialclub.com/kcssc/   02/15/2008
Comments 0
<< Previous 1 2 … 77 78 79 80 81 82 83 84 85 86 87 Next >>
Explore Kansas City, MO
Kansas City, MO Real Estate Professionals