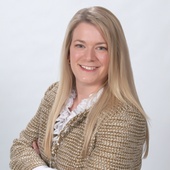 The Catholic Church of St Peter - the Oldest Parish in Minnesota

By Jennifer Kirby, The Luxury Agent
(Kirby Fine Homes)
The Church of St Peterwas founded in 1840 by Father Lucien Galtier, a priest who was sent by the local Catholic Bishop to care for the settlers and Indian population. He was only 29 at the time, a newly ordained priest, and his territory extended all over Dakota County.Located on the banks of the Minnesota River, the area was originally inhabited by the Dakota (Sioux) Indians. When settlers arrived in the early 1800's, they called the place St Peter. It wasn't until 1852 that the name was changed to Mendota, meaning "meeting of the waters". If you look on a map, Mendota is located where the Minnesota River and Mississippi River merge together.The church shown in the photo was constructed in 1853, to replace the log cabin that had been used for the previous ten years. It was constructed ... 09/05/2007
Comments 7
Explore Mendota, MN
Mendota, MN Real Estate Professionals