By Jim Mushinsky
(Centsable Inspection)
A Middleton MA home buyer should receive a brochure, Home Inspectors Facts for Consumers Sheet, at the time of the signing of the first written contract to purchase. A standard home inspection in Massachusetts is a visual examination of the physical structure and major interior systems of a residential building consisting of one to four dwelling units. It should be understood that there are certain risks inherent in the purchase of property and a home inspection is inherently limited in its scope and depth. The information gained from home inspection conforming to the Massachusetts Home Inspector Standards of Practice may reduce some of those risks, but the home inspection is not intended to provide the client with protection from all of the risks involved. Visit the Middleton MA Home I... 12/23/2012
Comments 0 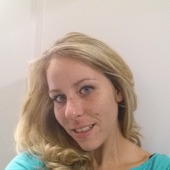 By Lynda Longmire
(Virtual Homes Real Estate)
Middleton Massachusetts Homes and Condos Sold in 2009 Single Family Home Sales The Middleton, MA real estate market report indicates that there were 42 homes sold in 2009 as compared to 45 in 2008. This represents a 7% decrease in the number of homes sold. The average sales price changed from $439000 in 2008 to $546212 in 2009, a 24% increase in value. The days on market changed 21 % from 154  to 186. Visit Middleton MA real estate for information about the community, relocation, demographics, MLS search, home buying and selling guides.   Go to Middleton MA homes for sale to view current listings of homes, condos, multi-family and land listings. Condominium Sales The Middleton, MA condominium market data indicates that there were 44 condos sold in 2009 as compared to 30 in 2008. This r... 07/19/2010
Comments 1 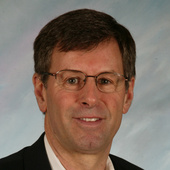 By Fred Doleac, Real Estate in a Virtual World
(Fred Doleac - Bean Group)
Middleton Massachusetts Condominium Market Report - YTD (10/31/2009) There were 36 condos sold YTD in Middleton, MA with an average sales price of $336,821. The selling range was a low of $170,000 and a high of $565,000.    Virtual Homes Real Estate provides search tools to asist you in learning about the community, listing and market conditions. Click on the following links for your choice of services. Middleton MA Real Estate - Community, relocation and school information with town demographics. Middleton MA Foreclosures - Obtain a list of foreclosed and bank owned real estate and short sales Middleton MA MLS Search - View all listings in the statewide MLS. Middleton MA Homes for Sale - Map Search - Search by location, neighborhood and commuting. This report is based on activity repor... 11/19/2009
Comments 0

By Webb Dickson
(Dryer Vent Wizard New Hampshire and Massachusetts)
Who needs dryer vent cleaning? Commercial laundries Town homes Condominiums Apartments Duplexes Single-family homes Spring and Fall are ideal times to schedule a dryer vent cleaning. Your Dryer Vents are All-Important There are many things that contribute to the proper operation of a clothes dryer. The venting is perhaps the most critical. Below we describe a dryer's functions and how its venting plays a part. Moisture One of the most important functions of a dryer is the elimination of moisture recovered during the heating of damp clothing. This moisture is held in the warm air produced by the dryer as humidity, and is normally expelled to the outdoors through the dryer's vent. If this air can not be adequately removed, poor drying will result. This moisture can also condense into pool... 07/26/2008
Comments 5 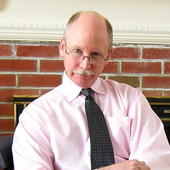 By Jay Burnham, The Coldwell Banker Guy
(Coldwell Banker)
Settled in 1659, Middleton is a small agricultural-residential community that offers residents easy access via Route 128, near I-95 and route 114 to Salem, Danvers, Beverly and boston.  Residential neighborhoods include established single family homes far from commercial activity.The Ipswich River has a public beach for swimming, parks provide playgrounds, and ballfields are plentiful.  The town also has two private golf courses and country clubs.The population of Middleton is about 7,800 and the distance to Boston is 20 miles.  There is commuter rail service in nearby Reading.Recreation: Private golf and country clubs, tennis courts and a driving range.Town Hall: 978-774-6927Regards,Jay Burnham, VPColdwell Banker Residential BrokerageNorth Shore, Massachusetts      05/08/2007
Comments 0