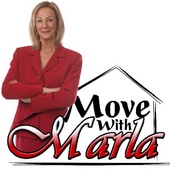 Mortgage Deduction at Risk for Some Homeowners

By Marla Schneider, Move with Marla
(The Marla Schneider Team)
President Obama promised some creative approached to fixing the economy.  His latest budget recommendation to reduce the mortgage interest deduction for high income taxpayers has produced many arguments on both sides.  The approach may be creative, but it is also very controversial. This year, the mortgage-interest deduction for owner-occupied homes is estimated to cost the government $100 billion. This makes it the largest government for subsidy for housing and one of the most expensive tax deductions.  The new budget hopes to raise over $318 billion over the next decade by lowering the itemized tax deductions for the wealthy, which includes interest paid on home mortgages. Those currently paying income taxes at the 33 % and 35 % rates would only be able to claim deductions at the 28 %... 03/17/2009
Comments 2

By Marla Schneider, Move with Marla
(The Marla Schneider Team)
To help up to 9 million borrowers stay in their homes, the Obama administration has launched a "Making Home Affordable" program. This program is designed to keep struggling borrowers in their homes through refinanced mortgages or loans that are modified to lower monthly payments. To qualify for the modification program, which will run through 2012, you must provide your most recent tax return, two pay stubs, and "affidavit of hardship."  Your loan can only be modified once, and this is only for loans made on or before January 1, 2009. These mortgages are for single-family properties worth up to $729,750 (depending on the area.) Lenders could reduce the interest rate as low as 2 percent over five years, with the rate rising to 5 percent until the loan is paid off. The refinance program i... 03/09/2009
Comments 0

The Stimulus Bill Comes to Illinois

By Marla Schneider, Move with Marla
(The Marla Schneider Team)
What will the Stimulus Bill mean for Cook county residents? The $787 billion stimulus package signed by the President recently is not only going to put more money in our pockets by lowering our taxes, it will rebuild our highways, modernize schools, rebuild main streets, update O'Hare, but most importantly put blue- and white-collar people back to work.  Like all American city mayors, Mayor Richard Daley of Chicago has a wish list - $700 million worth that is 32 pages long. Though final disbursement figures won't be released until March, the Chicago Transit Authority (CTA), Metra, and other local public-transit operators will hopefully get a bit under $400 million for new capital projects. Chicago-O'Hare Airport should receive $1.1 billion for the expansion project. Chicago will also re... 02/25/2009
Comments 1

Mother Temple of the West

By Alan May, A moving experience!
(Jameson Sotheby's International Realty)
We are fortunate, here on the North Shore of Chicago to have one of the architectural and cultural gems of the world right here in our front yard. I"m talking about the Baha'i Temple. There are seven existing Baha’l Houses of Worship in the world. Each has its own unique design, and yet conforms to a set of architectural requirements that give a unifying theme. It is required that all Bahai temples have a nine-sided circular shape, and that no pictures, statues or images can be displayed within, nor any altars or pulpits may be permanently affixed.  As of now, all Houses of Worship that have been build have a single undivided room under their dome, and in all seven existing temples have their seating in the auditorium facing the Shrine of Bahaullah in Acre Israel. There is one in Kampal... 11/13/2008
Comments 4
<< Previous 1 2 … 17 18 19 20 21 22 23 24 25 Next >>
Explore Wilmette, IL
Wilmette, IL Real Estate Professionals