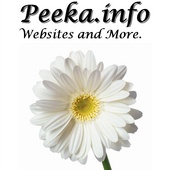 By Peeka Info
(www.Peeka.info)
December Existing-Home Sales Jump Source: National Association Of Realtors | January 20, 2011 Existing-home sales rose sharply in December, when sales increased for the fifth time in the past six months, according to the National Association of Realtors. Existing-home sales, which are completed transactions that include single-family, townhomes, condominiums and co-ops, rose 12.3 percent to a seasonally adjusted annual rate of 5.28 million in December from an upwardly revised 4.70 million in November, but remain 2.9 percent below the 5.44 million pace in December 2009. Lawrence Yun, NAR chief economist, said sales are on an uptrend. "December was a good finish to 2010, when sales fluctuate more than normal. The pattern over the past six months is clearly showing a recovery," he said. "T... 01/30/2011
Comments 1 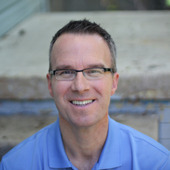 Supermarket Secrets-Helpful Tips to Save You Time and Money

By John Hruska
(Homes Charlotte, LLC)
Many of us think of supermarket shopping as a dreaded chore. For most, the reason is two-fold: time and money. Here are a few tips that'll help you save on both.A little organization goes a long way. A supermarket's busiest times are weekdays between 5 and 7pm and weekend mornings. The slowest times are weekday mornings as well as popular TV nights. By planning ahead (and setting your TiVo®), you'll minimize the time you spend at the market. Also, try not to stray from your shopping list and never shop when you're hungry. Both faux pas are notorious for adding time to your excursion.Be friendly. People who work in service industries are exposed to unfriendly customers on a daily basis. A smile and a simple "hello" go a long way. As you become a store regular, employees will soon recogni... 02/06/2007
Comments 0