Home Inspector
Eric Shaw
Invest in your home with Knowledge. I will look high and low and let you know about the house that will be your home
Cell: 815-557-5543
More Info 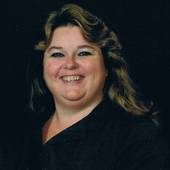 By Sandra Workman, BBA, Broker, CRS, GRI, ABR, SFR, CNE, ePRO, CNHS
(Coldwell Banker Realty)
Located 50 miles due south of Chicago on the historic Dixie Highway, the city of Momence is the oldest town in Northeastern Illinois, being established in 1834.  Early settlers called Momence the "Border Town" to describe it's position between 1800's civilization and the American frontier.     When fur trader Gurdon Saltenstall Hubbard first ventured into the region to establish a trading post, most of the area was still wilderness, prairie, woodland, and marsh.  The area was home to the Native American Pottawatomi, whose chief was Momenza, which inspired the name "Momence."  The trail Hubbard established between Chicago (Ford Dearborn) and Vincennes Indiana later became the Dixie Highway, which bisects the town as well as the Vincennes trail.     With the rich land for farming, the ... 03/10/2008
Comments 1
Explore Momence, IL
Momence, IL Real Estate Professionals