Baby Boomers- Time to Plan for your Retirement

By Jack Lewitz
(Exit Strategy Realty)
The term" Baby Boomer Generation" defines those born between 1946 and 1964 and are those people who are now 40-58 years old. This population "boom" came after the return of soldiers from World War II. There are 76 million boomers in America who will be faced with issues of retirement, empty nesting, becoming the new " Sandwich Generation" as a result of their own aging parents, in-laws, and grown children who return to live with them at some stage of their retirement.  If you are a " Baby Boomer" and planning your retirement here are some things to consider.36% will move into a new home which is more than 3 hours from their current home.44% will move because they want a smaller house with less maintenance.30% prefer a urban community setting22% want adults-only neighborhoods.24% will... 03/16/2008
Comments 1

By Jack Lewitz
(Exit Strategy Realty)
I just got off the phone with a client who has a plan to retire in Hawaii in the next couple of years. His ultimate scenario is to find a house on the beach. This struck me because there are many different ways to plan for your retirement and many different places to choose to live. Do you want to live on the beach, or how about in the mountains, in a rural setting or urban setting. Different strokes for different folks. To start your planning pick up a book or magazine. I just recently received a copy of a magazine titled" Where to Retire" and one of the articles in the magazine is " The best tax heavens and the worst tax hells". Interesting article if you are on a budget and do not want to pay a lot on Real Estate Taxes. If you would like to discuss your retirement plan I have set up ... 03/13/2008
Comments 3

By Jack Lewitz
(Exit Strategy Realty)
I often check my blog statistics to see comments being made by people searching for real estate information. I came across a recent comment that said "help I am in pre-foreclosure". This struck me as a cry for help but I have no way of reaching this person and offering help  unless of course they take the next step to call me. I am finding people who are in a crisis do not know where to turn and often do not seek the help they need for many reasons. As short sale specialists how are you reaching people and just for your information I am posting this out to those who are in this situation so we can actually help them... 03/13/2008
Comments 1

Special Notice to Homeowners in Evanston and the North Shore

Under the Puri Tree- A Real Estate Poem

By Jack Lewitz
(Exit Strategy Realty)
Downtown Evanston has something to offer everyone. It seems that new construction is everywhere. Central to the revitalization of the downtown was the Century 12 CineArts 6 Movie Theatre at Maple and Church Street. Century 12/ Cine Art 6 Theatre In the past 4 years new condominum projects have followed and more are on the way. A 40 story building is being proposed and this will be the tallest building outside of Chicago. This new building will add to the already occupied new units surrounding downtown. Some of these newer buildings are pictured below: Optima Towers Sherman Plaza Mathew Backus of LA Fitness standing out in front of the new health club at Sherman Plaza. Site of Propossed 40 Story Tower is near Fountain Square where Jenna, Tom and John are sitting during their lunch break... 03/09/2008
Comments 1

By Jack Lewitz
(Exit Strategy Realty)
My advise to new buyers  is  before you look at homes  to buy go get pre-qualified for a loan. With  mortgage defaults and foreclosures on the rise, lenders are going back to the basics which is full documentation loan. What this means is that if you are a buyer and  are applying for a new loan then you must have good credit (FICO scores), show proof of income with W-2’s,  1099’s if sell employed, and have sufficient money for a down payment (10 % of the purchase price). I also would advise new buyers not to be house rich and cash poor. What I mean by this is do not stretch your ability to make monthly payments on your home. Keep within a budget. The old rule of thumb was that you should not have a mortgage greater than 2.5 times your annual salary. Another  way to look at it is thr0ugh... 03/09/2008
Comments 0

Difference between a Condo and Coop

By Jack Lewitz
(Exit Strategy Realty)
The major difference between a Condo and a Cooperative (Coop) is in the type of ownership. With a condo the owner actually owns real estate and gets title to this unit usually in a fee simple title. With this ownership comes and undivided interest in the unit and the common areas of the building. In a Coop you do not own real estate rather your ownership is a percentage in a not-for-profit corporation. As a shareholder you get to lease space in the building. The corporation owns the common area space. Because condos are owned individually and as such each condo unit has its own seperate real estate tax bill. With coops there is one real estate tax bill which the corporation pays and passes along the cost to the shareholders. Real Estate taxes tend to be lower in coops because sales are... 03/09/2008
Comments 1

Banks should stay out of the Real Estate Business!

By Jack Lewitz
(Exit Strategy Realty)
I have been a realtor for over 10 years and in a family owned Finance Business for 8 years and it is my opinion that Banks Should Stay out of the Real Estate Business and do what they do best LEND MONEY. I recently had an experience doing a short sale where I had 7 offers and I could not get the bank to accept the highest and best offer we had which was over list price. If you have been in this business long enough you know "Your first offer is usually your best offer" so why does the bank think their property is worth more. I know for a fact that as soon as they put the property back on the market there will be a price reduction and they will get less for the property. So again I say to them "Do you want to be in the Real Estate Business or Lending Business?" Remember another cliche" T... 03/07/2008
Comments 7

By Jack Lewitz
(Exit Strategy Realty)
People laugh when I say " Real Estate Consultant for Life' but it is true. If you want to stay in this business you have to find a way to generate repeat business and referral business. I think if you are able to develop relationships with people and show them that you care about them and appreciate them then you should have clients for Life.  03/07/2008
Comments 2

Evanston Architecture is Rich in Style...

By Jack Lewitz
(Exit Strategy Realty)
Evanston is rich with many different architectural home styles. For purposes of this article I will discuss three prominant styles : Victorian ,Queen Anne , and Tudor Revival . Victorian (1860-1880) Many people use the term Victorian to describe an architectural style yet Victorian is not really a style as it is a period in history. The Victorian era dates from about 1840 to 1900. There are many differerent features during this era and can be put into sub categories (i.e. Gothic Revival, Victorian Italianate). Queen Anne (1880-1910) While also considered a Victorian the Queen Anne is the most elaborate and the most eccentric. Often it is described as romantic and feminine Tudor Revival (1890- Present)-Tudor Style architecture imitates 16th Century English architecture. These homes look... 03/07/2008
Comments 2

By Jack Lewitz
(Exit Strategy Realty)
How will buyers and sellers adjust to new challenges? The next big challenge will be how both buyers and sellers adjust to short sales, foreclosures, and bank owned properties. Experts are predicting more foreclosures in 2008 and as a result the real estate market will have a record number of homes for sale in 2008. I do not see the real estate market getting back to a normal market for a couple of years. Short sales, foreclosures, and bank owned properties are creating a new surge of interest in real estate by investors. These investors are looking for deals and these deals are affecting the sale price of homes on the market. I do not believe the market will get back to normal until these investors start selling off their real estate portfolio or there become fewer foreclosures. If you... 03/07/2008
Comments 0

By Jack Lewitz
(Exit Strategy Realty)
As of today’s date there are 227 homes for sale in Evanston, IL and 36 homes under contract since January 1, 2008. According to this information the average time on the market in Evanston is 6 months. Of interest is the number of homes under contract that have Home Sales Contingencies or Homes to Close Contingencies. (Home Sales Contingencies occur when the buyer has a home to sell but has a contract on a new home or a Home on the Market with a Contract but has not closed). According to the MLS there are 9 homes out of 36 homes that have such contingencies. What does this tell you about the real estate market in Evanston? Well in a very active buyers market such contingencies would never exist. Does this mean the Evanston market is slowing down? It is hard to say just yet. We are just e... 03/07/2008
Comments 0 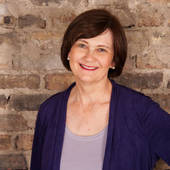 A visit to the newly-offered land trust home in Evanston

By Susan Ani
(Baird & Warner)
I visited the land trust home that I wrote about today.  The executive director of the organization behind this project was there, as well as a couple of directors from the Board.  The house is in the process of being rehabbed, including a totally new kitchen and bathroom.  The house held some surprises for the group, once they closed the sale and started investigating the structure with their contractor.  Who KNEW there would be water damage behind the walls of that back bedroom window!!  But they are addressing all issues in the house and are transforming it into a safe, warm (adding insulation in all the walls!) abode for some deserving family.  After visiting their project house today and chatting with the executive director and board members, looks like I might be getting involved ... 12/16/2007
Comments 0

They "giving it away" in Evanston

By Susan Ani
(Baird & Warner)
Imagine, a rehabbed brick ranch home for sale near Main & Dodge for $180,000. It's true! Being offered by a grassroots organization, this is a wonderful holiday gift for some lucky family that meets the financial guidelines of eligibility. The "catch?" The buyer will own the building, but not the land it sits on. It is being held by a land trust, which is "The Citizen's Lighthouse Community Land Trust." More details are on their website: www.citizenslighthouse.org. This property is in my own neighborhood, and I could not be happier about it. Who do you know that could appreciate an invitation to consider buying this home? 12/14/2007
Comments 4

By Michael Hutchins - Consumer Advocate, Chicago
(Michael Hutchins Ent.)
Here in the Chicago area there's a little community called Evanston that is quickly turning into gleaming new city with plenty to do.  Bordered to the south by the city of Chicago, Evanston sits right on Lake Michigan.  Evanston has been transforming from a quiet little residential suburb into a bustling, activity-filled, pedestrian paradise.  With plenty of beachfront parks, fantastic access to public transportation, tons of restaurants, and loads of unique shops, Evanston has a lot to offer its residents and visitors to the community.  Evanston also happens to be the home of the Big Ten University's Northwestern Wildcats.Many like living in Evanston, because like Chicago you don't need to own a car to get around.   Many people living in Evanston today work in downtown Chicago and get ... 03/20/2007
Comments 0
<< Previous 1 2 … 47 48 49 50 51 52 53 54 55 Next >>
Explore Evanston, IL
Evanston, IL Real Estate Professionals