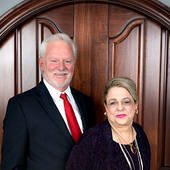 By Sally K. & David L. Hanson, WI Real Estate Agents - Luxury - Divorce
(EXP Realty 414-525-0563)
Athens, GA rare beauty for sale 469 Millstone CircleAthens, GA  30605A steal at $599,000  Rarely available one story traditional brick ranch with 5 bedrooms, 3.5 baths plus office with 2 separate living areas. Within the last 18 months this home has been has been newly renovated and painted using the only the finest materials. With almost 3,400sq. ft. of living area this home features Karastan carpeting in bedrooms, wood floor throughout and crown molding, a natural gas/wood burning brick fireplace, all new ceiling fans and light fixtures inside and out, brand new Plantation shutters and leaded glass doors on front and throughout interior of house. All 4 bathrooms have been completely renovated down to the studs with 24x24 porcelain tile in showers and floors, oversize custom frameless ... 05/07/2019
Comments 10

By Michelle DeRepentigny, Broker Athens, GA
(Success Realty)
This recently renovated home at 2015 Morton Road in Athens, GA is situated on 5.12 Acres!  You will love the privacy of the wooded lot.  Remodeled in 2014 with new flooring throughout, updated kitchen with granite countertops and stainless steel appliances, new exterior paint, exterior rock accent added, and updated bath with granite countertops....just fresh and ready for you to call it home!There is a rustic but contemporary feel with flexible living and dining area options!  Extra special touches include vaulted ceilings; walls and ceilings covered with gorgeous barnwood, and a stacked stone fireplace.There are 3 bedrooms and 2 baths on the main level.  The laundry is located in the hall bath.  Downstairs you will find a spacious unfinished basement plus an oversized 2 car garage wi... 04/27/2018
Comments 1

By Michelle DeRepentigny, Broker Athens, GA
(Success Realty)
Are you beginning that search for an Athens, GA area home?  Are you a student planning to attend the University of Georgia? Are you currently renting?  Did you know that it's very possible to find a home with a lower monthly mortgage payment than what typical rents are in Athens, GA?   There are many great home deals available in and around Athens, Georgia right now!  Take a look at a few of our featured, affordable homes: 110 Booker Street - located in downtown Athens, GA ~ close to the University of Georgia!   106 Cherry Lane, Athens, GA ~close to the University of Georgia!   380 Sunset Dr, Maxeys, GA ~ 28 miles from the UGA Arches!  Free College Scholarship*   There are many other Athens, Georgia homes available right now,  and we invite you to search the Athens MLS with no registrat... 07/04/2014
Comments 2

By Michelle DeRepentigny, Broker Athens, GA
(Success Realty)
There are many great reasons to call Athens, GA home.  Recently Athens, GA has won some great awards and had some really great press, so I thought it might be time to share some of them with you again! 9 Southern Towns You're Forgetting About But Shouldn't from Huffington Post  "Athens is known by different people for different things: to some, it's the birthplace of the B-52s and REM and a present-day killer music scene, to others it's the home of the University of Georgia. It's also just a really cool, walkable college town about 70 miles east of Atlanta." Athens Voted Top Foodie City in Southeast from Flagpole, "Athens is the best foodie city for groups in the Southeast, according to an online poll of ConventionSouth magazine readers."  Well, we already knew it! But validation is a... 04/05/2014
Comments 0

By Michelle DeRepentigny, Broker Athens, GA
(Success Realty)
The Athens, GA real estate market is well on it's way to recovery in 2014, in my opinion.  Pocket areas still continue to be volatile, but an overall an increase in median price has been occurring over the prior 12 months. Days On Market have also decreased overall.  I've also noted that some houses that were not distressed real estate (Short Sales or post Foreclosure) have been selling recently even after extended Days on the Market.  This indicates good news for those who wish to sell Athens, Ga area homes.  Potential sellers who but have been waiting for the market to recover, as they see a regain in their equity in many cases are able to at least break even or make a profit now. Although deals on post foreclosure (commonly know as REOs) homes are still available, there are fewer ava... 01/13/2014
Comments 0

By Michelle DeRepentigny, Broker Athens, GA
(Success Realty)
We've had to search out the most friendly dog dining in Athens, GA.  Why? Well, Bo the Boston Terrier is deeply upset when we go to dinner without him. One of his absolute favorite places is Square One Fish Company!        Bo highly recommends the Tuna with a Strawberry Jalepeno sauce.  He's also pretty partial to shrimp anyway Chef Joe prepares it.   Square One Fish Company has a huge outdoor patio with plenty of seating for fur babies and their families.  Spring is soon to arrive in the Athens, GA area and we are getting you ready for outdoor Dog Friendly Dining in Athens, GA with all of Bo's favorite to be featured over the next several weeks.   So if you are looking for a great restaurant in Athens, GA that allows dog to dine outside - Square One Fish Company is located at 414 N Th... 01/28/2013
Comments 2

By Michelle DeRepentigny, Broker Athens, GA
(Success Realty)
We've been fairly blessed in Athens, GA over the last few years.  While there have been pocket areas of declining values, our market have been more stagnant than declining.  And WOW, what a change for the good over the last 90+- days!   Inventory levels are LOW!  At their lowest point in over 36 months.  Resells are starting to get some attention again!   Prices are stablizing!  Even the ares with decline over the past 24 months are rising again.   What does this mean for the buyer or seller?  If you are shopping, don't wait any longer!  Competition is heating up.  If you are selling, or have wanted to sell but could not afford to lose you equity...now may be the time!   This is the most balanced market I have see in a while, so maybe it is time to take advantage of it.   Happy Real Est... 09/20/2012
Comments 1

By Michelle DeRepentigny, Broker Athens, GA
(Success Realty)
A recent trip to the grocery store led to an impromtu real estate seminar in the produce section yet again. A client who purchased their home from me a few years ago found me carefully inspecting cantaloupes - as always, the question of the day was "How's the real estate market?". I was overjoyed to answer  "Better than it's been in a few years now!".  And then proceeded to explain just why: The Athens, Ga market has remained mostly stable with only pockets of significantly declining areas. The inventory levels are at the lowest in a 24 month period.  This means it is a more balanced market - instead of just a strong buyer's market. Interest rates are fabulously low! Prices are still affordable! I am excited by the opportunities for both buyers and sellers in the Athens, GA real estate ... 06/20/2012
Comments 0 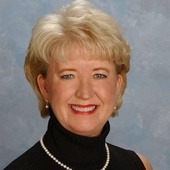 AlanFest 2012 - A Story Worth Hearing

By Virginia Cheezum
(F. C. Tucker Company)
AlanFest 2012, A Story Worth Hearing(On a personal note, this is my baby sister's only son.  His life's story was amazing.  And hundreds, if not thousands of his family, friends and supporters are coming together in Athens, Georgia next weekend to celebrate his life and honor the huge impact that his short life had on this earth.) Alan Fest 2012 --- ATHENS, Georgia --- “We’re throwing an evening concert for everyone to get together and rage in memory of Alan, the coolest guy I know,” says Meara Spillum, girlfriend of Alan Lewis. She’s speaking of AlanFest, an upcoming concert that takes place on Earth Day weekend Saturday, April 21, 2012 at New Earth Music Hall, in honor of the late David Alan Lewis. “It’s for friends of Alan to come together and reconnect, it’s a time to remember and r... 04/15/2012
Comments 0

By Virginia Cheezum
(F. C. Tucker Company)
Alan Fest 2012 - A Benefit Concert at New Earth Celebrates Earth Day and An Amazing IndividualAlan Fest 2012 --- ATHENS, Georgia --- “We’re throwing an evening concert for everyone to get together and rage in memory of Alan, the coolest guy I know,” says Meara Spillum, girlfriend of Alan Lewis. She’s speaking of AlanFest, an upcoming concert that takes place on Earth Day weekend Saturday, April 21, 2012 at New Earth Music Hall, in honor of the late David Alan Lewis. “It’s for friends of Alan to come together and reconnect, it’s a time to remember and rejoice in his spirit, a night to share the story of who Alan is, and a night to raise some money for his scholarship fund. Plus, it’s going to be one heck of a show.”Alan, a 2010 University of Georgia graduate, was a well-loved young man w... 02/16/2012
Comments 4

Athens, GA Housing Market on the Upswing in 2011 ~ It's A Great Place to call HOME!

By Michelle DeRepentigny, Broker Athens, GA
(Success Realty)
There has been much good news in the the Athens, GA metro area lately regarding our community and the economy! Athens, Georgia was named one of the 41 housing markets on an upswing by NAHB (National Association of Home Builders)/First America Improving Markets Index.    "The index identifies metropolitan areas that have shown improvement from their respective troughs in housing permits, employment and house prices for at least six consecutive months." In the awesome places to live category, Athens, GA was also ranked #1 of the 31 Coolest College Towns by Bleacher Report.  Southern Living also named Athens, GA as one of the South's Best College Towns this year. 900 new jobs to be created in adjoining Jackson County when Bed, Bath & Beyond opens their new 810,000 sf distribution center... 12/28/2011
Comments 4 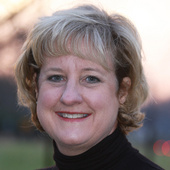 By Michelle DeRepentigny, Broker Athens, GA
(Success Realty)
It's FUN!  It is Free!  It is for the whole Family! Please join us at the 5th Annual Athens Area Association of REALTORS Family Fun Day. Saturday, September 24th from 10am until 2pm There will be Bouncy Houses, Games, & Activities for children of all ages.  Along with free popcorn, cotton candy, & more! The Fire Safety House will also be on location.  Children will learn hadns on how to safely exit burning structures with simulated smoke & heat!  STOP, DROP, & ROLL...this could safe your child's life one day! Donations to the Georgia Firefighters Burn Foundation are appreciated, but all activities are FREE! I look forward to seeing YOU there! Where:  Athens Area Association of REALTORS Office 1720 Meriweather Dr, Bogart, GA 30622     09/23/2011
Comments 0 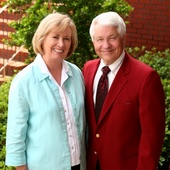 Some cool things to do on a hot day in Athens, GA

By Paul & Diane Boykin
(Keller Williams Realty Greater Athens)
Recently, we were looking for something to do on a hot afternoon in Athens and came up with a couple of fun ideas. First, we visited the newly reopened Georgia Museum of Art over on the East Campus of the University of Georgia.  Previously, we had seen several special exhibits there, but they did not have room to display many of their own collection.  With a beautiful new addition, there are a number of paintings now on permanant display. Then we headed on over to the State Botanical Gardens located on South Milledge Avenue.  They were having a special exhibit of garden gates which were fun to discover.  We even ventured outside of the conservatory in spite of the heat to see some of our favorite gardens. The Conservatory at the botanical gardens   Blue garden gate       Huge Angel Tru... 09/13/2011
Comments 0
<< Previous 1 2 3 4 5 6 7 8 9 … 16 17 Next >>
Explore Athens, GA
Athens, GA Real Estate Professionals