By Mike Linton
(Keller Williams Florida Partners)
We would  to introduce a unique and exciting investment strategy that we are bringing to your area and are offering to a limited number of people. Bringing years of real estate and mortgage experience to the table, we have developed an investment plan that allows investors to start with nothing but their primary home to owning 16 or more properties in a 6 to 10 year period. Our plan even shows you how to get the money needed to purchase your first property. 01/13/2007
Comments 0

By Lysa Napolitano
Daytona Beach is all abuzz with talk of the "Thunder" being back in town the last couple days. When you hear "Thunder" mentioned this time of year they aren't speaking of the weather or our 2 yr old Arena Football Team, The Daytona Beach Thunder, they are speaking of NASCAR Thunder! I've been hearing that Thunder for the past 2 days here at the office as the cars come up on Turn 2 and head to Turns 3 & 4, our office is about a mile from the Daytona International Speedway, as the Great Blue Heron flies off the backstretch and heads south. usually I hear everything that goes on there. (but I didn't hear the Rolex cars last week.) The drivers are testing out their machines at speeds from 183.194 MPH (Dale Jr's 10th fastest speed) to 183.974 (Tony Raines fastest lap time so far) this week ... 01/10/2007
Comments 2

By Anna Lukyanova
(Century 21 Sundance Realty)
Things to Do Now through middle of march you can visit Blue Spring State Park and see manatees in close proximity. Click here to see recent pictures from our trip up there.Blue Spring State Park Photos BLUE SPRING STATE PARKMANATEESThe spring is much more than a scenic area for canoeing and swimming; it plays a vital role in the survival of one of Florida's most beleaguered residents -- the manatee. Visitors can learn more about this endangered animal through ranger interpretive programs. A chair accessible observation platform provides a view of the endangered mammals that gather at the spring during the cooler months of the year. From November through March, the manatees leave the colder waters of the St. Johns River for the safety and comfort of the 72-degree spring.   01/09/2007
Comments 5

By Anna Lukyanova
(Century 21 Sundance Realty)
Community InformationBelow is the list of websites for organizations in the greater Daytona Beach area that should be helpful in getting to know a little bit about Daytona Beach. If you have any other specific questions about the area, please contact us by clicking here. We will be happy to help if we can.SchoolsVolusia County SchoolsAn extensive site with detailed information about Volusia County's K-12 public schools. Daytona Beach Community College (DBCC) Stetson University Embry Riddle Aeronautical University Flagler County School DistrictArea Attractions, Activities and RecreationVolusia County Beaches Daytona International Speedway Official DIS site with photos, schedule, background. Bike Week Live Photos and schedules of events. During Bike Week, includes a live stream of events.... 01/08/2007
Comments 1 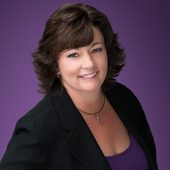 By Lysa Napolitano
Auto enthusiasts are beginning to flock to the greater Daytona Beach area today for a month and a half of auto racing. From the Stanley Steamer to the National American Stock Car Association, we'll have something for everyone. Did you know that Ormond Beach, Florida is the "Official Birthplace of Speed"? It's true! 1903 was when racing began on the beaches of Ormond Beach for the "Ormond Challenge Cup." Winton "Bullet" driven by Alexander Winton raced The Olds "Pirate" owned by Ransom Olds driven by HT Thomas The race was "so exciting it is still discussed today" The "Bullet" managed to win by 1/5th of a second. Thus began beach racing.In 1906 Fred Marriot broke the land speed record on the beach at 127.659 mph in Ormond Beach in a Stanley Rocket Racer built by F. E. Stanley.. They re-e... 01/04/2007
Comments 4

Living In Coastal Volusia Or Flagler County, Florida IS Special

By Lysa Napolitano
I see a lot of statistics and info on the blogs here in AR but I want to explain why living here on the East Coast of Florida can be so special. First off we have two huge NASCAR Races, the Daytona 500 and Pepsi 400 every year, the ROLEX 24, we have BIKEWEEK, Biketober Fest, and of course Spring Break all through March, and many other events through out the year. Our Natural Special Events are even better tho....In December the Manatee flock to a beautiful State Park called Blue Springs in Orange City by the hundreds to keep warm. It is a natural spring that is a constant 72º year round. The water is so clear you can see all the way to the bottom and watch the moms with their calves. If you visit the park from December to February make sure to get there early, after 11 it could take you... 12/29/2006
Comments 6 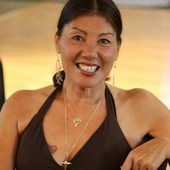 By Midori Miller, Online Marketing For Real Estate Professionals
(Talk 2 Midori, LLC)
Dear Mr. and Mrs. Daytona Beach Sellers, You may be wondering why your property is STILL on the market, well I am here to share some important information you may not be aware of.  For starter's if you are interested in statistics for home sales in our area for any given month please go to http://www.daytonarealtors.com/   Under the Press button you can get the facts.  November and December Sales are not posted just yet but you can form your own opinion by clicking on October's Sales.  Let me recap for you a few of the stat's that you may find important and helpful in making decisions to get your home sold faster. In October we had 8,252 listings in our Multiple Listing Service.  Today December 29th, 2006 we have 8474 listings for sale. Sales in October were a total of 294 with 202 be... 12/29/2006
Comments 0

Birdwatcher? Golfer? Pelican Bay In Daytona Beach, Florida Has The Perfect Home For You!

By Lysa Napolitano
You like to watch wildlife in their environment? How bout a nice round of golf on that day in December when you find the temperature is going to be 77º?  I think I know of a perfect place for you, and I only work there. Pelican Bay, one of a few gated communities in the Daytona Beach area of Florida may be the place you are seeking. Pelican Bay has 2 gated entrances, not manned by a keypad but each manned by a human! The community is surrounded by a lake that attracts all sorts of different wild birds, has a good amount of fish, a few otters, (yep I've seen 2) and two championship golf courses. It also has a fine clubhouse and pro shop. For more information on the actual community of Pelican Bay check out Susan Southerland's Profile page. She is very knowledgeable about the sales within... 12/19/2006
Comments 0
<< Previous 1 2 … 64 65 66 67 68 69 70 71 72 Next >>
Explore Daytona Beach, FL
Daytona Beach, FL Real Estate Professionals