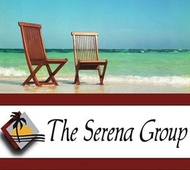 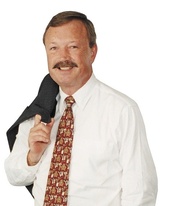 By Rich Stover
(RE/MAX Alliance Group)
The simple answer is "yes" but the mortgage you can get today is way different from the one you might have gotten away with as recently as last year.  There are at least four mortgage sources you might want to consider if you are hoping to buy a home in the Sarasota area while prices are still low.     Before the big "mortgage meltdown," people were able to qualify for a mortgage without even having to prove their actual income, among other things.  Today, you'll not only have to be able to document your famly income, but you'll also have to provide information on other assets and liabilities that you have.  Mortgage lenders now also want to accurately measure your "debt-to-income ratio", that is, what percentage of you total and take-home pay will be consumed by this mortgage if it is ... 04/08/2009
Comments 1

WHAT WOULD OUR ECONOMY SAY IF IT COULD SPEAK FOR ITSELF? (MANATEE COUNTY)

By Bradenton, Sarasota, Real Estate ~ The Serena Group, Selling Real Life Dreams in Paradise!
(Bradenton-Homes, Experts - Keller Williams Realty )
Funny.... I would have thought the economy would be male! This video made me smile... Such a dire subject, but necessary to find humor even in the harshest of circumstances, don't you agree? 04/07/2009
Comments 4

OK.... What is so Special About April IN MANATEE COUNTY?! 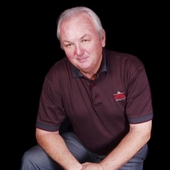 April Fools! Conficker will not ruin your computer...

By Howard Serena
(Keller Williams Realty of Manatee)
All though today is April Fools, I'm afraid the Conficker Virus is no joke. Having said that - BE WEARY. This virus, despite any wide spread cyber panic and suggestions otherwise, WILL NOT WRECK YOUR COMPUTER.  The worm (virus) has stopped spreading. Dean Turner, director of Global Intelligence Network Symantec Security Response said today that "The sky is definitely not falling. Some folks who have been talking about it have misinterpreted some of the technical details . . . but, we should definitely be aware of this." Most of us (who heard the call) have updated our anti-virus software and ran our Microsoft updates to safeguard ourselves from the effects already. And for now...all is still quiet in cyber world, there is no word of instructions being sent by the programmers to the viru... 04/01/2009
Comments 5

By Bradenton, Sarasota, Real Estate ~ The Serena Group, Selling Real Life Dreams in Paradise!
(Bradenton-Homes, Experts - Keller Williams Realty )
THE SERENA GROUP PROUDLY SPONSORS CELL PHONES FOR SOLDIERS!   Cell Phones for Soldiers hopes to turn old cell phones into more than 12 million minutes of prepaid calling cards for U.S. troops stationed overseas in 2008. To do so, Cell Phones for Soldiers expects to collect 50,000 cell phones each month through a network of more than 3,000 collection sites across the country.   The phones are sent to ReCellular, which pays Cell Phones for Soldiers for each donated phone – enough to provide an hour of talk time to soldiers abroad.   “Americans will replace an estimated 130 million cell phones this year,” says Mike Newman, vice president of ReCellular, “with the majority of phones either discarded or stuffed in ... 03/31/2009
Comments 2

By Connie Belmont
(Rampart Homes, Inc)
I am very plesed to let others know that I recently met a fellow Realtor in the Sarasota Bradenton real estate market who has developed a reputation for excellence in personal service in many areas,  but most especially in golf course communty homes and condos. Brian Ward's own website is at http://www.sarasothomefinderservice.com/ . He also runs a Sarasota and Bradenton real estate blog at http://sarasota-mnatee-county-realestate.blogspot.com/ where he frequently covers topics dealing with "green" home building and remodeling.  For example, a recent article he postd listed several sources of information on green building and remodeling that can be accessed on the Internet. Brian bcame one of the first to complete the training to become qualified as a Realtor capable of dealing with the... 03/26/2009
Comments 0 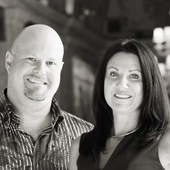 By Joe and Molly Murphy, Put our Team to work for your Family
(Coldwell Banker)
Today's news about the big upswing in the stock market, and the 20 percent increase in sales confirms what i have seen in the last month.  Sales locally have been brisk, and the traffic to my listings has really picked up.  This is of course "peak season", so I hope that this trend will continue to pick up.  This combined with the decreased listing inventory should cause home values to start to level out.  Really what is needed is more mortgage reform with higher loan amounts.  The market above 400 is really slow.  Most of the activity is in the "entry level", 200k and under market. I think that the key to a market recovery will come with the inflation that will be coming sooner than later.  Not that I am am fan of inflation.  But I think it is coming..  Everything will get more expensi... 03/23/2009
Comments 0

Are You Going GREEN This Friday in Sarasota?

By Howard Serena
(Keller Williams Realty of Manatee)
The second annual GREEN REALTORS EXPO is this Friday from 2pm - 7pm at the Chelsea Center in Gulf Gate! 2506 Gulf Gate Drive, Sarasota, FL WILL YOU BE THERE? IT'S FREE FOR YOU AND YOUR CLIENTS! I don't know about you, but I think that buyers and sellers are becoming more Eco-Conscious. Even if you don't hold the NAR Green Designation, the expo this Friday is a great place to network and educate yourself on products and services you can offer. There will be informative presentations on a wide variety of topics every half hour, prizes and drawings, as well as great food and Happy Hour from 5pm - 7pm. Tell your clients about it! Jamie Bullock The Burish & Serena Team www.USA-FloridaHomes.net   03/23/2009
Comments 1

By Joe and Molly Murphy, Put our Team to work for your Family
(Coldwell Banker)
I have heard that no one will know when the real estate market has hit the "bottom", until we are in recovery, and prices start to rise.Based on my experiences this weekend working with three sets of customers.  I think that time is here.My first buyer had made three offers prior to this weekend, all three times we were beat out by higher bids.  Today I was able to share good news that they got the latest home.  They had to bid well over list price to beat the 4 other offers.  They got a great deal, on a limited that was priced below market compared to other homes in the area.  Although they paid well over list, this home was still a much better value than others in the area.My second buyer made an offer on another REO home for 6,000 over list.  We are up against 2 other offers on that ... 03/17/2009
Comments 0 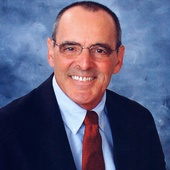 I nvite you to visit my real estate website

By Brian Ward
(Keller Willams Realty)
I nvite you to visit my very comprehensive real estate website at http://www.sarasotahomefinderservice.com/ wher you will find an enormous amount of information on golf course, waterfront and downtown Sarasota living spaces as well as a lt f informatiion helpful to home buyers and sellers. I also invite you to visit my blog at http://sarasota-manatee-county-realestate.blogspot.com/   03/13/2009
Comments 0

This is the Time.. "to be greedy is when others are fearful"

By Joe and Molly Murphy, Put our Team to work for your Family
(Coldwell Banker)
I am inviting you to my "Waterlefe Tour of Homes" for this coming Sunday February 15, 2009 from 1-4pm.  If you have been considering buying a larger home, downsizing, or perhaps buying a home for investment, there has never been a better time to be a buyer for this great community.       Waterlefe is a jewel that offers the rare combination of BOATING and GOLF at one address.  Our neighborhood is not too big, or too small.  There is a great variety of residences from the 200's to the multi-million. Convenient location close to shopping, airports, and a reasonable drive to some of the world's best beaches. A social and diverse population of residences including full time, seasonal, and vacation home owners. Excellent values as home prices have dropped nearly 50% since the peak of the mar... 02/12/2009
Comments 0 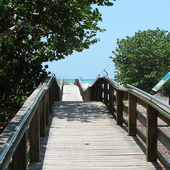 By Linda Reynolds, Bradenton Real Estate
(Bradenton Real Estate - Linda Reynolds)
I just updated my blog post on ReynoldsRealty.com with a new video of Braden Castle in Bradenton Florida. Be sure to go and check it out and let me know what you think of it. If you are looking to find homes in the area be sure to check out www.ManateeHomeSearch.com and get listings emailed right to you without even talking to me so you can get your listings at 3 AM if you wish. 01/25/2009
Comments 0

Village of the Arts in Bradenton Florida

By Linda Reynolds, Bradenton Real Estate
(Bradenton Real Estate - Linda Reynolds)
I just updated my blog post on ReynoldsRealty.com with a new video of Village of the Arts in Bradenton Florida. Be sure to go and check it out and let me know what you think of it. If you are looking to find homes in the area be sure to check out www.ManateeHomeSearch.com and get listings emailed right to you without even talking to me so you can get your listings at 3 AM if you wish. 01/24/2009
Comments 1

By Linda Reynolds, Bradenton Real Estate
(Bradenton Real Estate - Linda Reynolds)
I just updated my blog post on ReynoldsRealty.com with a new video of Bradenton Florida. Be sure to go and check it out and let me know what you think of it. If you are looking to find homes in the area be sure to check out www.ManateeHomeSearch.com and get listings emailed right to you without even talking to me so you can get your listings at 3 AM if you wish. 01/24/2009
Comments 0 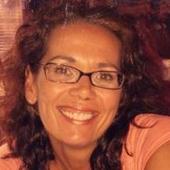 By Tracey Mullen, REALTOR , AHWD,CDPE, GRI
(RE/MAX Alliance Group)
Due to the overwhelming response and accurate information provided in our neighborhood reports we have expanded into beautiful Pine Lakes. If you are thinking about buying or selling in this community we are here to help. Pine Lakes is comprised of approximately 230 single family homes and is located just east of 43rd St West in Bradenton, Florida. Prices range from the low to mid $200,000 range. For additional information you may reach me on my cell phone 941-224-4685. Our reports are updated every sixty days and our next posting will be provided in mid February. 01/21/2009
Comments 0 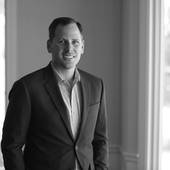 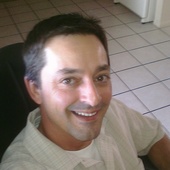 By Tracey Mullen, REALTOR , AHWD,CDPE, GRI
(RE/MAX Alliance Group)
Take Advantage of The Tax CreditThe first-time home buyer tax credits enables buyers who haven't owned a home for at least three years to take a credit against their 2009 tax return if they buy a house as their primary residence, but they have to act soon because the program ends July 1. The credit amount is 10 percent of the home price up to a maximum $7,500. Income limits are $75,000 for individuals and $150,000 for households., though some buyers earning above those limits can get a smaller credit. The credit must be paid back over 15 years, so it acts like a zero-interest loan. email me for additional details 01/04/2009
Comments 0

By Lance Ziegler
(Real Estate Virtual Tours)
The thought that there are still Realtors out there who have yet to implement a real estate virtual tour and the powerful online marketing tools it provides into their arsenal of Real Estate sales tools has a lot to do with:  The misconception of how valuable it is in today's market place What role it plays in the hands of the consumer So how does a real estate virtual tour benefit both the Realtor and the Client in a down economy? What can it do to help alleviate some of the financial stresses that come with a slow and stagnant economy? Read on and find out how to market your properties online without a huge cost in marketing dollars.  Virtual Tours in Today's Marketplace   There are hundreds of real estate virtual tour providers offering many different solutions. Few understand the ma... 12/22/2008
Comments 0
<< Previous 1 2 … 18 19 20 21 22 23 24 25 26 27 28 Next >>
Explore Bradenton, FL
Bradenton, FL Real Estate Professionals