Marilyn Katz Real Estate Agent
Working with buyers and sellers, downsizers and upscalers, relos and renters: Whatever your real estate need, my goal is to make your transaction as smooth as possible.
Cell: (203) 451-1977 • Office: (203) 429-1041 • More Info 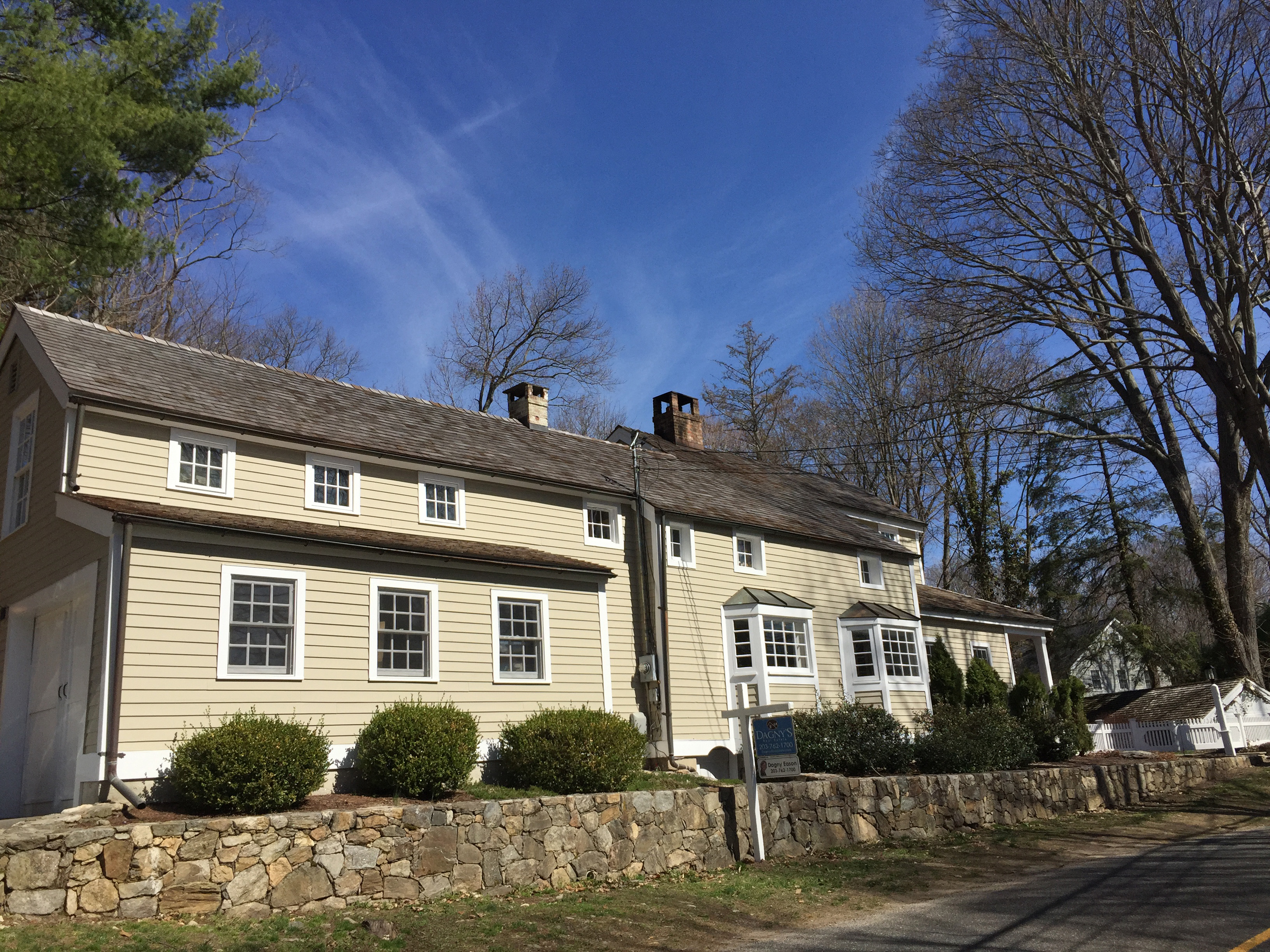 5 To-Dos and Sell Your House While on Winter Vacation

By Dagny Eason, Fairfield County CT, CDPE Homes For Sale and Condo
(Dagny's Real Estate)
Comments 3
GOING ON WINTER VACATION WHILE YOUR HOUSE IS ON THE MARKET?   Two major vacations you will have in a year. Summer vacation and winter vacation.   Your home is on the market and ready to sell – it could be snapped up any day now, but you have a vacation coming up or would like to take a trip out of town. So what do you do? Unlike Summer vacation, you have a couple of more things to think during the Winter vacation. 1. Consult your real estate agent “Communication is at the center of real estate,” Good communication between you and your real estate agent is key. Be upfront and tell your agent that you’re planning a vacation, well in advance. Your agent can tell you your options and help you develop a plan for how to handle any queries or issues in your absence. 2. Develop a plan of action... 11/29/2017

By David Popoff, Realtor®,SRS, Green ~ Fairfield County, Ct
(DMK Real Estate )
Comments 2
2016 Leading Green Building Trends ~ Infographic.Energy efficient eco-friendly residential and commercial construction is becoming the mainstream of building. This infographic shows the trends for what is hot in green building for 2016 put together by Citizens General Insurance. Here are a few of the hot items this year:- Net Positive Energy Homes – Net Zero energy homes where the ticket last year now these homes actually produce more energy than they use with today’s advancements in building products, materials and construction techniques. Cool Roofs – absorb less heat and reflect sunlight away with new advance roofing materials thus keeping the entire building cooler. Steel Framing – Steel can be recycled again and again and a two thousand square foot two story home can be framed from... 02/15/2016

By Dagny Eason, Fairfield County CT, CDPE Homes For Sale and Condo
(Dagny's Real Estate)
Comments 7
Westport, Ridgefield and Wilton Home SalesThe past two weeks have been a time for giving thanks.  We just celebrated my mother-in-law's 100th birthday, we had our whole family together and we had three home closings in short succession.   So much to be thankful for!Take a look at these 3 fabulous homes.  The new owners could not be more excited!  For more fabulous homes for sale in Fairfield County visit our website at www.dagnysrealestate.com.This contemporary home in Westport has fantastic views and is a boaters dream.  One house away from the water.This newer traditional home located on Lounsbury Road in Ridgefield is located on a cul-de-sac.  It boasts a new kitchen and a wonderful open floor plan.In Wilton, this spectaular 4 bedroom Colonial home on Glen Ridge will soon be filled w... 11/30/2015

By Dagny Eason, Fairfield County CT, CDPE Homes For Sale and Condo
(Dagny's Real Estate)
Comments 1
What Is My Home Worth? Westport, CT 06880 June 2015 LIVING IN WESTPORT, CONNECTICUTWestport, located in Fairfield County, Connecticut resides on the shore of Long Island Sound. Known for its beaches, you will also find numerous upscale restaurants and shops along with live theater. Westport is home to 26,500 people with a median income of $165,000. 51% are long term residents and the median age is 45.  This graph above shows the number of homes sold in Westport each month for the past 3 years with the yellow bars representing the current year. Westport home sales are down this past May in comparison with the previous two years. Due to the severity of this past winter, home sales have dropped these past 2 months based on the sales occurring during February and March where Westport accumu... 06/26/2015

Take a Lesson from Ben Franklin

By Matt Listro, Your Credit Repair Expert
(National Credit Fixers - Matt Listro)
Comments 2
Wisdom From Ben Franklin….   Times are harder now then they were in Ben's day.  I think there are clear reasons for this which we can discuss at any time.  That being said, I believe certain truths still hold and that life can still be well lived if we choose wisely and choose to live it well.  I was forwarded this last week from one of my referral partners, I hope you find it as inspiring as I did.   Benjamin Franklin was clearly a man who knew how to get things done.Here are 14 action-inducing lessons from him:        Less Talk, More Action  “Well done is better than well said.” Talk is cheap. Talking about a project won't get it completed. We all know people who constantly talk about the things they are going to do but rarely ever take that first step. Eventually people begin to q... 03/16/2015

By Dagny Eason, Fairfield County CT, CDPE Homes For Sale and Condo
(Dagny's Real Estate)
Comments 0
Westport, CT 06880 is a very busy and energized town. There are new cultural events offered every day, many of the elite shops from Manhattan are here, the sports and arts programs for the children of Westport are tops in the state, as is the public education. You will not find an easier town to commute from that still has that country feel of Connecticut. By train it takes a touch over an hour to reach Grand Central Station in Manhattan. Right Now in Westport There are 255 Active listings in Westport. The lowest priced home is a townhouse listed at $349,000 while the highest is a $25,000,000 Cottage. In November 27 homes were sold at an average price of $1,629,573. Nine homes sold for over $1,000,000. The number of homes sold has been lower throughout the year with the exception of Oc... 12/19/2014

By Marilyn Katz, ABR, e-PRO - WestportCTProperties.com
(Berkshire Hathaway HomeServices New England Properties)
Comments 0
Westport, CT: Single-Family Home Sales          As 2014 draws to a close, we are set to post the finishing numbers on what has turned out to be a disappointing year for the Westport real estate market. The year got off to a shaky start, as winter storms pummeled Westport, during January and February. By March and April, the market appeared to be getting back on track, as monthly number of homes sold approached 2013 levels. The optimism was short lived and the expected late spring market surge never materialized. At the end of the first two quarters, unit sales were down 19% vs. 2013.     Through the summer, sales continued to fall behind corresponding monthly totals, a year ago. October and November were the only months posting gains over 2013. As of December 11, there were 365 single-f... 12/11/2014

Saugatuck River In Westport, CT Is So Peaceful

By Dagny Eason, Fairfield County CT, CDPE Homes For Sale and Condo
(Dagny's Real Estate)
Comments 13
The Saugatuck River looks so peaceful usually when I drive down either Saugatuck Avenue or Imperial Drive on the other side of  the river.     There are several little parks next to the road where you can walk your dog, or just sit and enjoy the view.    Such a peaceful spot - lots of us get out to enjoy!   12/10/2014

Stand Up For Homes With Hope

By Dagny Eason, Fairfield County CT, CDPE Homes For Sale and Condo
(Dagny's Real Estate)
Comments 1
Stand Up For Homes With Hope in Westport, CT 06880 I tagged along to a wonderful fundraiser last night for Homes For Hope in Westport at the Westport Playhouse.    What an incredible event for an amazing cause.   Homes for Hope was founded in 1983 as the Interfaith Housing Association for Westport and Weston.   It was a multi- denominational response to a growing need by a caring group to the growing level of homelessness in the local area.   Over the years, Homes for Hope has shown that the community is not one of blind privilege.   So many good neighbors have given so much of their time and effort into this wonderful cause of helping those in need.   To learn more, visit www.hwhct.org.   Last night there was a wonderful cocktail party with fabulous hors d'oeuvres, a tremendously talen... 11/09/2014

By Dagny Eason, Fairfield County CT, CDPE Homes For Sale and Condo
(Dagny's Real Estate)
Comments 12
Saugatuck Shores in Westport, CT 06880 Saugatuck Shores is a beautiful penninsula that crops out into the Long Island Sound, with great boat slips, and views everywhere!   The homes are all gorgeous, and the neighborhood is very intimate.   Everyone knows everyone, as the homes are all pretty close.   This photo was taken from the marsh side - but right on the other side of those homes, is the Long Island Sound with all of the water views.   Yes, there is a canal which separates the mainland from the actual Saugatuck area.                 Saugatuck Shores in Westport, CT 06880 10/02/2014

By Dagny Eason, Fairfield County CT, CDPE Homes For Sale and Condo
(Dagny's Real Estate)
Comments 2
The Saugatuck is at 35 Bridge Street, Westport, Connecticut 06880 Located in vibrant Westport, The Saugatuck offers some of the best and most affordable housing in the area. With 36 units ranging from 682 to 874 SF, The Saugatuck is the perfect place for anyone who is 62+ and looking for a great location in this incredible town. 35 Units at The Saugatuck come in one and two bedroom sizes, each with a full bathroom. The master bedroom has wall-to-wall carpeting as well as a large walk-in closet. There are tall, 9ft ceilings as well as big windows, perfect for letting in sunlight and air. The kitchens come with all appliances, which are up-to-date and complement the cabinets. The dining rooms and living rooms have expansive ceilings as well as large windows that give the entire unit an o... 09/14/2014
<< Previous 1 2 3 4 5 6 7 8 9 … 12 13 Next >>