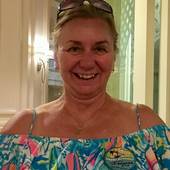 By Frances C. Rokicki, Broker-Mentor,CRS
(Fran Rokicki Realty, LLC)
In Connecticut, we have been blessed with another beautiful morning!  Sky is clear and blue.  I know it won't last, rain is on its way.  I will try to get out and deliver some of my popbys early in the day.  It's the perfect scenario.  Just popping by to say hello and then, to leave my small gift of appreciation for you. If you are not at home, I will leave your small popby gift, with a note from me and I will call you later.  This will work out well for my stats with my Coach, Dave McGhee.  Pretty funny, because when I do this exercise, of popping by, I usually end up talking with my clients neighbors.  Often, they are out in the yard talking to their neighbors when I drive up.  Last week, two more families joined my Perk Club, and will now receive my CAP item monthly.  It still amazes... 05/18/2008
Comments 4

Do You Have Permission?

By Frances C. Rokicki, Broker-Mentor,CRS
(Fran Rokicki Realty, LLC)
I have seen this now, twice in the last few weeks.  Honestly, it has never come up before, in my 22 years as a Realtor.  The bank that my client went to for his loan just before Christmas, had not called him or me about his pre-approval.  I thought this was odd, so, I called.  The mortgage officer was away, so, I would assume someone would call on her behalf, to give us an update on the file.  I called and called.  Left many messages.  Finally, I call and get directed to the processor.  She said she was unable to give me any information because I was not listed as an allowable contact on the file.  Hmm!  This was news to me, I gave them the client.  Next client, same thing, but, much easier.  Client asked me to call the processor for him so that they would have an idea of taxes that mig... 01/09/2008
Comments 8

By Jon Sigler, South Windsor Homes for Sale 860-306-8029
(Coldwell Banker Realty)
South Windsor is located to the northeast of Hartford, Connecticut and is in Hartford county. Boarded to the south by East Hartford and Manchester, the west by the Connecticut River, the north by East Windsor, and the east by Ellington and Vernon.  It is 28.7 square miles in size.The town has great rural history and charactor, as well as quickly expanding residential and commercial development.   The pupoulation has more than tripled from 1950 until 2000 when the 2000 census said there were 24,412 people living in South Windsor.  The Buckland Evergreen Walk area provides amazing array of shops, restaurants, and activities.  Easy highway access for commuters and travelers with Interstate 84 and 291 right in town, as well as quick access to Interstate 91 via 291. I enjoy living in town fo... 08/22/2007
Comments 0
<< Previous 1 2 3 4 5 6 7 8 9 10 11 12 Next >>
Explore South Windsor, CT
South Windsor, CT Real Estate Professionals