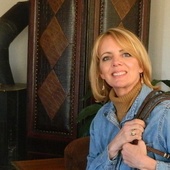 By Sondra Meyer:, See It. Experience It. Live It.
(EXP Realty, LLC)
Palmer Lake, Co, is a quaint little town located to the north of Colorado Springs at the northern edge of El Paso County.  Palmer Lake is an easy commute to both Colorado Springs and Denver.   There is usually a decent selection of homes for sale to include a horse properties.      The homes in Palmer Lake allow you to truly feel like you are living the Colorado experience.     In Palmer Lake, you have mountains and rock formations.  You have lots of trees and lots of views.  Deer walk down the street going from yard to yard.  While living in Palmer Lake, I saw my first fox.  I also saw my first chipmunks.    The area has trails that are popular with cyclists, long distance runners, and horse back riders.  Motorcycle riders also enjoy the scenic drive though Palmer Lake.       There are... 09/28/2011
Comments 8 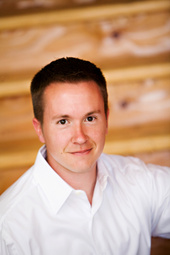 By Jamie Mades
(Keller Williams - Clients' Choice)
Here’s the Palmer Lake Real Estate Market Update for January 2010. This includes all the areas in Palmer Lake. Want more details? Subscribe to my Real-Time Market Report by completing the form below. It’s all about what’s going on right now and it’s free! (Download Sample Report) Basic stats for Palmer Lake real estate are: Frames not supported This is the history of Median Prices for Palmer Lake (select a data point on the graph to get more information.) Are you a Colorado Springs real estate junkie? Sign up below to my Real-Time Market Report for each area in Colorado Springs. You can also sign up to receive very detailed real-time market reports in your email. Just register below and let me know which neighborhoods you are interested in. Download a sample report. 02/01/2010
Comments 0 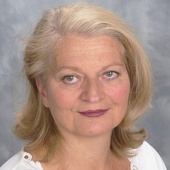 Palmer Lake Real Estate -- live in the Foothills of the Rockies

By Kathy Torline, Colorado Springs Real Estate Blog 719-287-1049
(ERA Herman Group Real Estate)
Palmer Lake -- Live in the Foothills of the Rockies Palmer Lake is located on the northern edge of El Paso County, situated at the high point between Denver and Colorado Springs known as the Palmer Divide (7,200 feet).    The Divide is a geological ridge running from Palmer Lake eastward.  It's its own weather patterns and separates the Arkansas River drainage to the South & the Platte River Drainage to the North.    It is often considered part of the Tri-Lakes area, named for its three lakes in Woodmoor, Monument and Palmer.  The town is nestled around Palmer Lake which was originally named Summit Lake, then Divide Lake and finally Palmer Lake. There is a walking trail along the shoreline of Palmer Lake and the beginning of the Santa Fe Regional Trail, maintained by El Paso County, sta... 06/23/2008
Comments 0 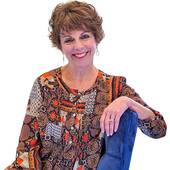 By Jennifer Boylan
(Springs Homes Inc.)
Palmer Lake residents are receiving fliers and e-mails informing them that watering restrictions are in place. This time around, the restrictions are not due to draught but lack on infrastructure. It seems the water treatment plant isn't able to keep up with higher summer demand. The restrictions, which took effect at midnight Friday, prohibit Palmer Lake residents from watering their lawns with sprinklers, filling pools and operating most ornamental fountains, according to a town e-mail. In addition, Palmer Lake restaurants can't serve customers water unless they request it, the guidelines specify.Here is a list of restrictions: Prohibited: Watering landscaped areas with hose-end sprinklers or automatic irrigation systems. Allowed: Watering using a hand-held hose, a bucket filled from ... 07/03/2007
Comments 1
Explore Palmer Lake, CO
Palmer Lake, CO Real Estate Professionals