Investor Series: Things to keep in mind when seeing a foreclosed home

By Holly Vaccaro
(Your Castle Real Estate)
As investors we face a number of very real and very scary challenges. Making sense of this market is no mean feat and one has to be very careful with his or her investment. However, we usually think about danger as financial. Unfortunately, on rare occasion it can be even worse than that. The majority of the homes investors are buying these days are vacant and once in a while people break in and live in these properties illegally.  The last thing you want to do is walk in on someone camped out in a house, perhaps conducting illegal an activity.      This is no joke, you want to be HEARD when you walk into a property that is supposed to vacant. So make a lot of noise when you're at the front door. I always knock loudly before entering.  Stomp your feet a little. Yell "Hello!" a couple of... 12/06/2008
Comments 1

By Holly Vaccaro
(Your Castle Real Estate)
There are some signs of strengthening in our Denver market.  The metro area's inventory of available resale housing decreased 20% to 23,120 units in October from October 2007.  Some of this reduced inventory is attributed to homeowners taking their properties off the market in frustration because their property is not selling, but lower inventory implies a strengthening market.  Remember, the Denver area had housing inventory of 31,989 units in July 2006. Home sales rose 14% to 4,265 in September compared to the same month last year.  This is due almost entirely to the lower-end of the market (under $180K) selling like hotcakes. October's median selling price for single-family homes decreased 12% to $206,000 from the same month of '07, and was down 4.7% from September's median of $216,1... 12/06/2008
Comments 1 By Beth Skinner, World class service - with a personal touch!
(Skinner Realty, Inc.)
If you're thinking about selling vacuum cleaners (or anything else!) door to door in Northglenn this summer you'll have to obtain a permit to do so. You'll need to get a Peddlers and Solicitor's License from the city to the tune of $100(!!!) Nice little piece of revenue for the City and good way to discourage the folks who come and ring your doorbell and drive your dog nutso but $100???? Eeegads. (photo courtesy of freephotosbank.com) 05/05/2007
Comments 0

Follow the Garage Sale rules in Northglenn (or else!)

By Beth Skinner, World class service - with a personal touch!
(Skinner Realty, Inc.)
If you're planning to hold a garage sale at your home in Northglenn this summer the city urges you to follow the rules:1. No more than 2 sales in any calendar year. (Apparently if you have that much junk you're better off taking it to the Adams County Free Landfill Day - 88th & Tower Rd - on May 12.)2. Your garage sale can't last more than 3 consecutive days. (Again, see the free landfill day.)3. Signs may NOT be bigger than 4 square feet, can't be placed out more than 1 day before the event and must be picked up the next day, no more than 4 free standing signs may be put out, and signs may not be posted on publicly owned property (pinch off your neighbor's property instead.)So there you go. Who knew there were so many requirements to having a garage sale?Happy Garage Sale-ing and behav... 05/01/2007
Comments 0 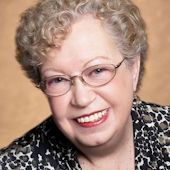 What's Going On in Denver's Suburbs?

By Judith Clausen, Judith R. Clausen
(Buyers Advantage Real Estate of Metro Denver)
If you want to know what's going on in Denver's first-tier suburbs, Westword, the Denver metro area's alternative newspaper, has an in-depth article by Jared Jacang Maher about Northglenn's past and future. Northglenn can easily be seen as a stand-in for Lakewood, Arvada, Wheat Ridge, the northern part of Aurora, the older part of Highlands Ranch, Applewood, parts of Thornton and Commerce City.   These once booming suburbs are beginning a period of decline, where the original owners, now older, are experiencing a rise in foreclosure and rental housing, and a general deterioration in the appearance of the neighborhood.    Bill Sullivan, Director of the Northglenn Neighborhood Development Corporation established by the Northglenn City Council in 2004, has been making heroic efforts to tur... 12/13/2006
Comments 2
<< Previous 1 2 3 Next >>
Explore Northglenn, CO
Northglenn, CO Real Estate Professionals