By Dave and Patricia Zumbrun
(The "Z" Team 4 RE, Inc.)
2014 Ventura County Fair Do you remember what it was like going to the fair when you were a kid?  Chowing down on cotton candy.  Spending all your money trying to toss a ring so that it hooked a bottle just right in order to win a silly prize.  Riding the carnival rides until your tummy ached.  It's time to relive those fun days because the 2014 Ventura County Fair is here! What: 2014 Ventura County FairWhere: Ventura County Fairgrounds (10 W Harbor Blvd)When: Now through August 10, 2014 11am to 10pm weekdays, 10am to 10pm Sat & SunCost: Adults $12, Children/Seniors $9Contact: Seaside Park (805) 648-3376 The 2014 Ventura County Fair actually started yesterday.  But there is still PLENTY of time to enjoy a good time with your entire family.  Visit the dozens upon dozens of arts and craft... 07/31/2014
Comments 0 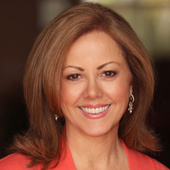 By Cheryl Clayton, Conejo Valley and Simi Valley Realtor
(Westlake Village home buyers and sellers Thousand Oaks homes)
You know for sure it’s summer when the Ventura County Fair is here! Starting today, July 30th up to and including August 10th, at the Ventura County Fairgrounds, 10 W. Harbor Boulevard (map), there are many fun and interesting activities and entertainment events scheduled.   Attractions include carnival rides and games, arts and crafts, exhibits and displays, farm animals and a petting zoo, many demonstrations, food vendors and outstanding live entertainment (concerts and rodeos – FREE with the cost of admission into the Fair).   This year’s scheduled entertainment features:   Weds., July 30th at 6:00pm – Motorsports   Thurs., July 31st at 7:00pm – The Beach Boys   Fri., August 1st at 7:30pm – Little Big Town   Sat., August 2nd at 7:30pm – The Spinners   Sun., August 3rd at 3:00pm... 07/30/2014
Comments 0

By Dave and Patricia Zumbrun
(The "Z" Team 4 RE, Inc.)
Ventura Dirty Car Challenge 2014 As you have most likely heard, California is in dire straits with their water situation.  Ventura residents are being asked to conserve as much water as possible, wherever possible.  That's why the city has issued the Ventura Dirty Car Challenge 2014. For the month of July, Ventura residents are asked to stop washing their cars, especially those people that wash their cars at home.  A typical Ventura home car wash will use up 80-150 gallons in just one wash.  When you go to a commercial car wash like Market St or Five Points, their machines only use around 45 gallons per car wash.  And, many commercial washes recycle their water, further lessening the amount of water resources utilized per vehicle. Ventura Water is holding a free car wash giveaway.  All ... 07/17/2014
Comments 1 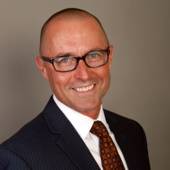 Ventura Harbor is Hopping on Easter 2014

By Dave and Patricia Zumbrun
(The "Z" Team 4 RE, Inc.)
Local Ventura Farmers Markets Farmers markets have become all the rage over the last several years, even though they have been around for decades.  In most places across the country, these local bastions of healthy food are only open for a few months a year, offering "seasonal" fruits and veggies.  Luckily for us here in Southern California, it's always market season.  Ventura residents have a variety of local Ventura farmers markets to choose from each week as well. What: Downtown Ventura Farmer's MarketWhere: Corner of Santa Clara & PalmWhen: Saturdays 8:30am to 12pmAdmission: FREEContact: (805) 529-6266 In operation since 1986, the Downtown Ventura Farmer's Market is the oldest of its kind in Ventura County.  More than 45 local farmers and food vendors come to hawk their wares each w... 03/20/2014
Comments 0

By Dave and Patricia Zumbrun
(The "Z" Team 4 RE, Inc.)
Ventura Food Truck Fridays Food, glorious food!  Once a month, Midtown Ventura attracts dozens of the best mobile diners in the Southern California area for Ventura Food Truck Fridays.  This Friday, February 21, 2014 is your chance to celebrate this awesome foodie feast for the month. What: Ventura Food Truck FridaysWhere: Pacific View Mall (Main St & Mills), VenturaWhen: 3rd Friday of every month, 6pm to 10pm Some of the mobile restaurants that will be featured at this month's Ventura Food Truck Fridays include: Cousins Main Lobster, Gen's Baked Goods, the ever-popular Grilled Cheese Truck, It's in the Sauce, Belly Bombz, the Greasy Weiner, Perk-U-Later, Kona Ice and Sweet Arleen's.  Instead of sitting in one restaurant or picking from a boring buffet that's been setting out for who kn... 02/20/2014
Comments 1

By Dave and Patricia Zumbrun
(The "Z" Team 4 RE, Inc.)
Ventura Requests Voluntary Water Use Reduction As you may know, Governor Brown recently proclaimed a water shortage emergency throughout the state of California.  Water fed to Ventura residents through Ventura Water is provided by three main sources: the Ventura River, Lake Casitas and groundwater.  Water levels in the river have remained extremely low due to the lower than normal precipitation in the area.  Lake Casitas is currently at 60% capacity, with the allocation of water to be implemented if it reaches 50%.  In response, Ventura requests voluntary water use reduction by at least 10% from all its residents as soon as possible. In the Kitchen Now would be a great time to consider upgrading your appliances to newer, more energy-efficient models in your Ventura home.  An EnergyStar ... 01/30/2014
Comments 0

By Dave and Patricia Zumbrun
(The "Z" Team 4 RE, Inc.)
Ventura Spark of Love Toy Drive 2013 We may not get snow here in Ventura County, but that doesn't make Christmas any less magical.   There's nothing as precious as watching a child's face light up with joy as they unwrap their presents.  Unfortunately, not all children are able to feel the joy due to the financial constraints their families find themselves in.  You can help make a child's Christmas special by donating to the Ventura Spark of Love Toy Drive 2013.  There's still time left to participate! What: Ventura Spark of Love Toy Drive 2013Where: All Ventura County Fire Stations, Police/Fire Headquarters or Ventura City HallWhen: Now through December 24, 2013Contact: (805) 339-4319 The Ventura City Fire Department is working in conjunction with the police stations, other fire statio... 12/19/2013
Comments 1

By Dave and Patricia Zumbrun
(The "Z" Team 4 RE, Inc.)
Ventura Shop Small Saturday 2013 I hope everyone enjoys their time spent with loved ones in Ventura this year.  Since Thanksgiving has come late this year, there will only be 26 shopping days left until Christmas.  That means it, too, will be here before you know it.  If you haven't purchased every gift on your Christmas "to do" list this year, can we make a suggestion?  Instead of going to large malls or chain stores, try Ventura Shop Small Saturday 2013 this Saturday, November 30th. What is Shop Small Saturday? A great example of Ventura Shop Small Saturday 2013 is the local farmers markets.  Not only are they a great place for the freshest produce, meat, cheese and baked goods, but they also offer unique, one-of-a-kind articles that would make fantastic gifts for the holidays.  You d... 11/27/2013
Comments 0
<< Previous 1 2 … 7 8 9 10 11 12 13 14 15 … 30 31 Next >>
Explore Ventura, CA
Ventura, CA Real Estate Professionals