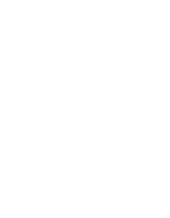 By
Studio City is an area of Los Angeles bound by Ethel Avenue to the West, the 101 freeway to the north and east, and Mullholland Drive to the south.Studio City only encompasses an area of 4-square miles, but actually has many distint neighborhood areas. The most popular areas are Colfax Meadows, Fryman Estates, The Donas, The Grove, and The Triangle.The origins of Studio City date back from the 1920's, when the Mack Sennett Studios was built. The Studios were home to The Keystone Cops. The studios then became Republic Pictures Studio and is now home to the CBS Radford Studios. According to the 2000 San Fernando Valley Almanac, Studio City's population is 25,842 inhabitants, and 13,086 households. Schools in the area are Carpenter Avenue Elementary School, Walter Reed Middle School, and N... 02/25/2007
Comments 0
<< Previous 1 2 3 4 5 6 7 8 9 Next >>
Explore Studio City, CA
Studio City, CA Real Estate Professionals