By Laura Cerrano, Certified Feng Shui Expert, Speaker & Researcher
(Feng Shui Manhattan Long Island)
I hope you all had a fun and safe Halloween celebration! This was my first time celebrating Halloween in California and it was a great treat. Like New York City, Los Angeles closes off a few blocks on Santa Monica Blvd for various which becomes home to various musical stages, food trucks and a platform for people to showcase their unique costumes. This is called "Halloween Carnaval." It's free to attend and word to the wise,... if you plan on attending, arrive early because parking will require great patience in finding a none full lot or free spot. We drove away from the carnaval to find an open spot, so also be sure to have comfortable footwear, if you wish.   Feel free to post your Halloween costume.Can you guess who I was?  11/01/2015
Comments 5

By Endre Barath, Jr., Realtor - Los Angeles Home Sales 310.486.1002
(Berkshire Hathaway HomeServices)
Shift Happens: a video remix 2014, I just receive it and had to share..... Since I am visible all over the net I get all sorts of emails, questions and information. When I received this email with  a very interesting video. It was clear to me that it had to be shared with my circle of friends, associates and those who read my blog posts on and off or on a regular basis. Fascinating Facts This video is  a little more than four minutes but worth every second. So please make the time and watch it. Do not blink or you will miss some valuable information. If this does not make you pause and say aren't you glad you graduated from school when you did, then I am not sure what will.....I was so amazed and had to pause and watch it again....Google Building in Santa Monica, CA aka the Binocular Bu... 10/12/2015
Comments 20

Speechless Sundays: Check out the Origamy

By Endre Barath, Jr., Realtor - Los Angeles Home Sales 310.486.1002
(Berkshire Hathaway HomeServices)
Speechless Sundays: Check out the Origami   If you are considering buying or selling a home, a luxury home, luxury investment real estate, luxury vacation homes, or luxury beach properties in Southern California, Los Angeles, Century City, Westwood, West Hollywood, Beverly Hills, Marina Del Rey, Venice or Malibu, feel free to contact me at me at 310.486.1002 (m) or homes@endrebarath.com or visit one of my websites at http://www.endrebarath.com.  I am a pet friendly realtor and I contribute a portion of my commission to local animal rescue organizations. 10/04/2015
Comments 59

By Endre Barath, Jr., Realtor - Los Angeles Home Sales 310.486.1002
(Berkshire Hathaway HomeServices)
Black Mass: a Book Review & then some…..As most of you know before relocating to Los Angeles we lived in Boston, MA. Keep in mind Relocation from Boston to LA is quite a change. The Boston community is a very tight knit place, unlike any other place I ever lived. While LA can be very aloof after all we step over or do not notice thousands of homeless people as an example.I fell in love with the city of Boston, the Back Bay, the South End, Beacon Hill and the Waterfront. These were probably the more upscale areas of the city. I also lived in Alston/Brighton as well as the suburbs of Boston such as Woburn and Wilmington, MA.Having been in Contract Security Management and in Real Estate Sales I got to see different parts of the suburbs of Boston as well as the city and what the communities... 09/12/2015
Comments 10

By Jane Peters, Los Angeles real estate concierge services
(Home Jane Realty)
Follow the Santa Monica real estate market trend over the past three years. Information is updated on a regular basis. The line graphs below show sold homes, both condos and single family.The figures in the right-hand column reflect the percentage change over the same  month in the previous year.Number Sold Sold - Median PriceSold - Median Price by square footageMonths supply of inventory denotes the number of months it will take to sell the existing homes on the market:  1-4 months = sellers' market; 5-7 months = balanced market; over 7 months = buyers' market.Months Supply of InventoryMonths Supply of Inventory by Price Range Homes For Sale in Santa Monica  Need more statistics? Fill out the CONTACT FORM or call Jane at 310-473-6919 08/29/2015
Comments 2

A Day off Work in Santa Monica CA

By Jeff Dowler, CRS, The Southern California Relocation Dude
(eXp Realty of California, Inc.)
A Day off Work in Santa Monica CA One of the things I like about being in Carlsbad is the close proximity to things we enjoy doing, like visiting Los Angeles (dining, the grandkids, art). We took some rare time off and went to Santa Monica last Friday, returning Sunday afternoon (for a client walk-through!).  We stayed a few blocks from the beach and Saturday morning took off for our habitual walk, this time to the Santa Monica beach down Pico Boulevard past Cha Cha Chicken. There was nothing on the agenda other than taking the whole afternoon to visit with our grandkids, daughter and son-in-law. It was so rare to not have a full schedule planned out, with the time to do whatever we wanted...and not feeling obligated to be on the phone, on email, or doing chores and errands around the h... 08/01/2015
Comments 18

A Bottle of Wine or Windows for the House?

By Jeff Dowler, CRS, The Southern California Relocation Dude
(eXp Realty of California, Inc.)
A Bottle of Wine or Windows for the House? We were in Santa Monica over the weekend to try and take some time off, treat ourselves, and visit the grandkids. Dinner Friday night was at a long-standing and highly recommended Italian restaurant, Valentino, in Santa Monica.  Dinner was wonderful – excellent food, terrific attentive service, and probably the most amazing wine list I’ve ever encountered. Valentino is known for their wine list, and has been recognized by the Wine Spectator for years as a result. Indeed, there are around 1200 different wines from Italy (naturally!), France, the US and other countries, and reportedly about 100,000 bottles. THAT would be fun to see. My wife and I were perusing the wine list, and a few jaw-dropping prices. While I didn’t count, there were multiple... 07/27/2015
Comments 32

By Endre Barath, Jr., Realtor - Los Angeles Home Sales 310.486.1002
(Berkshire Hathaway HomeServices)
The Greater Los Angeles-Santa Barbara Meetup Number Two!As most of you who keep up with the events on Active Rain know, that it is “Meetup Season” again. (We barely had time to forget the last one we just attended and here is another one already.) The last time, Alexandra & Ron Seigel wanted to meet Michael Jacobs and me, since it was Meetup Season it was a good excuse to combine the activity. The only way she managed to get both of us together was, by making us part of the “Hosting Personnel”.  Just on a side note, keep in mind, our meetups have been Paparazzi Proofed. All attendees signed a Non-Disclosure and No Photo Opportunity agreement the last time. Ron and Alexandra Seigel  chose the last location based on input from  Michael Jacobs  and yours truly. It was a well hidden place i... 05/01/2015
Comments 39

By Jane Peters, Los Angeles real estate concierge services
(Home Jane Realty)
The news is that home sales are picking up for the Spring season, and median prices are continuing to rise.Is the Santa Monica real estate market following suit?  Let’s see Sales are down quite significantly over the previous Quarter and with the exception of single family homes in the 90405 zip code the median price has either dropped or is up moderately. Santa Monica remains a sellers’ market with very low inventory. Homes for sale in Santa Monica         04/25/2015
Comments 4 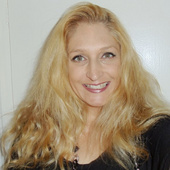 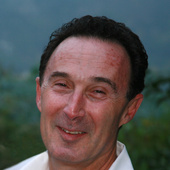 By Robert Schmalz, Cal. Lic Broker
(West Los Angeles Real Estate Group)
There are many steps in the home buying process. It’s easy to miss something that can add significantly to the cost of your home. I’m an expert and can help you simplify this process and get the most home for your money. Here’s how: I can give you a complete picture of the costs so you know how much home you can afford. I can help you rule out neighborhoods that don’t fit your needs and find new neighborhoods that do. I can make sure you have the latest alerts on homes that meet your criteria so other buyers don’t beat you to the punch. I can keep you informed about what’s happening in the local market. I can give you in-depth details on each home. I can quickly schedule tours and give you specific information on the advantages and drawbacks of each property I can also help you craft of... 01/06/2015
Comments 2

By Robert Schmalz, Cal. Lic Broker
(West Los Angeles Real Estate Group)
SANTA MONICA SINGLE FAMILY HOMES MULTI FAMILY CONDOS INCOME PROPERTIES PRICES REDUCED For many the single greatest reason to live in Santa Monica is to enjoy the ultimate Southern California beach.Santa Monica has 3.5 miles of well-maintained California beach locations and enjoys on average 340 days of sunshine a year plus a nearly constant gentle ocean breeze. Cycling, movie shoots, beach volleyball games, and the finest of people-watching all happen here, and it's no wonder. People love to gather at this California beach, partially because it is so pristine.Here is the current list of all homes in Santa Monica where the prices have been reduced. Of course I always looked at reduced prices as a sign they will take less. Looking for a home on the west side give me a call 310.505.5571. T... 12/01/2014
Comments 0 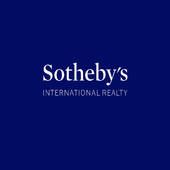 SANTA MONICA IS THE SMARTEST SUBURB!!?!

By Jodi Summers, Our reputation assures your satisfaction.
(Sotheby's International Realty)
by Jodi Summers   The residents of Santa Monica tend to think they live in their own little self-contained city, with its own government, business economy, water supply and elitest real estate process.   Those on the outside of the “Republic of Santa Monica” see this city by the sea – with a daytime population of 250,000 and a nighttime population of 90,000 residents as a suburb of Los Angeles. The website Movoto.com has, rather curiously, named Santa Monica one of the 10 smartest suburbs in America. Check out the top 10 list and we’ll dialogue further…   1. Santa Monica, CA   2. Evanston, IL   3. Berkeley, CA   4. Cambridge, MA   5. Towson, MD   6. Cupertino, CA   7. Scottsdale, AZ   8. Newton, MA   9. Seal Beach, CA   10. Alameda, CA   Movoto defined a suburb as any large population c... 11/06/2014
Comments 0

By Robert Schmalz, Cal. Lic Broker
(West Los Angeles Real Estate Group)
BUILT IN 2014 THESE ARE THE NEWEST CONDOS ON THE BEACH IN SANTA MONICA. REDUCED BY ALMOST WHAT ANOTHER CONDO WOULD COST, BUT NOT IN SANTA MONICA Those of you that are looking for property in Santa Monica understand that you are buying a lifestyle that is probably one of the best in the country. I am the owner and Broker of West Los Angeles Group, specializing in Santa Monica Real Estate and of course i am biased, but give me a call and let me show you around, you will understand Built in 2014 , this spacious 1750 sq ft , 2 bedroom +den and 2 bath home ,washer dryer in unit,wrap around terraces , spectacular views of the Ocean and full service Concierge service available and of course much more $3,050,000  You are in one of the best locations in all of Santa Monica; 1 block to beach, two... 10/07/2014
Comments 1
<< Previous 1 2 3 4 5 6 7 8 9 … 41 42 Next >>
Explore Santa Monica, CA
Santa Monica, CA Real Estate Professionals