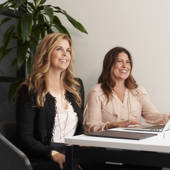 Wordless Wednesday, on a Thursday ;p

Cirque du Soleil's Kooza is on the Beach in Santa Monica

By Jane Peters, Los Angeles real estate concierge services
(Home Jane Realty)
Cirque du Soleil is back in Santa Monica with Kooza, a story about a melancholy loner trying to find his place in the world. Kooza showcases an array of emotions in the original Cirque du Soleil acrobatic and clowning style.The tent is set up on Santa Monica Beach which is a wonderful venue and it runs until December 20th.  Plenty of time to go before the holiday rush gets in the way.Visit the Kooza website for more details.  11/09/2009
Comments 12 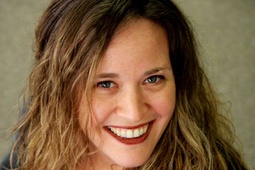 By Dom Naidoo, Malibu to the Marina Real Estate
(Westside Properties)
NEW!  GARDEN SHARING REGISTRY Not able to devote as much time to your garden as you'd like?  Interested in having a vegetable garden but don't have the expertise to grow one?  As a Santa Monica home or property owner, you can list your space with the City's new Garden Sharing Registry.   Once registered, you'll be able to choose from a list of avid gardeners in need of space to grow. Together you and your gardener will structure a sustainable partnership that makes sense to both of you, including schedule, type of gardening project, how the cost of seeds, supplies, etc. will be handled, if and where gardening supplies can be stored on the property, and the length of the commitment.    The home/property owners provide the land and the water and the gardeners do the work.  Together, you ... 10/28/2009
Comments 1

By Jane Peters, Los Angeles real estate concierge services
(Home Jane Realty)
Los Angeles has a dearth of places to walk at night, or for that matter during the day.As I mentioned in my Santa Monica area post, Third Street Promenade is one of the few destination streets.Went there tonight.The temperature was probably in the high 60s and remember this is right next to the ocean, so it was quite pleasant.  I took pictures when we got there at around 5:00 p.m. but it was really pretty when it got dark with all the trees lit up.  I couldn't keep my camera still enough for those photos to come out.There is entertainment up and down the street.  Amazing how much undiscovered talent there is out there.Tonight we discovered a really unique French restaurant - Monsieur Marcel.  It is situated in the middle of the Promenade and the seating is all outside.The food is fabulo... 10/24/2009
Comments 14

By Dom Naidoo, Malibu to the Marina Real Estate
(Westside Properties)
Happy Saturday everyone! I had the opportunity to host an open house at my new listing in Pacific Palisades. The weather was awesome! Warm, clear, sunny and breezy. If the open house wasn't so busy, I'm sure I would have enjoyed relaxing in the front yard...which felt like a park. Today's blog post is part 2 of the Child friendly bathroom renovations. Enjoy! If you missed part 1, click this link to view: Child Friendly bathoom renovations part 1 10/17/2009
Comments 0

By Dom Naidoo, Malibu to the Marina Real Estate
(Westside Properties)
September 9th has passed, and the Pier enjoyed an amazing birthday party. Nevertheless, people keep coming, and the Pier keeps welcoming. The Carousel thrives, Pacific Park thrills, fishermen angle away their days while crowds gather to watch the sun set over Malibu. Old friends - one of them a travelling circus - have since come to share in the joyous Centennial atmosphere. For those who missed it, and those who wish to revisit it, the Santa Monica Pier Centennial Celebration was a tremendous success - a once in a lifetime event that people will talk about for generations. At dawn a multi-denominational service was held, christening the Pier as it embarks on its next 100 years. Press swarmed the Pier throughout the day, asking visitors to share their favorite memories. Later that afte... 10/16/2009
Comments 0

By Jane Peters, Los Angeles real estate concierge services
(Home Jane Realty)
Santa Monica (90401, 90402, 90403, 90404, 90405, 90406, 90407, 90408) is a fully incorporated city on Santa Monica Bay. It  is a popular tourist destination with its variety of restaurants, hotels, beach and, of course, Santa Monica Pier.Santa Monica Pier, was built in 1909 and its ballroom, the La Monica Ballroom, was at one time the largest in the U.S. It was also the location for many well-know movies such as The Sting, Beverly Hills Cop II, Forrest Gump, Ruthless People, to name a few. In the 1960s Santa Monica Civic Auditorium was the venue for the Academy Awards. With its liberal bent and toleration of the homeless, the city is known as The People's Republic of Santa Monica.Ocean Park an area around the beach on the south side of the city, with a mixture of single family homes, hi... 10/02/2009
Comments 5

By Dom Naidoo, Malibu to the Marina Real Estate
(Westside Properties)
Rebates Taking control of your expenses is not always that difficult, especially if you receive a little assistance. It should be obvious that the first step is to follow the money. This often leads you to your electricity, water or gas bill. The good news is that modern appliances and fixtures offer relief, and rebates are often available to ease any financial barriers to doing what is right for you and the community. Santa Monica and other regional agencies offer a variety of rebates for businesses and consumers. Make the change and you will be telling your friends about the benefits of going green. Water Rebates & Grants Rain Harvest Rebates Energy Rebates 09/16/2009
Comments 0

By Dom Naidoo, Malibu to the Marina Real Estate
(Westside Properties)
On August 12, 2009, City Manager P. Lamont Ewell announced his retirement.  The City Council is seeking qualified candidates in is conducting a nationwide search for our next City Manager. Click here to view the recruitment brochure Resumes due by October 16, 2009. If you are interested in this great opportunity, please apply online at www.allianceresourceconsulting.com or e-mail your resume to themillsgroup@mac.com by Friday, October 16, 2009. For a brochure or additional information, please call Lisa Mills at (714) 585-2811 or Eric Middleton at (562) 901-0769.      To preview the finest real estate and the best deals on the Westside of Los Angeles including Pacific Palisades, Santa Monica, Malibu, Brentwood, Bel Air, Beverly Hills, West L.A., Marina Del Rey & Mar Vista please visit ou... 09/13/2009
Comments 0

City of Santa Monica California Home Sales Statistics For May 2009

By Dom Naidoo, Malibu to the Marina Real Estate
(Westside Properties)
Santa Monica Pier Centennial Day September 9, 2009 7 a.m. MORNING BLESSING Location - West End of the Pier   A multi-faith blessing of the Pier led by west side religious leaders.   6:00 p.m. - 6:25 p.m. GRAND RE-OPENING CEREMONY   We re-dedicate the Santa Monica Pier for the next Century in this opening event at the Landmarked Iconic Pier 'A Century of Memories" Brief memories and historical milestones by those who have lived through each of the decades. "Ribbon of Time" A very special ribbon cutting ceremony begins "For Future Generations " Our keynote speaker presents a vision for the Santa Monica Pier in the next century as the ceremonial ribbon is cut! Fanfares and Flourishes performed by the 14 member Los Angeles Brass Ensemble "Portrait for the New Century" Re-staging of the his... 09/09/2009
Comments 1 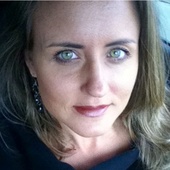 By Connie Tebyani, Platinum Home Staging, Los Angeles and Ventura County
(Platinum Home Staging, Inc. : RESA-Pro)
This Home Staging was a FUN one! Platinum Home Staging, Inc. has Staged MANY homes, but it had been SO-O long since we had done a mid-century modern style, that quite frankly we couldn't even find the pictures in our back-up hard drive.  Since that time we have also greatly increased our inventory and found some additionally fabulous vendors that  really helped to make this Home Staging SING! Click on the picture to be transported to this Mid Century Modern Home Staging in Santa Monica, CA          One of the most important aspects to consider when hiring a Professional Home Stager is to ensure that they have the knowledge and experience to Stage to the style and/or period of your home.  Every home is different, the Buying Demographics are different to each area as well.  Platinum Home ... 08/23/2009
Comments 10

By Dom Naidoo, Malibu to the Marina Real Estate
(Westside Properties)
The City of Santa Monica is celebrating the opening of its first "green" street, a street that has numerous features to harvest stormwater runoff and its pollution, and infiltrate it into the ground, keeping runoff pollution out of the Santa Monica Bay.  The project was funded by the State Water Resources Control Board and the Santa Monica Bay Restoration Commission, and the City's Measure V Clean Beaches and Ocean Fund. The opening will consisted of a short presentation by City representatives including the Mayor and Council members and the state funding agencies, and was followed by a walk-through and explanation of the watershed features, including climate-appropriate plants, drip irrigation and solar-powered irrigation controller, and the finale, a rain simulation where we observed... 07/17/2009
Comments 0 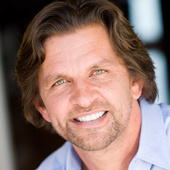 By Scott Benson
(Geneva Real Estate and Finance)
A new program was announced today by the Fed for home buyers that will allow them to sell homes short without any penalty to their credit.  Details will be released next week and I will have more details on this site.  You can also check wwww.equitynowprogram.com for other options if you or your client is upside down on your home 05/15/2009
Comments 0 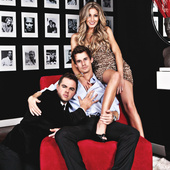 By Matt Sweeney, Rich Kids Real Estate
(Rich Kids Real Estate: The Brokerage)
I may be dating myself here, but do you remember the early years of the television show Beverly Hills ,90210 (not the current lunesta fiesta) where  Brandon and the gang all worked/hung at the fictitious "Beverly Hills Beach Club". They had trysts in their parents cabanas, dated the non Beverly Hills staff for the summer, and all sorts of hijinks ensued. If you have ever wanted to have this experience, minus the cabanas and sideburns, you're in luck! The City of Santa Monica has just opened the Annenberg Community Beach House which is now open to the public with such amenities as: beautiful beach side pool, guest house for parties, beach gear rental, and volleyball/beach tennis courts for rent. The property used to belong to newspaper magnate William Randolph Hearst, but is now run by t... 05/06/2009
Comments 0