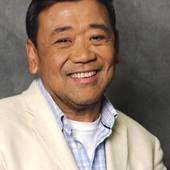 By Jane Peters, Los Angeles real estate concierge services
(Home Jane Realty)
Let’s check in on the  Palms and Mar Vista real estate market and see how it did in 2011. The MLS/CLAW covers both areas together, so the report below will combine them. Absorption rate is the number of months it will take the current inventory to sell, based on the average number of homes sold each month.  Sixmonths is a balanced market, above six months favors buyers and below six months favors sellers. Primarily a single family market, the Palms and Mar Vista is heavily a seller’s market.  Sales are up and the median price is only down slightly over the previous year. The Palms and Mar Vista condo market is also a sellers’ market with sales up significantly over the previous year.  There are always buyers for Palms and Mar Vista homes, so sellers who are on the fence, this is a great... 03/09/2012
Comments 5 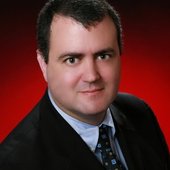 Top 33 Things To Do on The Westside

By James Engel, KW Beverly Hills
(Keller Williams Realty Beverly Hills)
We are sponsoring the Palms region of Los Angeles! Come and check out our photos and community details. Palms is a relatively new neighborhood and has fast become popular with young professionals. Palms is bordered on the south by Culver City , on the north by Rancho Park and West Los Angeles, and on the west by Mar Vista. The boundaries of Palms are National Blvd. and the I-10 on the north, the Culver City boundary on the south, and the San Diego Freeway on the west. Since the rezoning of Palms, the majority of housing goes to renters, 92% as a matter of fact according to wikipedia.com. This change has caused Palms to become one of the most densely populated areas of Los Angeles, and with good reason too. This is a centrally located, diverse and affordable neighborhood. The diversity o... 09/02/2008
Comments 0
Explore Palms, CA
Palms, CA Real Estate Professionals