By Michael Layton, Experience and Trust
(RE/MAX Desert Properties)
Ruth Hardy Park located in Central Palm Springs, CA is a large and diverse neighborhood with a range of homes to choose from.  Currently there are home from just under $300,000 to just under 2 million. See all homes for sale In Ruth Hardy Park in the central Palm Springs CA neighborhood of Ruth Hardy Park. The nice mix of residential properties makes the neighborhood one of the more interesting parts of Palm Springs. You can see everything from a celebrity home, Frank Sinatras' famous Twin Palms home is located here on Colusa - to 1940's bungalows and stunning contemproary remodels.The park itself contains a school, walking trails, several exercise stations, community tennis courts, basketball courts and picnic areas.  Named for one the founders of Palm Springs the park is walking dist... 07/27/2013
Comments 1

By Kathy Schowe, La Quinta, California 760-333-8886
(California Lifestyle Realty)
SPEECHLESS SUNDAY:  Raindance in Palm Springs We have been doing our Raindance in the Palm Springs area for the last week as fires swept through the mountains surrounding our valley.  Last night I was awoken by the soothing sounds of the rain coming down.  We are told that the fires were 49% contained, but I'm hoping that this wonderful rainstorm will help the firefighters put out the rest of the fires! 07/21/2013
Comments 12 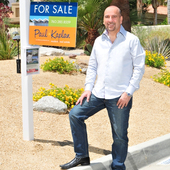 What is a "Butterfly Roof?"

By Kathy Schowe, La Quinta, California 760-333-8886
(California Lifestyle Realty)
Wordless Wednesday:  Palm Springs Fire in the Sky   Like many other parts of our country, we are experiencing the smoke, ash, and danger that comes with summer wild fires.  Tonite the town of Idylwild was evacuated and many other towns are on watch.  Our prayers go out for the safety of the residents and the firefighters who are risking their lives to help stop this fire. With this danger, comes great beauty. 07/17/2013
Comments 8

By Stewart Penn - BRE# 01339266, Stewart Penn - Associate Broker
(Windermere Real Estate - Palm Springs)
Mountain Gate, Palm Springs  Mountain Gate is one of the newer gated communities in Palm Springs comprising single story Single Family Homes ranging in size from 1200 - almost 3000 sq ft. The community has 3 Pools and Spas, Tennis Courts, a children's playgournd Boundaries Include: The Mountain Gate Neighborhood Organization is comprised of the areas bounded on the North by Alta Cresta and Summit Drive; on the South by Vista Dunes and Ventana Ridge; on the East by Mission Peak; and on the West by Oro Ridge and Vista Sol. All streets are confined within the walls of the Mountain Gate Complex. For further information about homes For Sale in Mountain Gate please contact Palm Springs Realtor: Stewart Penn - Associate Broker - Windermere Real Estate - (760) 618-1822 07/07/2013
Comments 0

By Kathy Schowe, La Quinta, California 760-333-8886
(California Lifestyle Realty)
Marilyn Look-Alike Contest in Palm Springs I can't believe it is almost time for Marilyn to leave Palm Springs!  She has become an icon in downtown Palm Springs and was voted the BEST PHOTO OPP for the city. Palm Springs Resorts is throwing a "Forever Marily Look-A-Like" Contest during Village Fest at Forever Marilyn Park to celebrate her stay! DATE:  Thursday August 1 at 7pm LOCATION:  Forever Marilyn Park  Hosted by the one and only Bella da Ball, this contest is open to adults, kids, babies, pets and professional entertainers with winners in every category. “The “Forever Marilyn Look-A-Like Contest” gives everyone the chance to dress up as Marilyn Monroe! * Forever Marilyn Facts *         The categories for the contest have been set as: - Pets - Miss Junior Marilyn (under age 16) ... 07/04/2013
Comments 7 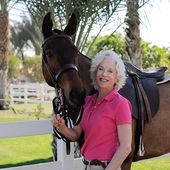