By Gene Riemenschneider, Turning Houses into Homes
(Home Point Real Estate)
The Cultural Christian Ghetto As a Christian I am amazed by our tendency to want to classify ourselves separately from the world.  We have separate sections for Christian Books, Movies, Music etc..  We like this and the world likes this too.  However, I think we should be involved in the arts on a level that puts our beliefs into the world.  We need to be making art that reflects our values and beliefs while appealing to a broader audience.  I bring this up as I rented an excellent movie the other night.  I kind of grabbed it at the last minute as I had a coupon for a free movie and needed to use it.  I had no idea it was a Christian movie.  Now some of you are already thinking that means it is censored or a kids movie.  You would be wrong.  It is a very violent movie with rough languag... 03/31/2010
Comments 8

Homes for Sale in Brentwood California

By Gene Riemenschneider, Turning Houses into Homes
(Home Point Real Estate)
This is Janson! Janson wanted me to put a big picture of him up on the Internet.  So here it is.  He is wearing my classes and I think this might have been last fall after he had broke his arm. Janson will be 6 in June.  Janson will tell you that he is very tough. (note the band aide on the chin.)  He likes to tackle daddy.  He is also good at sneaking food.  He also told me how smart he is now that he is 5 and in school, and then explained that George Washington invented the Microwave oven.  Normally I would blame this on the schools, but he is home schooled. Janson is the 4th of my 6 boys.  Janson Peter Riemenschneider is his full name.  All my kids have family names.  By son 4 we felt we were running out.  However I am descended from a man named Peter Janson from around the American ... 03/07/2010
Comments 7

It is Baseball Time Again

By Gene Riemenschneider, Turning Houses into Homes
(Home Point Real Estate)
It's basball time again. I love baseball, it is the most American of sports , stressing team and individual skills.  It is the only major team sport I can think of where the object is not to move the all into some kind of goal.  My oldest son liked baseball but never excelled at it and has given it up to focus on wrestling and spring football to get ready for high school next year and that is fine with me. Son # 2 is a star and at 11 years of age will play in the Little League Majors out in Walnut Creek where his mom lives.  He is a first basemen and will do some pitching this year.  He is left handed hence he plays first instead of his beloved short stop.  He is very fast and a great defensive play, and not bad with a bat. Son 3 did t-ball in Little League last year and son 4 his getti... 03/07/2010
Comments 11

California - Get Out of Jail Free - Except for the Green Criminals

By Gene Riemenschneider, Turning Houses into Homes
(Home Point Real Estate)
In California we are about to release thousands of prisoners to relieve over crowding and due to budget issues.  We have seen enough high profile crimes recently in California to know how good they are about selecting which prisoners to release.  I have no problems with realistic reform, and I want to see people get out that are capable of putting an honest life together.  However, so far the we have not provin very good at this and these people are not being released for any reasons but budget and over crowding issues.  There have been some good solutions to both the budget and over crowding issues, but Prison Guard and other government unions put off them limits and there is not enough time to implement them now even if we could get the politicians to stand up to the unions. This is g... 03/06/2010
Comments 13

I am not a Doctor! I am a Realtor!

By Gene Riemenschneider, Turning Houses into Homes
(Home Point Real Estate)
I am not a Doctor!  I am a Realtor! In this past year I wasted some money on coaching.  I will not say all coaching is bad, but the coach I worked with was.  I will not mention his name, let's just leave that underground for now. One of the big pitches was is to act like a Doctor and limit access to myself.  To only make myself available so many hours a day for phone calls.  In fact there was one coaching session where he talked about letting people wait for you in the office before going out to meet with them, to kind of show them who is boss. Well I am not that kind of person and I am not a doctor. I understand about time management.  I also understand when I have to wait at the doctor.  The doctors day can be filled with many unexpected problems, some of them very serious.  In genera... 03/04/2010
Comments 18 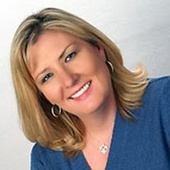 NOTICE OF DEFAULT IN BRENTWOOD? NOTICE OF TRUSTEE SALE? FORECLOSURE?

By Nicole Monary, Nicole Knows San Diego Neighborhoods
(Sellstate Next Gen Realty)
NOTICE OF DEFAULT IN BRENTWOOD?  NOTICE OF TRUSTEE SALE? FORECLOSURE? SAVING MY BRENTWOOD HOME FROM FORECLOSURE  Here's how you can sell your Brentwood home for less than you owe the bank, avoid foreclosure, save your credit and get your lender to pay all the costs-for FREE!  A new informative e-book has just been released called "The Home Owner's Guide to Real Estate Short Sales" and it is possibly the most valuable guide on how to use a short sale to stop or avoid foreclosure available today.  Inside this book, you will learn how to sell your Brentwood home or investment property quickly and easily using a home selling strategy called a real estate short sale...and owe nothing! You can stop the bank from foreclosing on your Brentwood home and ruining your credit without costing you a ... 03/04/2010
Comments 0

Sunny weather bringing out the Buyers

By Gene Riemenschneider, Turning Houses into Homes
(Home Point Real Estate)
This weekend was beautiful and with football season over the buyers were out.  I had one of my best open houses ever.  The buyers were serious and they spent a lot of time in the home going over details of the home. It seems that every year when the sun comes out in the Spring we find the buyers coming out.  This year with the Home buyers tax credit expiring April 30th (You need to be in escrow by this date) the buyers are particularly interested in getting a home.  Also many buyers understand that interest rates will begin to climb soon and want to beat the interest increases. If you are thinking about Buying now is the time to get moving. 03/02/2010
Comments 2

By Gene Riemenschneider, Turning Houses into Homes
(Home Point Real Estate)
As some of you know we just had a Baby.  Just got back from the hospital where they served both of us a "luxury dinner" tonight.  Baby seems to be fine.  I am going to make French Toast to take my wife in the Hospital tomorrow morning.  It is her favorite.  I am also taking all 5 of Barit's brothers to meet him.  After that I have an open house then I pick up moma and Barit to take them home.  My oldest 2 have really pitched in to help me.  I am tired and want to get this last post in this week so I am going softball and posting more pics. 02/27/2010
Comments 7

By Gene Riemenschneider, Turning Houses into Homes
(Home Point Real Estate)
Today at 6:43 PM my 6th son was born and I am overwhelmed with joy.  From the first to the last they are all special to me.  He was born premature at 36 weeks, however, he is a big boy at 7 pounds 11 ounces.  All my sons have family names as does Barit.  Barit is a maiden name somewhere in my mothers family tree.  Edward is my brother-in-laws middle name and we wanted to honor him. My wife really wants a girl, but he is loved and viewed as a blessing from God.  She is doing fine. There are some minor concerns with his breathing and blood sugar, which is common in premature babies and should resolve itself.  I will trust in the prayers of my friends that he will be home with us by Sunday night and the complications will resolve themselves.       Psalms 127: 3-5 says: Sons are a heritage... 02/26/2010
Comments 8

By Dom Naidoo, Malibu to the Marina Real Estate
(Westside Properties)
Brentwood is a district in western Los Angeles, California, United States; it should not be confused with Brentwood, California, in the San Francisco Bay Area of Northern California or the Brentwood area of Victorville, California.Brentwood is located at the base of the Santa Monica Mountains, bounded by the San Diego Freeway on the east, Wilshire Boulevard on the south, the Santa Monica city limits on the southwest, the border of Topanga State Park on the west and Mulholland Drive along the ridgeline of the mountains on the north.Nearby neighborhoods and cities include Pacific Palisades on the west, Santa Monica on the south, West Los Angeles and Sawtelle on the southeast, Westwood on the east, Bel-Air on the northeast and Encino on the north.Mail to the Brentwood district is addresse... 02/26/2010
Comments 0

The Purpose of America is Not Prosperity!

By Gene Riemenschneider, Turning Houses into Homes
(Home Point Real Estate)
Today many of us are worried about our jobs, our homes, and our bank accounts.  I am! There are many in the government concerned about how to help us prosper and what tax rate might help us prosper the most.  How much government might help us prosper the most?  Once I heard a supposedly conservative Republican comment in defense of keeping the current Bush tax cuts in place that he felt the current level of Taxation was just fine and at the optimum level to maintain economic growth and support reasonable government programs. This is all putting the cart before the horse.  The Purpose of America is to provide as much Freedom so people can achieve all that God has intended for them.  I am not so naive as to think we do not need government, I also understand as the country grows and grows ... 02/21/2010
Comments 16

By Gene Riemenschneider, Turning Houses into Homes
(Home Point Real Estate)
I just found out I passed my Broker Exam I took on Wednesday.  I must say the California DRE is very prompt about getting back to you on the results.  I found them posted on line today. I have spent months preparing for it.  I had to take 5 courses on different aspects of real estate and pass on line course exams.  I then spent a couple of months doing test preparation.  You do learn a lot about real estate and the job of being a Broker while getting ready for the test, but there is a lot of esoteric information: Do you know how long a Chain is?  It is 66 feet or 4 Rods. Well if you read the above you now know that a Rod is 16.5 feet.  There are 100 Links in the chain.  Do the math to figure it out in inches. Probably learning how big an acre is and what a commercial acre is is more imp... 02/19/2010
Comments 6
<< Previous 1 2 … 32 33 34 35 36 37 38 39 40 … 45 46 Next >>
Explore Brentwood, CA
Brentwood, CA Real Estate Professionals