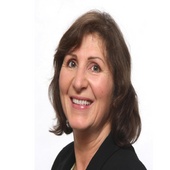 Wordless Wednesday in Langley - Where Have All the Cherries Gone?

By Karen Hawkins, MBA - Langley & Surrey, BC
(Royal Pro Real Estate Network)
I guess I can't really blame the birds in Langley anymore...(our newly planted Ranier Cherry tree being "picked" by our pooch)! If you are looking for a property in the Fraser Valley to plant your own cherry tree, please give me a call and I would welcome showing you the best homes that Langley, Surrey and White Rock can offer! 07/26/2011
Comments 14

Cultus Lake, B.C. - Investing in An Autumn Walk on the Beach!

By Liz Moras Migic, Chilliwack, British Columbia - Realtor
I love Cultus lake in the summer - but so do a lot of other people!  There's something cool about walking on the beach in the Fall though........Choppy waves.....crisp, cool breeze...and autumn leaves competing for beach space with the sand.  The wharves sway desolate enjoying the rhythm of the waves...  Sailboats whisper 'finally its just you and me'....! There's no one out there... But me   A little red Rowboat... Want to experience Cultus Lake in the Autumn? Cultus Lake Bed and Breakfast Cultus Lake Cabins & Cottages Cultus Lake Vacation Rentals Better yet - do you want to own Real Estate at Cultus lake? Let me show you how! Properties for Sale in Cultus Lake Also see Beautiful Cultus Lake - A Perfect Family Getaway - Chilliwack, B.C.                                                  ... 10/28/2009
Comments 11 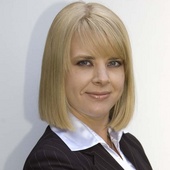 SOLD-Beautiful House in Sardis, BC

By Olena Osipov
SOLD NEGOTIATED $10,000 OFF OF THE LIST PRICE I BROUGHT A BUYER FOR THIS HOME   $389,900 LIST PRICE 5263 MARKEL DR, SARDIS, BC Executive home in quiet cul-de-sac on Promontory. Large kitchen with island. 3 bdrms up and large 20x30 media room with wet bar down. Tastfully decorate throughout with sunken living room. Fenced, landscaped yard with large deck. WOULD LIKE TO USE MY NEGOTIATING SKILLS TO YOUR ADVANTAGE? CALL OLENA @ 778.991.3293 TODAY. View more pics at www.olenaosipov.com 10/01/2009
Comments 0

By Terry Chenier
(Homelife Glenayre Realty)
Gong'an county, located in the Province of Hubei, China, recently issued an edict that everyone must smoke!  Everyone must smoke! That was the order given to state employees. They must consume 23,000 cartons of locally-made cigarettes over the next year. To make sure everyone complied, the county even set out monthly consumption quotas. At $29 a carton, the plan was slated to force workers to buy $670,000 worth of locally made cigarettes this year. Organizations that failed to meet their quote would have their budgets cut.    The decree was intended to benefit local tobacco firms, and since cigarettes account for 10% of tax income, it would also help prop up the counties balance sheet. "We're guilding people to help contribute to the local economy", said one official of the county cigar... 06/22/2009
Comments 15

Presidential Seal and Everything!

MY BROTHER KEEPS ME FOCUSED!

By Terry Chenier
(Homelife Glenayre Realty)
This is Alexandre Bilodeau, skier. Most people haven't heard of him, and the skiing's not the story. After emerging as a promising 18 year old rookie, he fizzled. Then he went nuts! FIVE gold medals, World Cup Champion, World Champion and at 21, Canadian champion.  It's hard to say what causes any athelete to break through the mental barier, but for Bilodeau-it was ATTITUDE. He sat down with sports psychologists, studied great athletes and tried everything-nothing worked! The real grounding force was his older brother,           idol and best friend, Frederic. Frederic has cerebral palsy,                a disease that affects body movement and muscle coordination. The doctors told him he wouldn't be walking after 12 years of age. He's 28 now, and he skis. It keeps Alexandre in perspect... 04/28/2009
Comments 14

By Terry Chenier
(Homelife Glenayre Realty)
El Cordobes was undoubtedly one of the greatest bullfighters of all time. Spain elevates these people to the status afforded rock stars or soccer players, and their earnings reflect it. Lately though, 2 brothers, Cayetano and Francisco Ordonez are grabbing all the headlines. After their father died in the bull ring, their mother tried to keep them away from it; but it's in their blood, going back several generations. Bullfighting evokes a lot of negative emotions, especially among North Americans. A few years ago, I was in Madrid and had the opportunity to watch several fights. It was quite a spectacle, with the music, the crowds and the pageantry. I was fortunate to be with a Spanish guide who explained all the idiocyncracies. To the uninitiated, bullfighting looks like a brutal spor... 04/27/2009
Comments 16

I Have Every Tool On The Planet!

Speechless Sunday - Which Way Do I go?

By Liz Moras Migic, Chilliwack, British Columbia - Realtor
An "Aha" moment is one of those times in your life that all the pieces fall into place. A moment of clarity that enlightens and actually changes you. Please join and share in our New ....Aha group! :-)               "When the market shifts most people get confused and start believing that the floor is the ceiling when actually the ceiling is now the new floor. Our world and assuredly our markets are being built from the ground up and you can get in on the bottom floor and ride the next wave to the top. Forget about the past, the future is going to be controlled by those who see the opportunities that lie ahead and are rewriting the rules. You can either live in the past or break free to the future." Gary Keller                         ... 01/31/2009
Comments 24
Explore Sardis, BC
Sardis, BC Real Estate Professionals