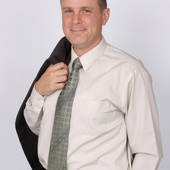 Get to know Juba Team Realty

Broker / Owner of Juba Team Realty and was the agent of the year for the state of NJ in 2005. Nick also received  Platinum Status for production in 2005-2010. Nick was also awarded NJ Circle of Excellence Platinum in 2008 & 2009. The Juba Team Ranked in the Top Five Real Estate Teams WorldWide in closed transactions in 2008. (#1 in NJ, #2 in USA, #5 Worldwide)
Nick is a resident in Jefferson Twp and is married to his wife Sabina and has three children. (Nicholas,Isabella,&Alexa) Nick is also a graduate of the School of Business at Montclair State University. His Concentrations were Marketing & Business Law.

Nick directly handles all seller side obligations; (advertising, promotion & feedback) Nick has personally handled hundreds of transactions for his clientele in his career. Nick is a Pre- Foreclosure (Short Sale) Specialist and is an REO / BPO agent for multiple financial institutions including Bank Of America.