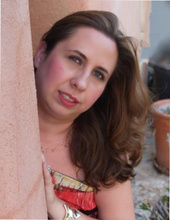 Get to know Kasondra Spears

Kasondra “Kasy” Spears started her business career by developing a production company World Wide Productions when she was in the seventh grade that is still is in business today that has expanded to producing marketing campaigns, commercial, and indi film works like 13th Dream which is in current production. Shortly after her success with her production company her family decided to buy and franchise a restaurant called Ocean’s Fish & Chicken offering high quality food and catering services to people in her town. Kasondra worked with her family for four years marketing the restaurant with radio ad campaigns and TV commercials until she graduated high school in 1994. While on her travels she began to build international relationships with people, celebrities and created an import export company called Wanna Bee’s were she would travel and find treasures and sell them in her store. She later worked with American Airlines, Wells Fargo and Dell Computer for various projects and continues to develop business relationships with people and companies worldwide.

On a personal note Kasondra has a love for the arts and is a photographer with a Varity of notable gallery appearance of her works, a writer with a new book being published active on the water and world traveler. She has had the pleasure of meeting and working with a Varity of top notch celebrities, and Royalty.  No matter how busy she is Kasy still finds time to give back to her community, and is very passionate about volunteering her time and money to support numerous charities and causes. We are in a global community and if we do not take the time to teach and inspire our children and youth to be the next leaders, then we have failed as a society and are doomed for it. I believe we need to continue to inspire people to push beyond their comfort zones and grow as a people. We have the power to end hunger, ignorance and poverty; it starts with the person in the mirror.