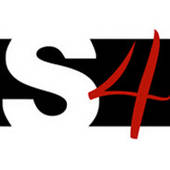 Get to know S4 Group

S4 Group is comprised of a team of local real estate professionals committed to selling some of the most desired homes in Maricopa County. Selling these "right addresses" is the mission of S4 Group. Let us know what you're looking for. Please take advantage of the helpful tools on this website, including our exclusive Maricopa County Real Estate search, but also feel free to contact us personally regarding how the S4 Group can help you.

After a 27 year career as a division manager for The United Parcel Service, Kevin retired at age 46 and started a 2nd career in real estate. He graduated from The Arizona school of Real Estate and Business in 2004 and joined Russ Lyon Realty where he became a multi-million dollar producer within his first 18 months. Kevin has been recognized as a top producer in each subsequent year. In 2008, Kevin joined Keller Williams Sonoran Living and founded the S4 Group which began by specializing in short sale transactions in a failing economy. As the real estate market struggled, the S4 Group grew and quickly became recognized as short sale experts. Ultimately, S4 became the real estate group of choice for the Arizona Bankruptcy Court System. As the market shifted again, Kevin incorporated another business segment creating a synergy between investors, contractors, and specialized trades in fixing and flipping distressed properties and at the same time, improving neighborhood values. As the market slowly rebounded, Kevin added a luxury division to his S4 Group which today includes luxury resales as well as custom spec homes and build to suit customs. In 2014, the S4 Group closed $35 million in real estate transactions. In 2013, Kevin was ranked #28 in the state of Arizona by RealTrends.com. The S4 Group now has recently expanded operations into Southern California and will soon include the greater Las Vegas Area. Kevin resides in Ahwatukee, Arizona and recently celebrated his 33rd wedding anniversary with his wife Ronda. Kevin and Ronda have 3 married daughters and a total of 9 grandchildren (#10 is scheduled to arrive in August)

Jenny McCall has worked continually in the Real Estate Business since 1995 and has been selling Real Estate since 2006. In 1995 at the age of 22 Jenny purchased her first rental property and grew her portfolio to 7 residential properties and 54 acres of land. In 2006 she transitioned away from management and into sales. In the years since Jenny has become one of the most admired and respected agents in the local Scottsdale KW Offices. She has been featured in Residential Real Estate Magazine, Honored as the KW Regional Icon and has maintained the Multi Million Dollar Producer Award with the South East Association of Realtors. Jenny currently serves on the Agent Leadership Council as the Director of education. Jenny's business now blesses her with the ability to work with selected clients while enjoying raising her 3 children with her husband David of 17 years.

Tara Walcott received her real estate license in 2004 and began her career as a sales consultant for Brown Family Communities specializing in new-build construction. Combining her background with her entrepreneurial spirit, Tara founded the Agent Concierge Services at Keller Williams Sonoran Living specializing in transaction management. Tara was instrumental in the development of a streamlined short sale process that has been utilized by The S4 Group since 2009. In 2012, Tara accepted the responsibility of working with and representing sellers who needed to get out from under a mortgage and/or found themselves involved in Chapter 7 and 13 Bankruptcy. In early 2014, Tara became a Partner and manager in The S4 Group and serves in the role as liaison between short sale clients, their legal counsel, and lienholders in the short sale process. Tara currently serves clients in the Phoenix Metro Area and Tucson and is assisting with the Group’s expansion into Southern California.

All About The S4 Group and Their Members