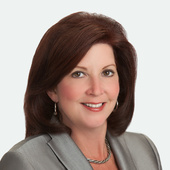 Peggy Patenaude is a leader in real estate sales and downsizing in Andover,MA. She has won over 58 awards since she began her career in 2002, including top Sales agent in Massachusetts.

Get to know Peggy Patenaude

Peggy Patenaude is a leader in real estate sales in the Andovers, an affluent suburb of Boston.  She has won over 58 awards since she began her career in 2002, including top Sales agent in Massachusetts for her nationwide company.  In 2010 alone, which was considered a challenging year in the real estate industry, Peggy alone, sold $18,500,000 in property.  Peggy is the "go to" person when considering downsizing and has considerable experience guiding homeowners through the process of putting their home on the market to sell.  With the highest integrity and an iron clad reputation, Peggy is a valuable and reliable source.

One Size Doesn't Fit All

Peggy is the downsizing expert in Andover and North Andover, Massachusetts. The author of a monthly column in the North Andover Citizen, Peggy is the go to expert for anyone considering downsizing. Her expertise lies in making the process from overwhelming to an enjoyable experience. Peggy's arsenal of resources related to downsizing ensures that her clients recieve the best service with the least amount of disruption while going through the process.