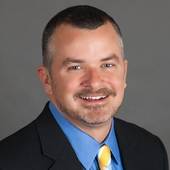 All about Asbury Park.

Get to know Paul Vail

Paul Vail is an associate broker at BHHS, Signature properties and former broker-owner of Vail Realty later BHHS Vail Coastal Properties. He has been a realtor on the Jersey Shore for over fifteen years and is a passionate advocate for the Asbury Park and Ocean Grove region.

Paul's grandparents and great-grandparents were Asbury Park natives and very much a part of the hotel, banking and real estate industries here. When he heard about Asbury Park's revival in 2001, he knew instantly that he had to be a part of it!

Proud to call Asbury Park Home, Paul was born and raised in Massachusetts. He graduated from Boston College High School in 1982 and Washington & Lee University in Virginia in 1987. As a language buff, Paul studied Spanish, Italian, French & Mandarin. He worked in Taipei, Taiwan from 1987 to 1991 and later in Bangkok Thailand from 1991 to 2001 in his first career in the copyright and patent protection industry. He also established Paul’s Antiques in Bangkok, Thailand which is still in operation at www.PaulsAntiques.com

Pick of the Week

When I list a home, I make sure to get the word out!  Home marketing is key to getting sellers the best possible price.  Call me anytime for an an appointment:  732-898-2646